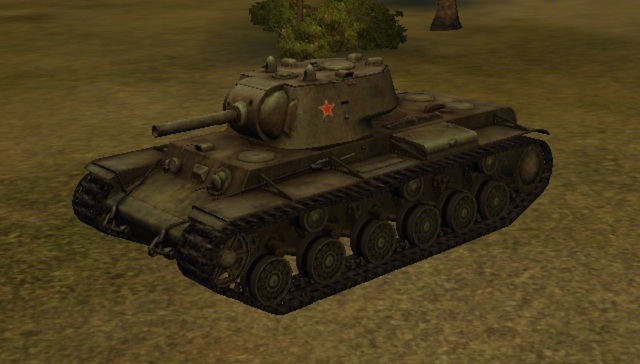 KV-1 is first heavy tank available for Soviet commanders. This tank I very slow and not maneuverable: the engine is very weak, thus reaching the maximum speed is very hard. On the other hand the armor is good enough to fight with all 5 tier tanks and range of available cannons should satisfy all players. After getting the elite status, this tank often gets its permanent place in the garage, while it is perfect to earn credits.

KV-1 has several development paths; the one proposed below allows us to quickly use the great firepower in order to gain experience.

First thing we should develop for KV-1 is 57 mm 413 cannon. Depending on our preferred gamestyle, this cannon can be sufficient till the end of our adventure with this tank. Next step should be researching M-17F engine and then suspension. With the increased capacity we will be able to mount a new turret, which will not only increase our HP, but is also so well armored that 5 tier guns will ricochet on it. At this point we should decide which gun we want to use. A 85 mm F-30 cannon has good penetration and 122mm U-11 howitzer allows us to shoot large shells. After developing suitable weapon, we research other modules and vehicles. 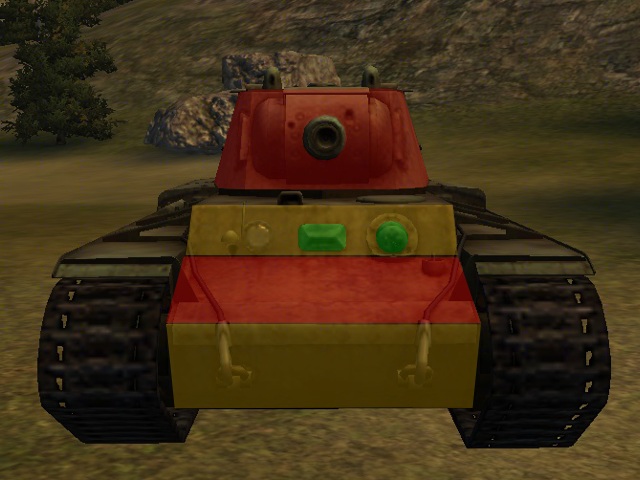 Despite the fact, that KV-1 is most armored 5 tier tank in the game, it still has some weak points. Most important of them is top front plate with driver sight and machine gun stand. Both these points are poorly armored and easy to penetrate. Top plate alone is quite resistant and to break through you need at least cannon of 100 mm penetration and shoot at right angle. Bottom plate armor is similar to one from the top plate and it is also to break through with cannon of 100 mm penetration. Middle front plate is almost impenetrable for 5 tier tanks and stronger tanks also can have problems with that. By shooting KV-1 from the side or rear try to attack at the right angle and hit above tracks. Since the armor at this point is 75mm/70mm thick, cannon of min. 80 mm penetration should inflict damage from time to time. By shooting at its rear we can set the tank on fire.

The KV-1 turret has 110 mm of armor on each side, thus we should never aim at it. In addition, on the front of the cannon, yoke is located, which increases its resistance.