T110E5 is the last American heavy tank available in the game. It can be described in two words: M103 plus. Better armor, higher fire rate, higher maximum speed, higher acceleration and smaller silhouette. It is armed with the same cannon as M103 - 120 mm M58 and uses same maneuvers, but thanks to all small amendments, is much more dangerous opponent.

T110E5 from the very beginning has elite status. 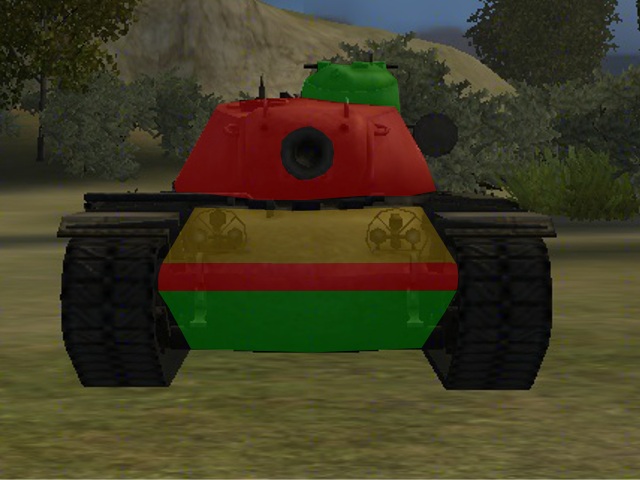 T110E5 has a little tougher hull than M103, but still shares all weak points with its predecessor. Weld is almost indestructible, top plate rebounds most shots and bottom plate can be penetrated by most tanks, which we encounter on battlefield. Sides and rear of the hull are weakly armored and tracks absorb most damage.

Turret of T110E5 is much smaller than the one from M103, but also more resistant. The weak point around the yoke was removed and commander's cupola was strengthened. Despite this fact, that cupola is still the best target if we want to destroy T110E5 from the front at short distance.

Sides and rear of T110E5 are as poorly armored as ones in M103 and easy to penetrate. Locations of ammo rack and engine are standard.