M103, American 9 tier heavy tank, is a giant leap in quality compared to two previous machines. This vehicle is very maneuverable and has good relation between engine and its weight, so it accelerates quite well. Its hull has been significantly strengthened from the front and weakened on sides and rear. Bigger turret has weaker armor than the one from T32, but thanks to rounded shape it can rebound many shells on its front. Inside the turret we have one of the best cannons in the game: 120mm M58 - this gun is capable to penetrate all tanks in the game even on very long distance. This tank is ideal for both keeping the line as well as breaking the flank and raids behind enemy lines. Platoon consisting of 3 M103 is very mobile and dangerous enemy, able to change fate of the battle.

First and most important module to research is new cannon, 120 mm T122 - without it we will have to use 105mm T5E1, which is not adequate for this tier vehicle. Since M103 can have new turret without changing the suspension, we should develop it later and then collect experience for 120mm M58 cannon. Next step is researching the engine, after that we develop suspension and a radio as a last thing. 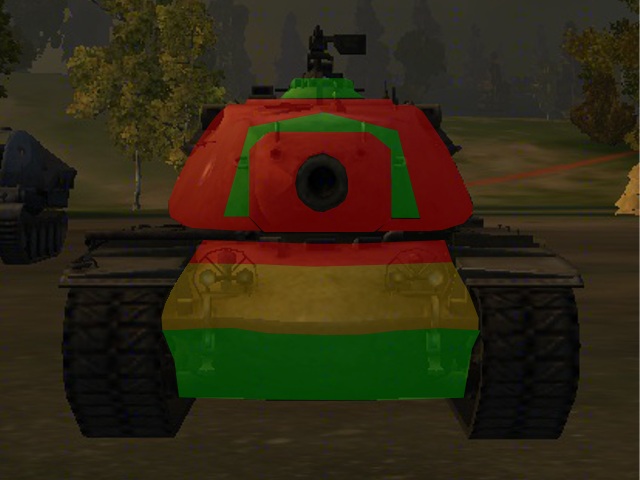 Unlike T29 and T32, M103 has more resistant hull. Hit at its central part (weld) ricochets often. Top plate is less resistant but set at high angle, thus shells will ricochet there too. The most vulnerable point on M103 hull is bottom front plate - it can be penetrated by almost every cannon, so good driver should know that it must be protected.

Turret of M103 is less armored than in T29 or T32. The given value is 127 mm, but cannon's yoke is so thick that even 270 mm of penetration is not enough to regularly break through it. Unfortunately M103 has several clearly visible weak points. Both, the commander's cupola and armor around the yoke can be penetrated with 7 tier cannons.

Attacking M103 from sides we got one big practice shooting target: both, the hull and the turret can be easily penetrated if this tank gets flanked. The same situation is with rear attacks. Location of ammo rack and engine is same as in other American tanks.