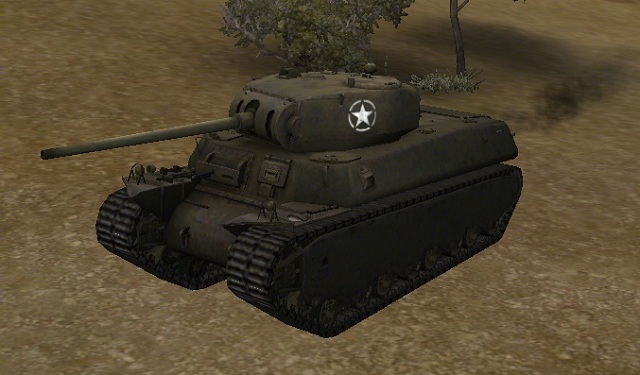 T1 heavy is first heavy tank available for American commanders. It is characterized by high silhouette, a solid 76 mm M1A1 cannon and, after researching, very good engine. Due to relatively weak armor compared to real heavy tanks as KV-1, this vehicle is not suitable for first line fight. Thanks to high power generated by the engine and maximum speed (35 km/h), it can keep up with medium tanks and flank enemy forces with them.

First module we have to research is new suspension - without it T1 heavy can't mount new modules. The next step should be an engine - Wright G2X M781C9GC1. After that - new turret and cannon. Before researching new tank we should invest in best available engine: Wright G200 M781C9GC1 and SCR 538 radio.

Having cannon with about 100 mm cannon penetration we should break through T1 heavy in any point on the front plate, not to mention random ricochets. In case we do not have such powerful cannon, we can easily attack it from the flank or rear. 40 mm of armor is any obstacle, even for most 3 tier guns.