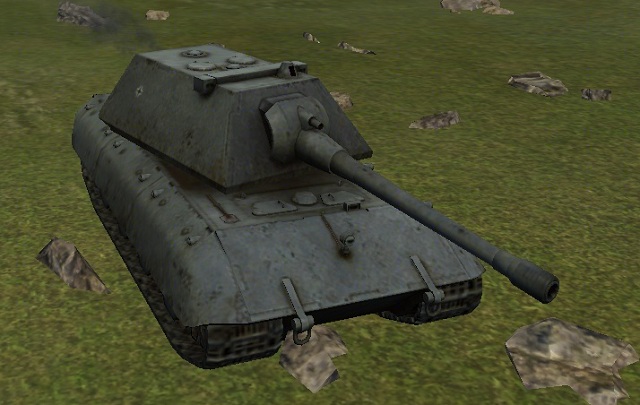 E-100 is the first of two 10 tier heavy tanks available for Germans. This vehicle has even stronger armor than its predecessor and even more HP. Additionally E-100 has an access to the largest cannon, heavy tanks can use: 15cm KwK 44 L/38. Role of this tank on the battlefield varies dependently on mounted cannon: with the basic equipment it can easily shoot on the medium distance and after installing second, less accurate gun, it is forced to fight at short range. Despite high numbers on paper, E-100 has many drawbacks. It is slow, has many weak points, which can be penetrated with 8 tier guns and moth cannons available for it has low penetration. Due to these fact this tank is very difficult to drive and only best players will be able to use its advantages. Beginners should avoid this vehicle, because it will be only a source of frustration and maintaining it is like bottomless pit for our credits. 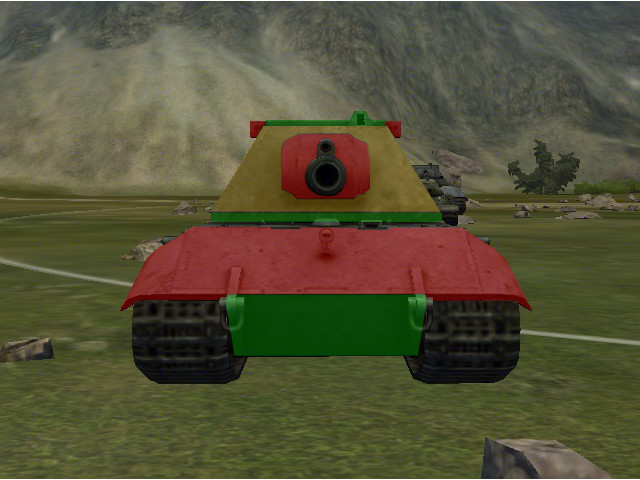 Frontal armor of E-100 is very irregular - for a tank of this size it has many weak points. Most of the space is taken by front top plate and this is the only fragment with enough thickness: in the long run it is indestructible. Unfortunately, just below it we have bottom plate, which can be damaged by all tanks we encounter. Shooting at it at right angle, at 50 meters distance, we can count on the break through with all cannons of 200 mm penetration (or higher). Only at very short distance, the shooting angle is so high that hitting the bottom plate will result in ricocheting. Protection of this point is the main task of E-100 driver, because it is not only easiest way to damage our tank, but also every effective shot can set us on fire. When we manage to get closer to the enemy, we will notice further drawbacks of the giant: turret is not so resistant, as we thought. Cannons of 270 mm penetration can boldly shoot at front plate. Players with weaker cannons can aim at the lower part of the turret, right next to the hull - even cannons of 200 mm penetration can break through this point. As a driver of E-100 we have to know how to defend against such attacks. The best method is setting the turret diagonally while reloading, which increases effective frontal armor and hinder the penetration. 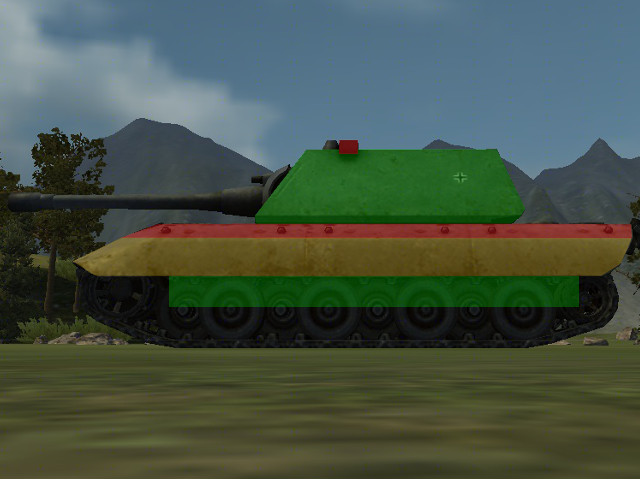 Side armor of E-100 is not as thick as frontal one. The turret can be penetrated at the right angle with all 8 tier cannon. The same situation is with hull, but we have to aim more or less at its middle. Too low shot won't damage it at all and too high can ricochet on the double armor E-100 has. Setting the side at the angle makes it much harder to break through and increases chances of ricocheting.