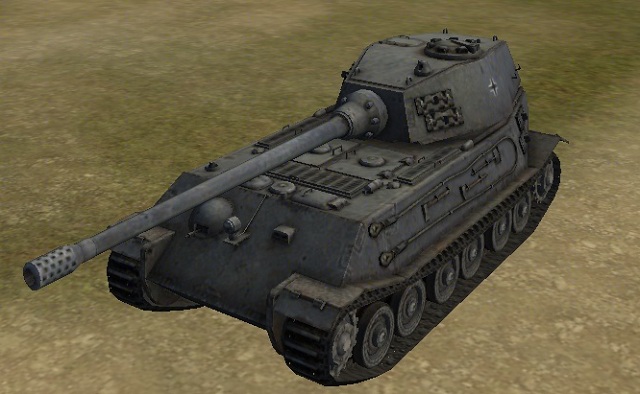 On paper VK 4502 (P) Ausf. B 9affectionally known as Minimaus) may look like a copy of E-75: it is slow, has thick armor, and has the same cannon and even more HP. However, in contrast to other German tanks, its turret is located in an unusual place: at the end of its hull. At first it might seem as a huge drawback, but with the right leaning out from behind buildings and ruins, this can be a huge advantage of this vehicle. In addition, thicker front armor guarantees that most of shots hitting our front will ricochet. This tank, despite its unique design and a way of driving, should prepare us well to drive its successor - Maus.

Since VK 4502 (P) Ausf. B uses the same engine as VK 4502 (P) Ausf. A, we do not have much room to maneuver here. If we didn't drive King Tiger before, the best available cannon for us will be 10,5cm KwK 45 L/52, which is insufficient. In this case we should consider researching stronger 10,5cm KwK 46 L/68, which will make collecting credits for other modules easier. However, if we want to get the best cannon, 12,8cm KwK 44 L/55, as soon as possible, then we follow the path: suspension, turret, new gun. 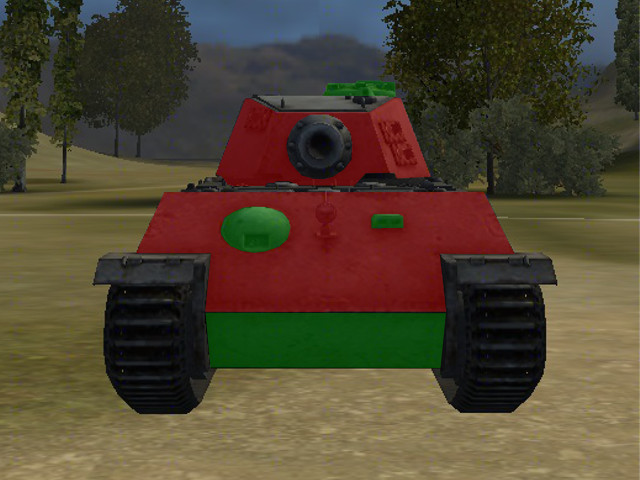 Armor of VK 4502 (P) Ausf. B is almost identical as the one which E-75 has. Front of the turret is hard to damage and the only weak point of the turret is commander's cupola. Sides can rebound lower caliber shells. Front plate, both top and bottom, rebounds most of shots, even largest caliber, if set at the angle. However, in contrast to E-75, it is not indestructible: front of the Minimaus has two weak points, making possible to defeat it at short distance. These are machine gun pit and driver's sight - both can be broken through with cannons of 200 mm penetration. Bottom plate is similar in resistance to the one that E-75 has: shooting at it at right angle we should have no problems with penetrating VK 4502 (P) Ausf. B. Sides of this tank are very vulnerable to shots, as well as its rear. Ammo rack is located under the turret and engine is located in the middle part of the vehicle.