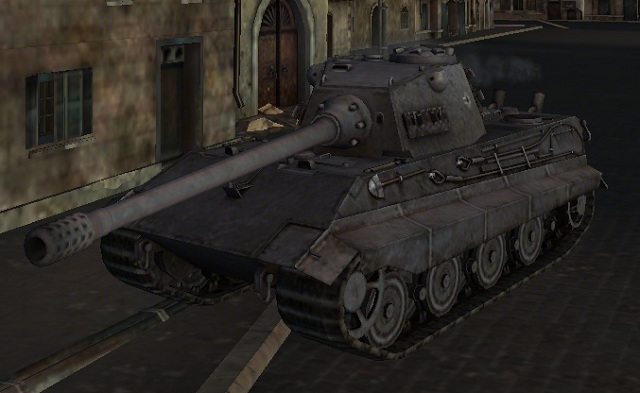 E-75 is the embodiment of all that is characteristic for German tanks: it is slow, heavily armored, has impressive firepower and huge amount of HP. This vehicle is a nightmare for all lower tier machines, because virtually none of the available guns can damage it. Fighting with opponents on the same or higher tier, it is able to hold its position and often force the enemy to stop the attack or retreat from actual positions. As a successor of PzKpfw VIB Tiger II, E75 has inherited its game style: experienced driver of King Tiger will cope well with driving a new machine, because it uses same tactics and maneuvers.

In its basic configuration, E-75 has excellent hull armor and solid 10,5cm KwK 46 L/68 cannon. The biggest drawback of new tank, is poor engine: Maybach HL 234 is not enough to move the 87 tons heavy machine, thus there are several developments paths for this tank. For players who do not mind low speed of E-75 with the basic engine, but they lack firepower, I suggest focusing on researching the new cannon, so in order: suspension, new turret and the gun. But if we're confident having 10,5cm KwK 46 L/68 cannon but lack the mobility, at first we should research Maybach HL 295 Ausf. A engine and then follow previously described path. Developing the engine is also a good idea, if we're going to buy medium tank E-50, because both machines use the same power unit. 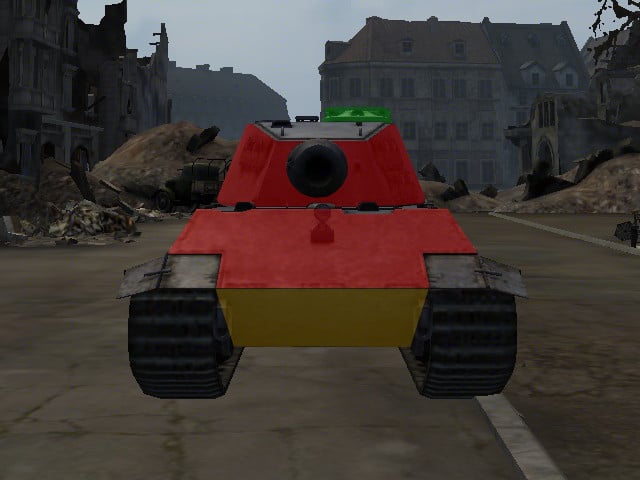 E-75 is not only one of the best armored tanks in the game, but also his front has no explicit weak points. Top front plate is the most resistant element of the tank - only cannons with the best penetration (270 mm and higher) shooting at right angle are able to break through from time to time. After setting the tank at an angle, this plate becomes almost indestructible. The front armor of the turret is also one of the best available in the game - it can rebound shells of almost all calibers. The only weak point on the front of the E-75 is its bottom plate and under favorable conditions it can be broke through even by cannons of 200 mm penetration. In most cases our cannon has to break through at least 225 mm of steel to penetrate this plate from the distance between 50 and 100 meters. In the case of E-75 you have to watch out for its tries of facehug, because in close combat effective thickness of its armor increases. In the case when we come to the contact, the only way to damage this giant is to shoot at commander's cupola.

Once we flank the E-75, we encounter armor of 120 mm, which can be penetrated with most cannons available on 7 tier vehicles. Side armor of the turret is higher and partially rounded, thus shots with higher calibers can sometimes ricochet. Like other German heavy tanks, E-75 has ammo rack located under the turret and breaking through its bottom front plate and attacks on the hull rear might set it on fire.