VK 4502 (P) Ausf. A heavy tank is unique among German vehicles. Unlike giants such PzKpfw VIB Tiger II or PzKpfw VI Tiger (P), it is quite fast but less armored machine. Due to the greater mobility it is often used not on the front line but as a support machine by strengthening weak defense points, leading counter attacks and flanking enemy. So the style of play resembles very big medium tank. Of course, despite the fact that it is less armored and armed as its counterpart - King Tiger - this tank under favorable conditions is able to lead an attack and fight frontally. But we can't overestimate the value of its armor: 30 mm difference in top frontal plate results in penetration from strongest 8 tier cannons, even if it is placed at low angle. In addition to characteristic features of German tanks, this vehicle has inherited some elements of PzKpfw VI Tiger (P): turret moved to the front makes a fight in built-up areas easier and high silhouette makes it easier to be hit.

Since 8,8cm KwK 43 L/71 cannon available for VK 4502 (P) Ausf. A is very close in performance to 10,5cm KwK 45 L/52, researching of new weapon can be postponed. In the first place it is best to research the best engine - Porsche Deutz Type 180/2 and after that suspension, turret and a new cannon. 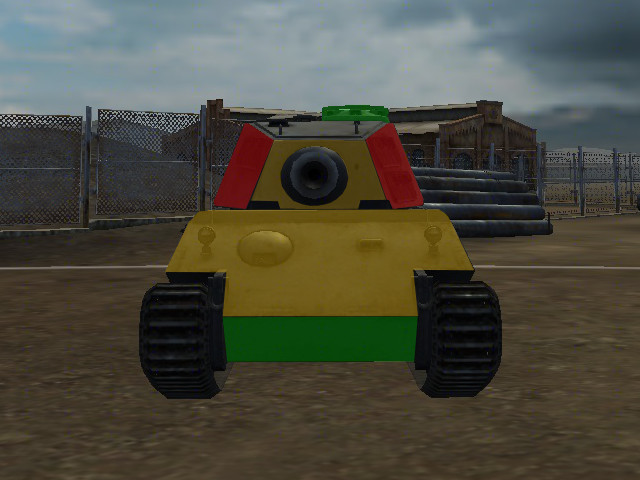 Like with the PzKpfw VIB Tiger II, when attacking VK 4502 (P) Ausf. A frontally it is best to aim at the bottom plate. If it is not possible (the opponent is hidden behind the hill for example), we can use higher caliber cannon to penetrate top part of its armor. When the enemy is placed at the angle, penetration of its frontal armor is as hard as in case of King Tiger. Same as with other German tanks, sides and rear of VK 4502 (P) Ausf. A are vulnerable to shooting - hit at the rear part of the hull can damage the engine and set the opponent on fire and hit below the turret can damage ammo rack. Turret is same as for King Tiger - it has moderately resistant front and very weak sides.