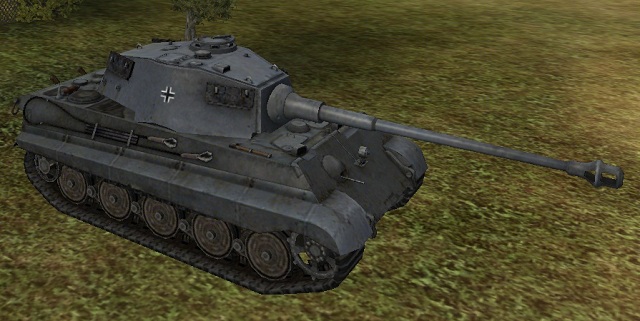 PzKpfw VIB Tiger II, so called King Tiger or just KT, is one of the most commonly used 8 tier tanks in the game. This vehicle is natural successor to PzKpfw VI Tiger, but in most cases doesn't have its drawbacks. Same as its predecessor, it has one of the best cannon on its tier, is very accurate and has large amount of HP. Unlike Tiger, King Tiger is very well-armored, both the tower and the hull, and its frontal plate is not placed vertically but at an angle, which further enhances its already impressive armor. This tank is a perfect sniper: thanks to high penetration of 10,5cm KwK 46 L/68 cannon it can easily break through each 8 tier tank, as well as seriously threaten 9 and even 10 tier tanks. Due to upgraded frontal armor it can fight in a close combat and lead the attacks on cities and among ruins. In addition, despite the low maximum speed, King Tiger is surprisingly maneuverable, so can quite easily protect its sides and rear against medium tanks.

This tank has several development paths. You can try to quickly research 10,5cm KwK 46 L/68 cannon, which will give us great firepower but leave us vulnerable for attack on short range. Another possibility is to stay with efficient 8,8cm KwK 43 L/71 and research new suspension and a resistant turret - thanks to that lower tier tanks won't be able to penetrate it regularly, but we will have less firepower. This choice between firepower and armor will define our role on the battlefield for next several dozen fights, until we research all modules. 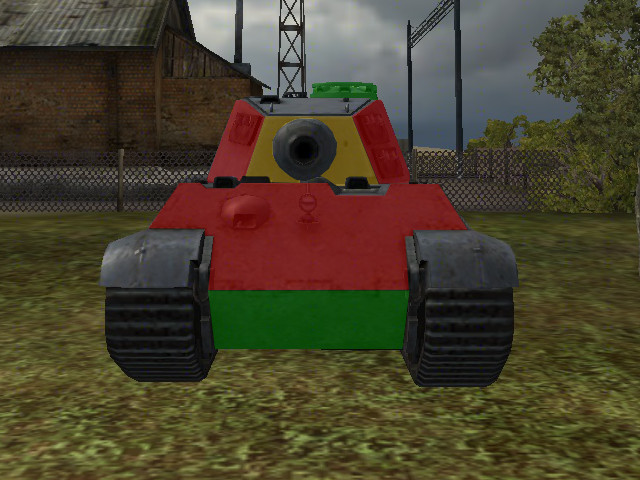 Front of PzKpfw VIB Tiger II is highly resistant to damage. When the opponent places it at the angle, the top plate becomes almost indestructible, while bottom plate will often rebound shots. In this case it will be easier to break through front of enemy turret - we can also aim at the commander's cupola. When King Tiger is placed at the right angle to us, we should always aim at the bottom plate: most shot from the guns with penetration of 175 mm minimum should break through from the distance between 50 and 100 m. Additionally, each shell which penetrates the frontal armor has a great chance to set the tank on fire. By attacking the King Tiger from the flank or rear, you won't have problems with penetrating it. If we aim a bit below the turret we can damage ammo rack, and if we aim at the rear - engine. Turret sides are very easy to be penetrated and hits can injure tankers.

...as a driver of PzKpfw VIB Tiger II?