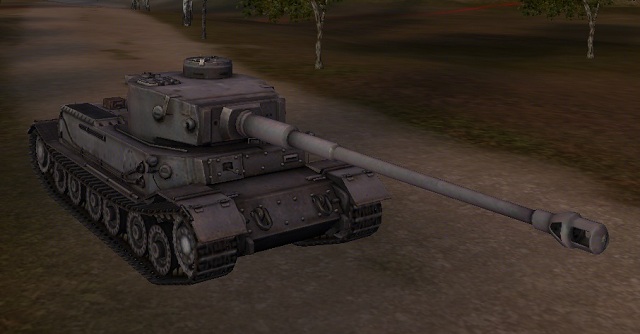 Although PzKpfw VI Tiger (P) is a close relative of PzKpfw VI Tiger, there are several major differences between these two. First of all, it is far more resistant than his cousin, thanks to 200 mm of steel protecting its front. Second - it has unique silhouette among German tanks, with turret put forward. Unfortunately it has worse engine, so it is less maneuvering, making it more vulnerable for flank attacks. Just as PzKpfw VI Tiger, it is perfect sniper - has the same cannon and sights, but thanks to better armor is much more difficult to be destroyed after detection. Thicker front plate and extended turret has another advantage: it allows Tiger (P) to fight in a close combat, in narrow streets, when situation needs it. This tank, when it is supported by several other machines, guarding its sides, is able to lead an assault on enemy fortified positions, even against higher tier tanks. The biggest drawback it is poor mobility: single PzKpfw VI Tiger (P) is quite easy target.

A path to PzKpfw VI Tiger (P) leads through VK 3001 (P), where we should have already researched 8,8cm KwK 35 L/56 cannon and 2x Porsche Type 100/3 engine. In order to install additional modules we have to research first a new suspension and after that we invest in 8,8cm KwK 43 L/71 cannon. Despite the fact, that this gun is not required to research the new tank, I suggest mounting it: it not only increases rate of fire of our gun, but also adds 100 HP and it is armored enough to stand shot of some 8 tier tanks fired at low angle. 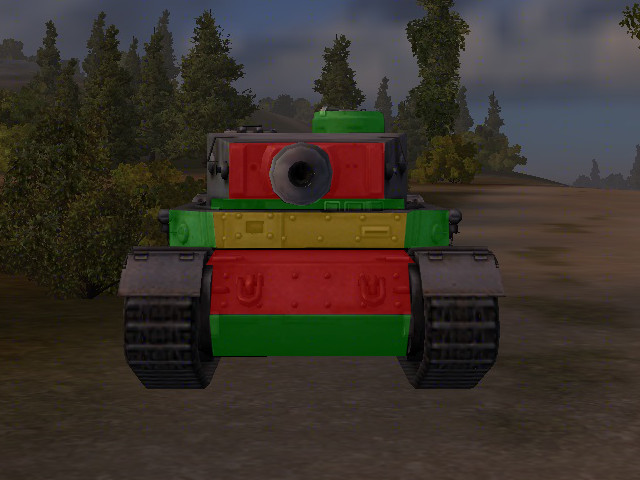 Although PzKpfw VI Tiger (P) has given thickness 200 mm on the front, its armor is very mixed. Attacking it from the front we should avoid aiming at the central plate, because it's able to rebound even shells of higher tier guns. Top plate, with machine gun stand and driver's sight, can be shot but only when the tank is at right angle to us - otherwise shell can ricochet. The best point to attack is front plate and slanted top front plate elements, which connect it with side armor. These points can be penetrated even with the 5 tier tanks, such T-34 or PzKpfw IV. If we're attacking the turret, we should fire at commander's cupola, because front also rebounds many hits. When we get the enemy from the flank, this tank suddenly becomes quite weak opponent - almost each shot can penetrate it. By aiming at the rear part of the hull we can hit the engine and set Tiger (P) on fire.