The last type of turret vehicles is heavy tank. They form the armored fist of our team and it is up to them, whether the enemy will break the front line or will be blocked and destroyed by other machines. Heavy tanks have the thickest armor within all units available in the game, as well as big caliber cannons. For this reason they are perfectly suited to block passages and even entire parts of the battlefield - they can also slowly push opponent out of his positions. These are the only units capable to receive large amount of hits and maintain full combat prowess.

Heavy tanks can be divided into two categories: heavy armored, slow giants (machined like IS-4, E-75 or Maus) and lighter, thus faster vehicles (IS-8, M103). First group mostly creates the center of the battlefield - they decide when to attack or when to start the retreat and the team should normally support their actions. A clash of two heavy tanks is very similar to the dual of two battleships: it is long shoot-out, where not each volley deals damage. Therefore to break down a line defended by number of such vehicles, you we must flank them or use the artillery. Frontal attack on position defended by heavy tanks, without using any support, mostly ends tragically with death on the foreground.

That's how frontal attack on group of heavy tanks supported by artillery ends.

A second group of heavy tanks is vehicles used to flank enemies and break down enemy lines. Machines such IS-3, IS-7 or M103 are so fast, that they can both support attack of medium tanks and break down weaker defended enemy lines. In some cases you can even try to organize them in wolfpack and destroy entire flank of enemies. After that we could try to surround the rest of slower vehicles. Using some of tactics available for medium tanks is recommended in this case.

Operating the heavy tank, we have always remember that we start each offensive action, therefore the driver must have both excellent knowledge on positions of all vehicles on the map (both allies and enemies) and must quickly determine if he got enough firepower to break down enemy lines. It is not possible to describe every situation on the battlefield, but it is possible to show some sample cases, which can happen quite regularly during the battle. One of the frequent situations: the opponent has less tanks than we do, they are the like tier. Beginners often continue the shoot-out staying behind the cover, afraid to lose hundreds of hit points, which is only advantage for the opponent. We can't think only locally - we have to get the view of entire battlefield. If our 6 tanks are blocked by 3 enemy vehicles, it means that somewhere else the opponent has an advantage of 12 to 9. In this case, the most reasonable solution is to get out from behind the cover taking several hits and then quickly approach the opponent and use the preponderance in the fight on less than 50 meters range. It is quite possible that such action will cost us one vehicle, but thanks to that we'll get rid of three opponents and open the way to its back. 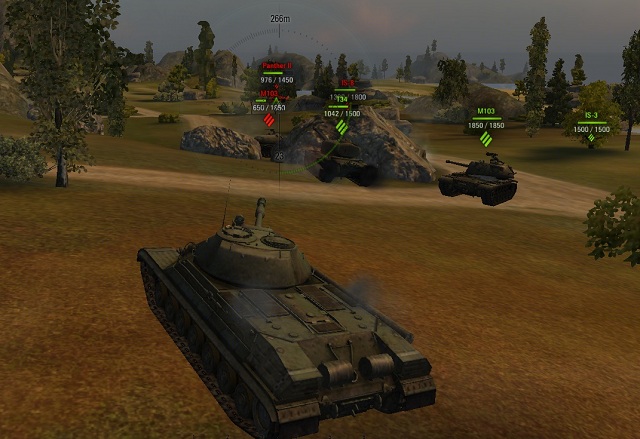 With the preponderance in heavy tanks we can perform a frontal attack and break down the enemy lines.

Another situation is a reverted previous example - the enemy outnumbers us. In this case it is useless to have a shoot-out, because in general we have less hit points than our enemy. So it is better to retreat and place our tanks in such way, that only one enemy tank is able to fight with several our machines. This is mostly useful in urban maps or mountain passes, where there enemy can't take advantage of his manpower superiority. The enemy of course will try to surround us: we counter attack his actions by firing at tracks or suspension springs. If we block the tank leading the attack, the rest of opponents will stuck behind him. 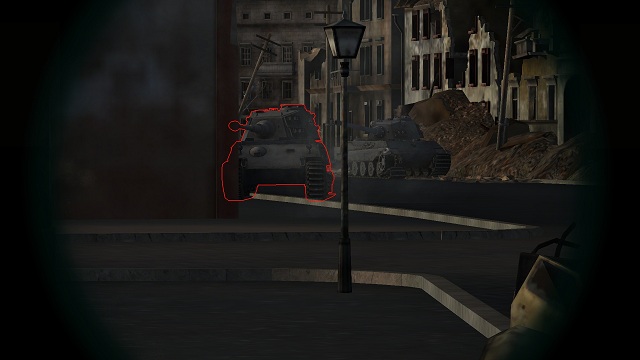 Heavy tanks not always have possibility to take part in every fight on the map and they often have to sacrifice for the team. But they are the core of the team and often force enemy to change his tactics and attack route. Experienced commander of a heavy tank will often command the fight on his part of the map and determine tactics for other groups. So we're leading lighter vehicles, we should listen to his commands and cooperate with him - it leads to quick victory.