This is the most diverse group of vehicles available in World of Tanks. They are characterized by a high mobility, large view range, medium armor and a high firepower (especially 9-10 tiers). Among them we can distinguish tanks fighting on the front line (M4A3E2), "sniper" tanks (PzKpfw V Panther), scout (T20), as well as multitask basic tanks (T-54). Depending on the map we're fighting on and vehicles available for both sides, our role can vary dramatically from the one in the previous fight. 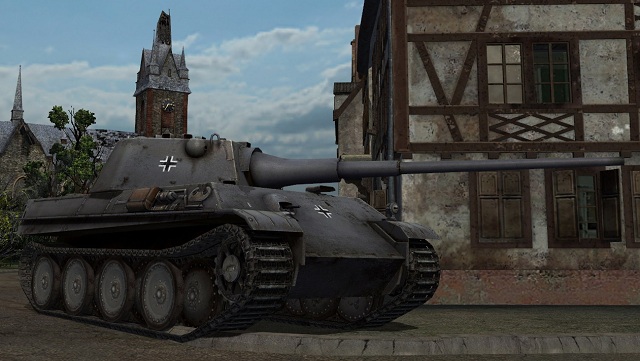 One of the main tasks of medium tanks on every map, is to quickly secure routes and important sniper positions and destroying enemy scouts or forcing them to retreat. These initial maneuvers are intended to prepare the ground for heavy tanks and tank destroyers, which is the main attacking force in the next phase of the fight. Sample place, where clashes of medium tanks can determine the winning or losing, is a central hill on the Mines map or routes on the Mountain Pass map. In the battles with 8-10 tier machines, medium tanks often act as scouts together with (or instead of, depending on available vehicles) light tanks. 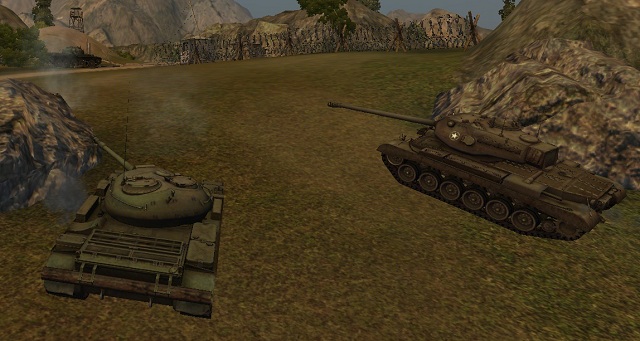 T-54 and M46 Patton acquire the hill before main forces of both teams appear there.

Another role, which medium tanks share with light ones, is the need to provide a support for their bigger brother. Same as scouts, medium tanks should search for dueling heavy tanks and flank the enemy when possible. As a last resort, if we can't get the enemy from behind, we can try attacking frontally, leaning between shots and aiming at less-armored points and enemy armor. Most medium tanks have cannons so strong, that they are able to penetrate a front of heavy tank of the same tier. Due to the high rate of fire they are able to quickly eliminate the embattled enemy and break the front line, opening the way to the enemy lines.

One of maneuvers which use this firepower is making of so-called wolfpacks. During the II World War this term was used to define tactics of teams of submarines, but in World of Tanks it is mostly used to name a group of cooperating medium tanks. It is one of the most difficult to stop formations, because in addition to giant firepower, it has sufficient mobility to attack any point on the map. One of two methods to fight with wolfpacks is to force the enemy for frontal fight with heavy tanks, preferably in necking, where medium tanks won't be able to flank our forces. Another possibility is to early spot a forming wolfpack with scouts and attacking them with a vast number of vehicles to quickly break down the group, and thus eliminate the threat. 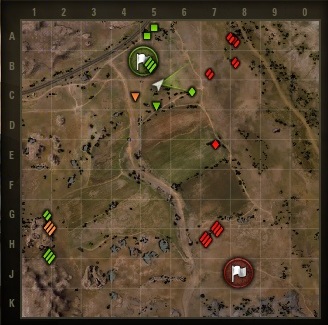 Maps shows to late detected wolfpack in sector A8 and its surroundings.

In summary, as a medium tank driver we have probably biggest impact on the course of battle with all the players. It is up to us to success in the initial phase of the battle, when we spot the enemy and gain strategic positions. It is us, who decide about places of fights and how they progress. And it is us, who look for survivors or support the weaker flank. Well driven medium tanks guarantee victory in almost every battle.