These are first vehicles we get to know in World of Tanks. 1-2 tier light tanks are in most cases very slow and we can for them tactics for medium or heavy tanks. Later on they become faster, so starting with the 4 tier (in the case of French tanks - 5 tier) each nation has at least one fast vehicle acting as a scout tank. In this chapter I'll focus only on such machines. 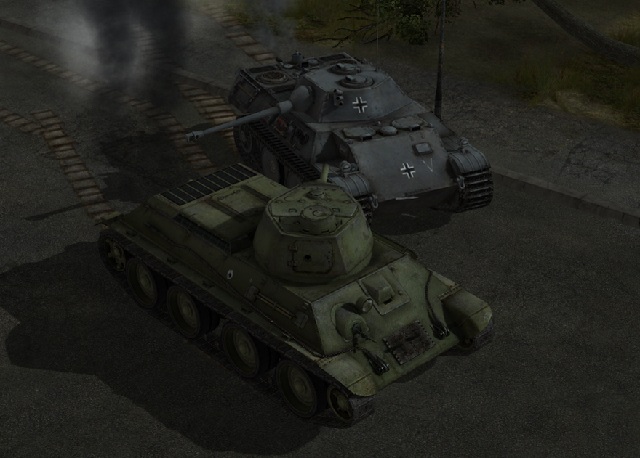 A duel of light tanks. The winner will be able to continue reconnaissance and give advantage to its team.

Despite the fact, that light tanks end up in battles with much more demanding opponents, which usually they can't even damage, have a huge impact on the fight and it is their actions which usually determines victory or defeat. Their primary function it to conduct reconnaissance and spot enemy position, allowing other players to eliminate opponents, using heavy tanks, tank destroyers and artillery. Due to high maximum speed, low weight, low silhouette and often a great view range, it is they who are most likely to perform these tasks.

How to play to maximize a light tank usage? First of all: do not die. Many beginners try to get the Scout achievement with the rapid rally toward enemy lines as soon as the game begins. Unfortunately, most of them get destroyed before they can see no more than 2-3 enemy tanks, without getting any experience points or credits. First scouting is useful on some maps, but it should be done with care: simply lean over the hill or slip between the buildings and then run away to the safe place. In this way we're able to spot several enemy vehicles while staying untouched and being ready to further actions. 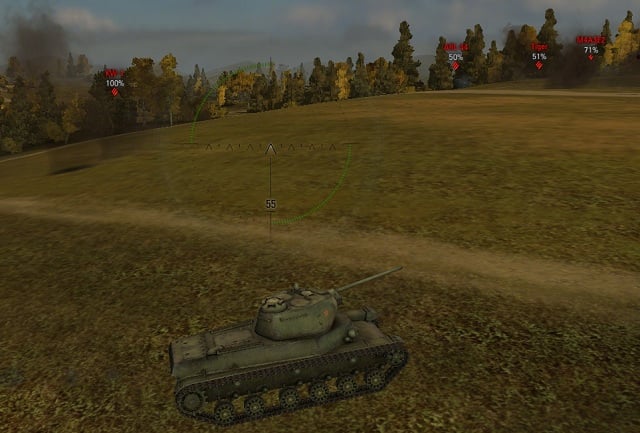 A quick rally on the line of sight allows our team to fire at enemy with impunity.

Another possibility is passive scouting. It involves rapid entering forward area and then hiding there and waiting for enemy. When we spot the opponent, we can't move at any reason: it would reduce a camouflage factor, thus exposing us to spotting and eliminating out machine. We should wait patiently until other tanks from our team eliminate the threat. An additional advantage is that we will get some experience points and credits that our team will win. If we would only spot the enemy and then get killed, this bonus is lost. Of course, when the backup doesn't appear, we should move back and support our team in a different place ... by spotting or even destroying enemy artillery for example. This is one of the most difficult task for the scout, because the artillery is hidden mostly on the rear and has the appropriate escort. But in the heat of the battle it might happen that the escort will move too far to the front and a lone scout can manage to break the front line and destroy the artillery. 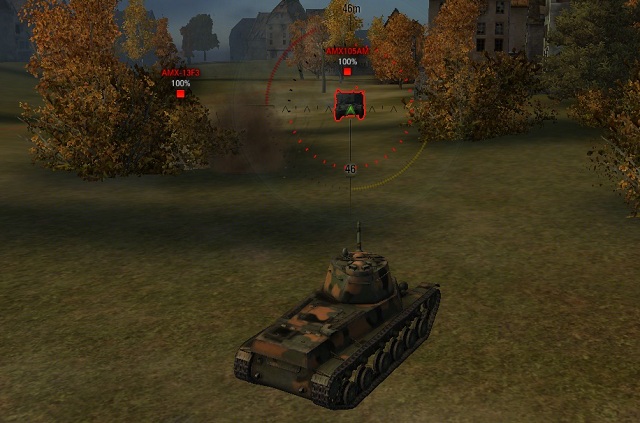 One we get to the enemy rear, we can eliminate artillery threat.

Depending on the light tank we're using, we can try to support our team in the direct fight. Vehicles such T-50-2, M24 Chaffee, VK 2801 or French light AMX's, have guns powerful enough to penetrate most of tanks from the side or behind, thus supporting their bigger "brothers" with firepower. In the situation, when we see one on one duel between medium or heavy tanks, we can always try to attack the enemy and turn the tide on our side. In many battles, especially those that take place in towns among the ruins, light tanks will be forced to such clashes and sometimes lives of other players in our team depends on us.