In the story mode of the World War Z, the player can choose from different character classes - described thoroughly in a separate section of this guide. The game, however, gives access to new, completely separate classes unique to the PvP. At the moment there are 10 different character classes - Survivor, Trapper, Specialist, Warfighter, Phantom, Demolisher, Striker, Support, Assassin and Shadow. Description of each of the classes can be found in the following chapter. 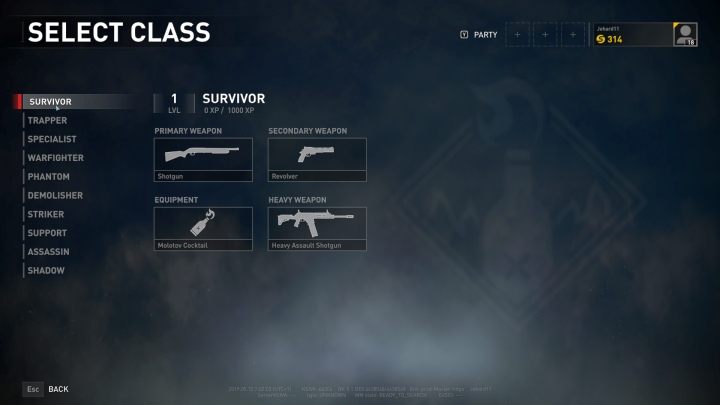 The Survivor character class is the crowd control specialist of the PvP mode, similar to the Exterminator class of the story mode. Equipped with a Shotgun, Revolver, Molotov Cocktails and Heavy Assault Shotgun the class excels at close-ranged combat and can limit the movement of the enemy team or zombies with the Molotovs. 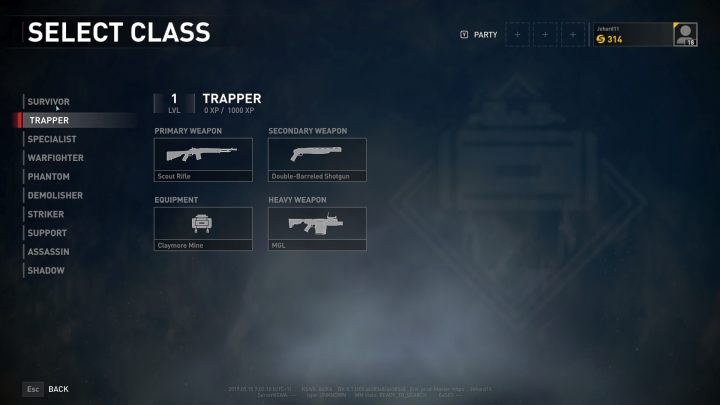 This is a good "solo" character class of the PvP mode, perfectly suited into taunting the enemies by attacking them with a Scout Rifle and luring them into close quarter combat, when the foe can either by eliminated with a shotgun or by running into a mine. The class starts with a Scout Rifle, Double-Barreled Shotgun, Claymore mines and a MGL Grenade Launcher. 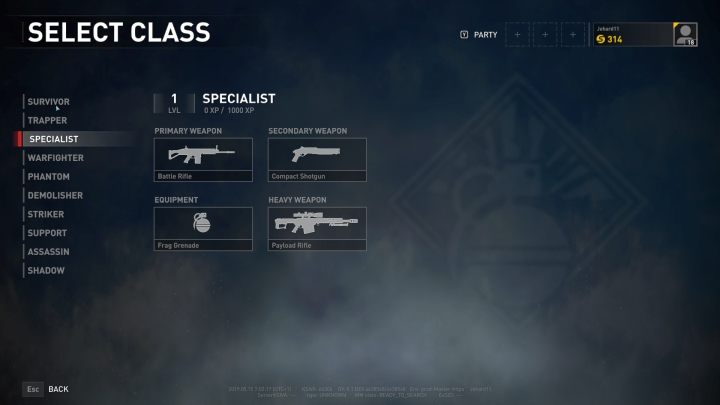 The Specialist class starts with a Battle Rifle, Compact Shotgun, Frag Grenade and Payload Rifle. This class is effective mainly at long range, thanks to the Battle Rifle, but can be vulnerable in close quarters do to having only a compact shotgun to defend himself. 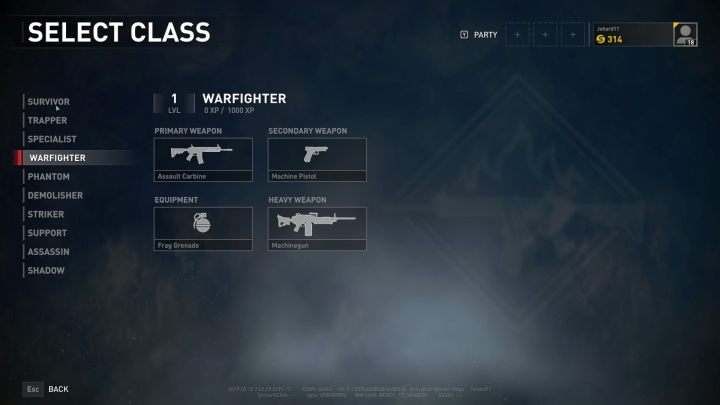 The Warfighter is a good all-around character class of the PvP mode. The class starts with an Assault Carbine, Machine Pistol, Frag Grenade and a heavy Machinegun. The class excels at combat on middle range, but lacks the means of fighting the enemies at longer distances. 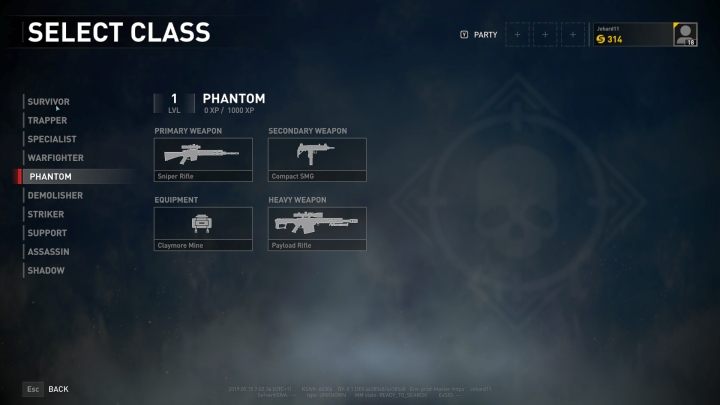 The Phantom is a pure sniper character class of the PvP mode, excelling at long-ranged combat with the use of the Sniper Rifle and the more powerful Payload Rifle. The class can protect its position with Claymore Mines and fight with the Compact SMG in case of an enemy appearing in close quarters. The Phantom class, however, is not very effective on cramped maps, without a lot of open spaces. 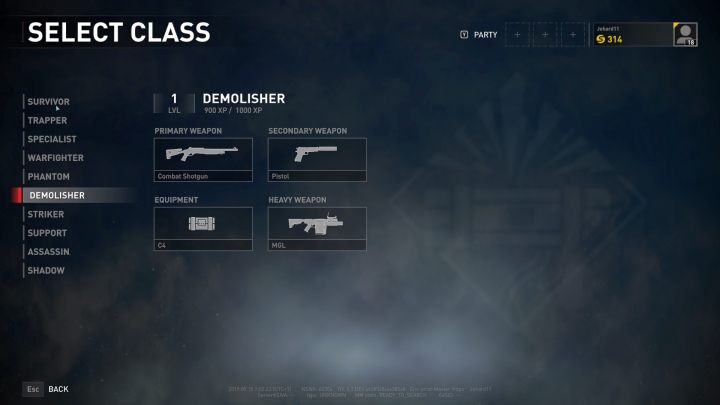 The Demolisher character class is similar to the Hellraiser of the story mode. The class starts with a Combat Shotgun, Pistol, C4 and MGL Grenade Launcher. The Demolisher is one of the best classes in the game, especially in close quarters. The class can easily lure enemies into a trap and kill them with a C4. 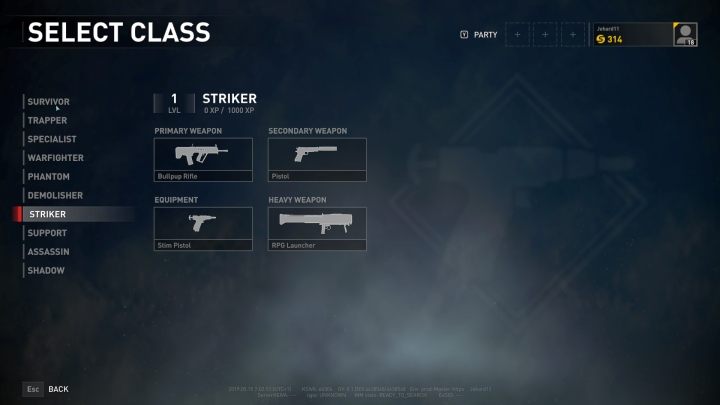 The Striker character class is similar to the Medic of the story mode. The class starts with a Bullpup Rifle, Pistol, Stim Pistol and RPG Launcher. The class should be played as an offensive support, focusing on fighting with the enemies and simultaneously supporting allies with the Stim Pistol to increase their chances of survival. 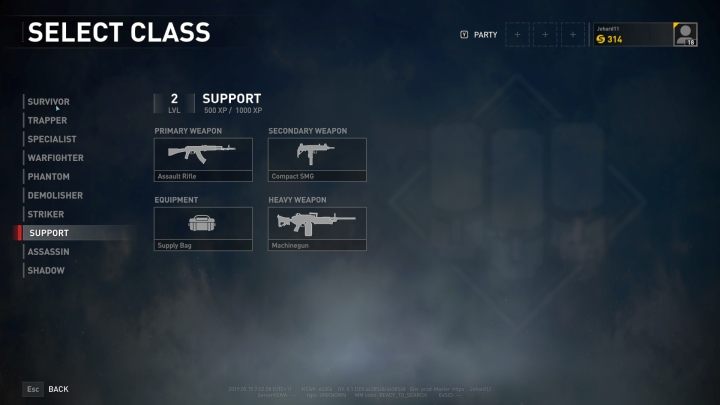 The Support class starts with an Assault Rifle, Compact SMG, Supply Bag and heavy Machinegun. The class is one of the best when it comes to the PvP modes, equipped with weapons that are effective at all ranges and a Supply Bag that can increase the damage output of one ally significantly, allowing the player to fire explosive rounds. 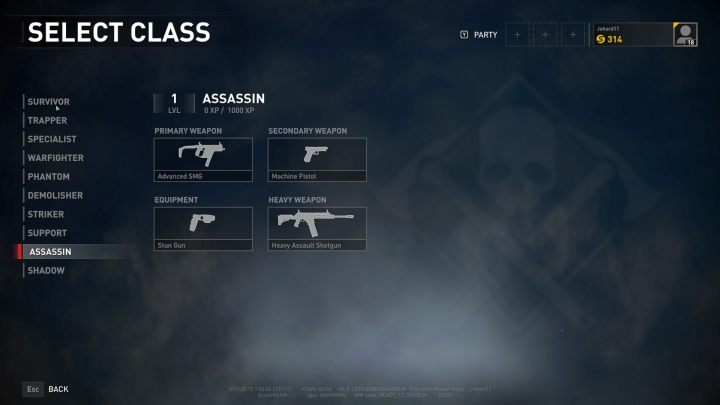 The Assassin class is somewhat similar to the Slasher class of the story mode when it comes to available equipment. The class starts with an Advanced SMG, Machine Pistol, Stun Gun and a Heavy Assault Shotgun. The class excels at close-ranged combat and is the most effective when fighting between enemies, allowing the player to make a good use of the Stun Gun. 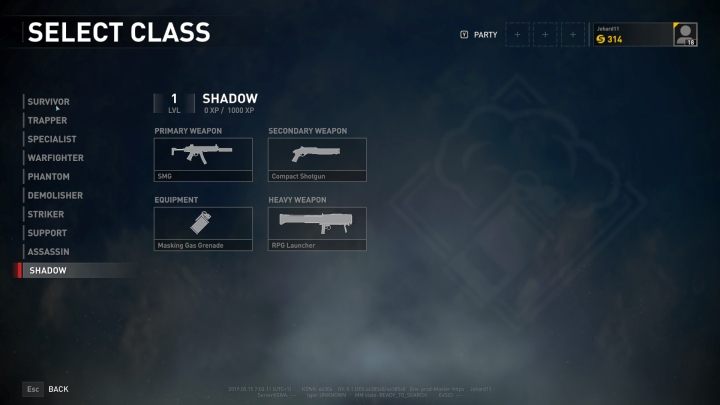 The Shadow class starts with an SMG, Compact Shotgun, Gas Grenade and RPG Launcher. The class is arguably the best in the PvP modes, effective in almost any situation and capable of taking out the entire enemy team with a single rocket. The class is also extremely easy to farm EXP with - the Gas Grenade can obliterate a huge amount of zombies in a zombie swarm, allowing the Shadow to amass a massive amount of experience points during a match.

The best class for PvP?

Even though the selection of a class for PvP depends on the person playing the game, there are a few that are extremely strong at the moment. The above mentioned Shadow is probably the best class available in the PvP modes, mainly due to the Gas Grenade and the ridiculously overpowered RPG Launcher. The classes that are worth trying are the Support, Demolisher, Trapper and Striker.