Aside from weapons and regular equipment, World War Z gives players access to various defense systems - pieces of technology allowing players to fend off zombies. Defense systems are useful when dealing with regular enemies and a must-have during certain stages of missions in which the team will be facing a huge Swarm. In this chapter you will learn about all available defense systems in World War Z. 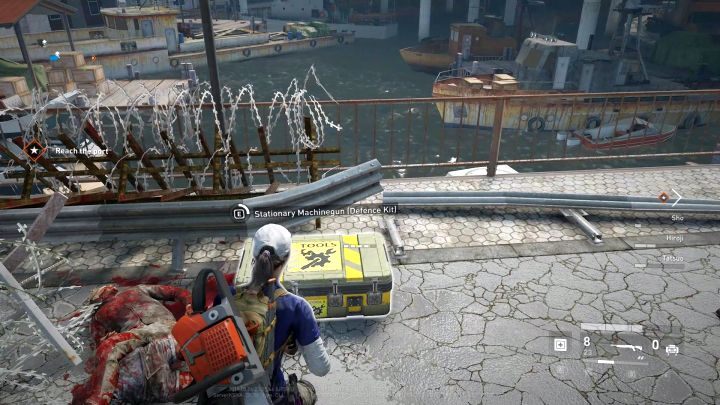 A Turret packed in a box, ready to deploy.

Turrets are static machineguns which can be mounted by players in order to quickly take down masses of zombies. Turrets deal massive damage and are capable of taking out a Bull in a blink of an eye, regardless of whether you are shooting at the head or the torso of the enemy - regular zombies and other special infected will die from a single bullet. Keep in mind that the Turret has blind spots - it can be rotated only to a certain degree, making the mounting player vulnerable from behind and both sides. Fortunately, a well-coordinated team can protect the player mounting the turret, allowing him/her to focus on mowing down zombies. 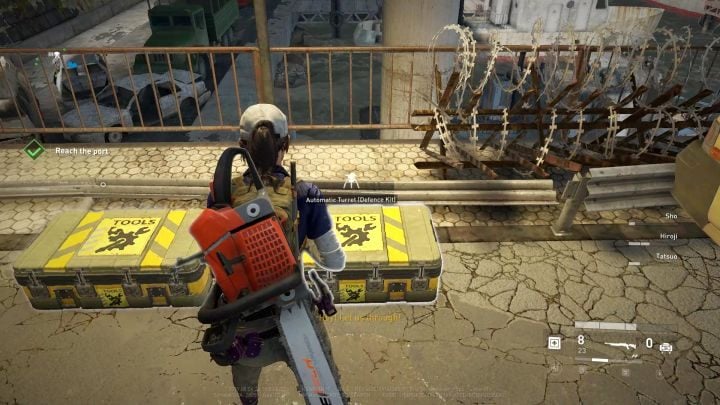 The Mortar is a stationary defense system capable of launching explosives over large distances. A single projectile fired from a Mortar is capable of taking out multiple enemies at once, both regular and special infected. The only downside of the Mortar is the fact that it needs foresight when used -the projectile will take several seconds before reaching its target, making the weapon more effective against the Swarm than lone targets. 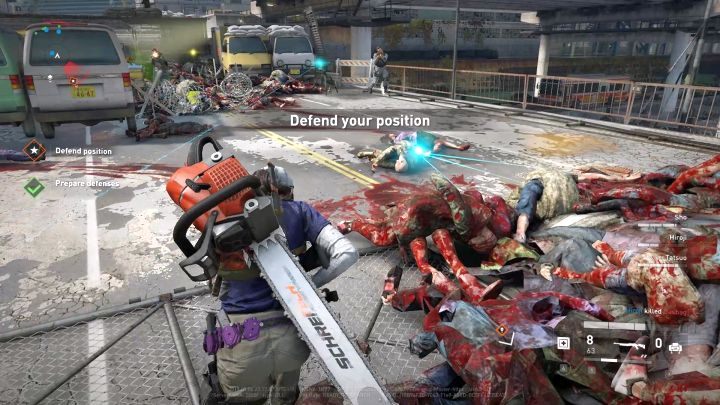 Friendly Claymores can be distinguished by their bright blue light.

Claymores are the mines in World War Z. They can be placed on the ground and they will automatically blow up once a zombie gets near and actives them. Claymores are extremely effective at covering small exits and chokepoints, where no one will normally be guarding.

Note - Claymores can easily hurt other players, especially on higher difficulty levels. Do not place them in between party members or next to a zombie - in the latter case the explosive will go off before you can reach safe distance.

The "barricade" of World War Z. Barbed Wires can be placed at designated locations to block the path of the upcoming zombie Swarm. Zombies trying to cross them will be stuck and, after a short while, killed, making them extremely effective at controlling the movement of zombies.

Electrical Traps are the most peculiar of the defense systems, as they are the only ones that will not kill enemies. Instead, they are used to paralyze enemies running into them, making them extremely effective against Bulls.