On this page of our guide to Wolfenstein: Youngblood you will find a detailed description of Statues side mission. This task has a "collect it" character because it concerns finding and destroying the statues of Hitler. 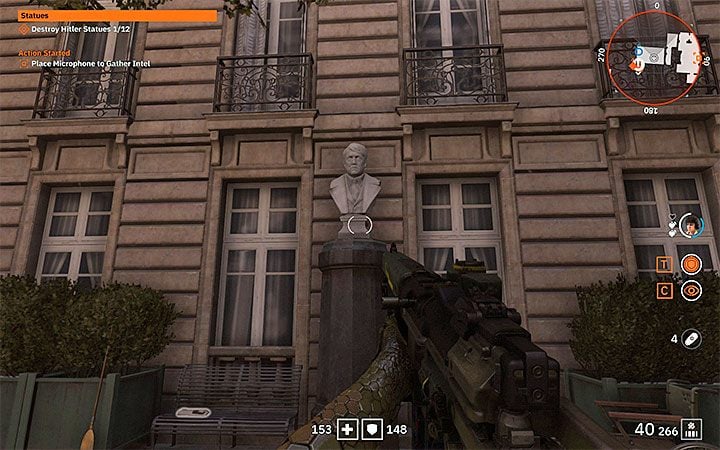 Who's commissioning the mission: Talk to Marianne Delacroix in the catacombs.

To complete this task you need to destroy 12 statues of Hitler. An example of a statue shows the above picture and it is enough to use any firearm to shoot at it. Here is some important information about this task: