On this page of our guide to Wolfenstein: Youngblood you will find a detailed description of The Protohund side mission. This task concerns locating the container with the title mechanical dog in order to obtain its crate with a recording. In the second part of the mission, you have to sabotage the mechanical dog factory. 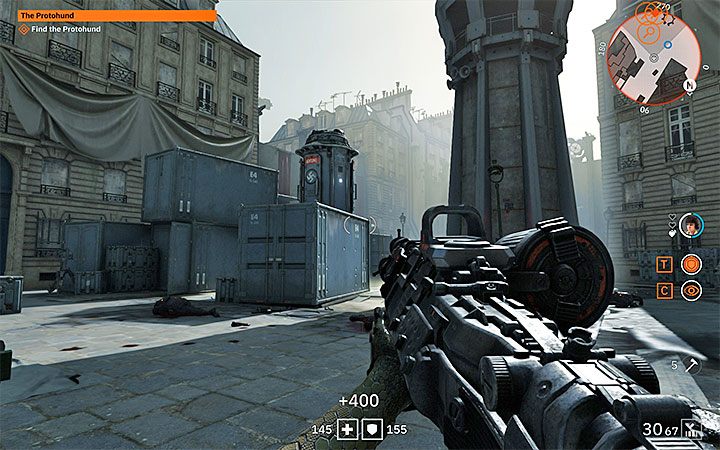 Who's commissioning the mission: Talk to Dimitri Fedorov at the catacombs.

Mission difficulty level: Do not proceed with this task if your sister is not at least level 25 of experience.

Use the subway network to move to Political Detention Area 4. Set the described mission to active and follow the instructions on the mini-map. The destination is the area in the picture above where the containers are located. Before you become interested in them, it is worth getting rid of all enemies from the area so that they do not interfere with the upcoming difficult skirmish. 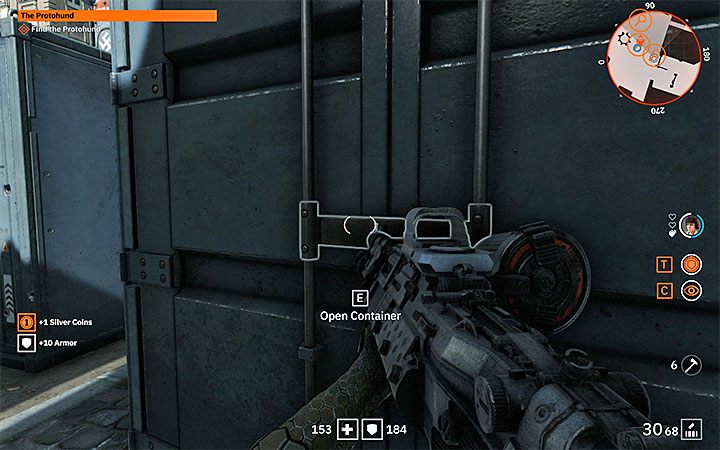 There are three containers to be examined - only one of them will contain a mechanical dog. Other containers may contain e.g. humanoid robots. 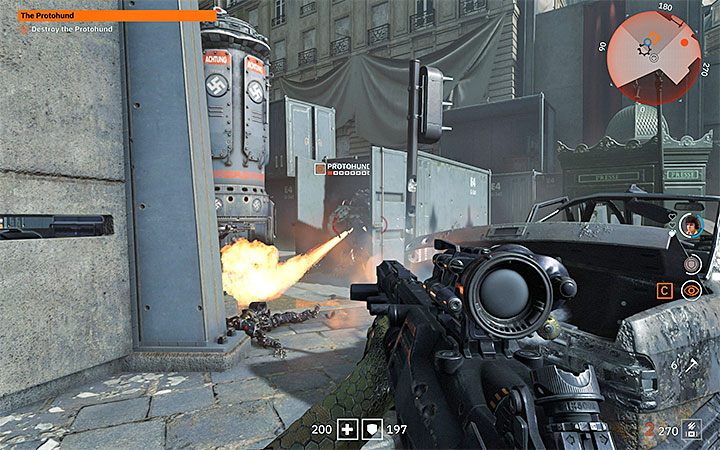 After you find Protohund, start a duel. This is a slightly stronger breed of dog than the Panzerhund, with which you have often had to deal. Use your weapon to destroy the "horizontal" rectangles of enemy's armor and try to keep your opponent at a safe distance so that you don't get hurt by fire. You can also jump on a higher position (jump on some objects) and continue your attacks from there.

After the battle, search the destroyed Protohund to find the Protohund Data Recorder. Return with it to Dimitri. 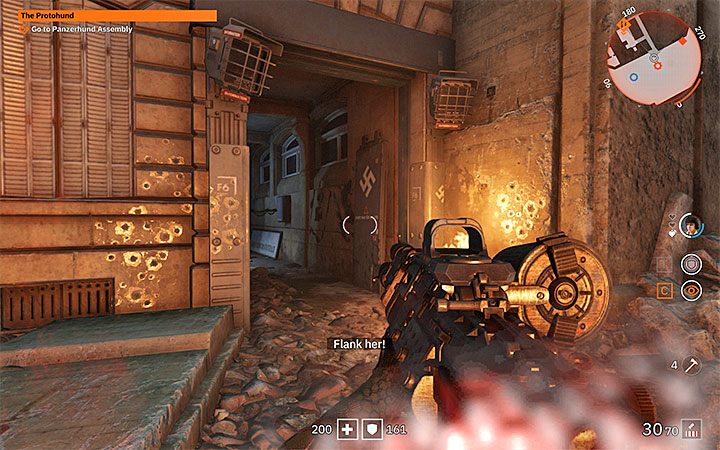 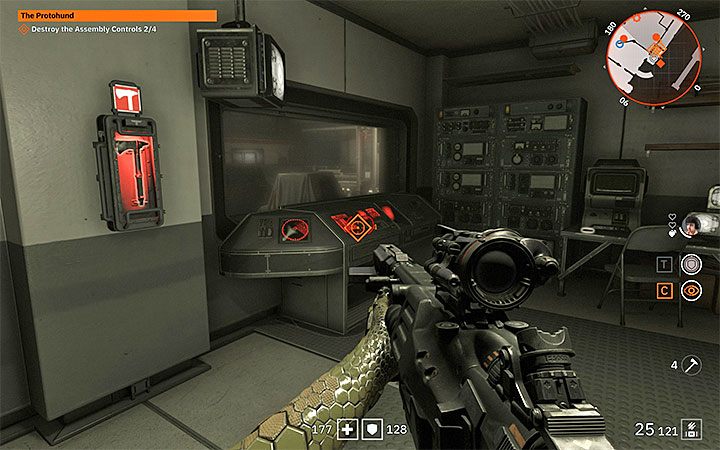 There are 4 computers in the underground and you can reach them in any order you like - they are always visible on the mini-map. Destroy all computers with any weapon. After destroying each computer, a group of enemies will appear in the area, including Supersoldats or Panzerhund.

Two computers are located in a different part of the bunker and you have to lift the yellow gate to reach them. Destroying all the computers will complete the mission.