On this page of our guide to Wolfenstein: Youngblood you will find a full description of the duel against the final boss of the game, General Lothar. There are two specific encounters with the general. This happens during the last main mission of the game - Raid Mission: Lab X. 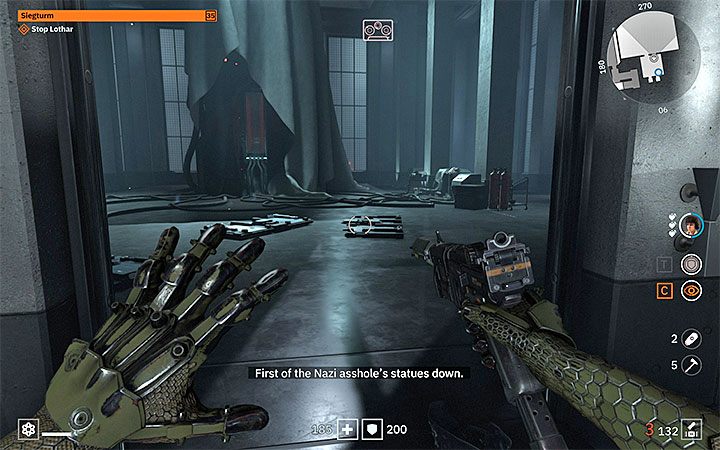 The first duel with General Lothar will take place shortly after you find B. J. Blazkowicz and receive the God Key. The sisters will meet the General after they get to the room shown in the picture. 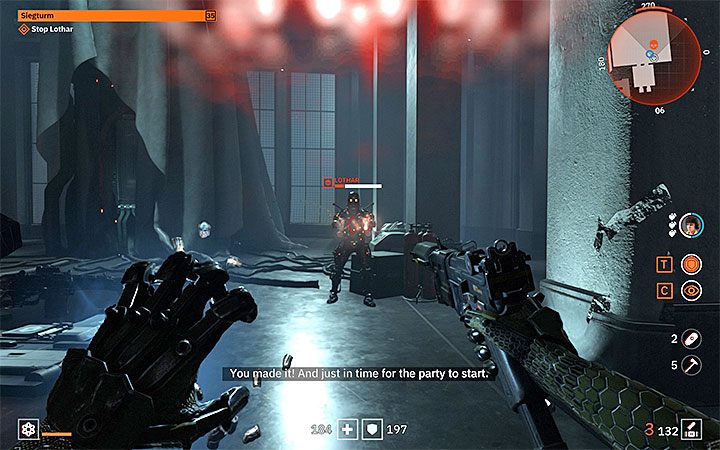 During this duel, you must rely on the God Key. The action plan is relatively simple. After selecting the key from the inventory, hold down the aiming button until a large number of bullets fired by Lothar are stopped. 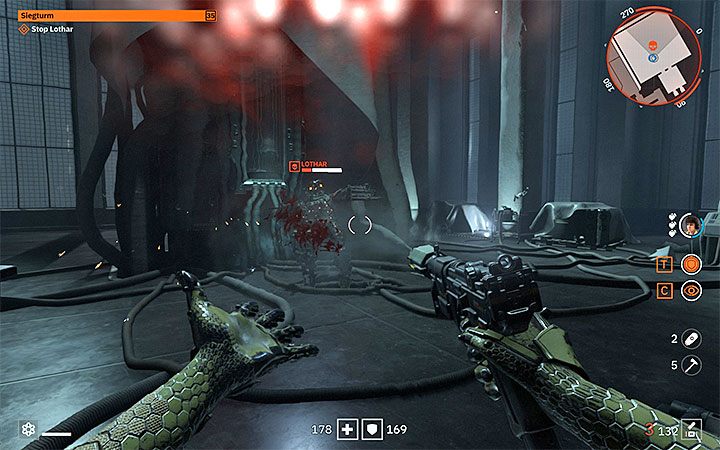 Position yourself close to Lothar and release the aim button so that the "collected" missiles are reflected towards Lothar and cause him a lot of damage. 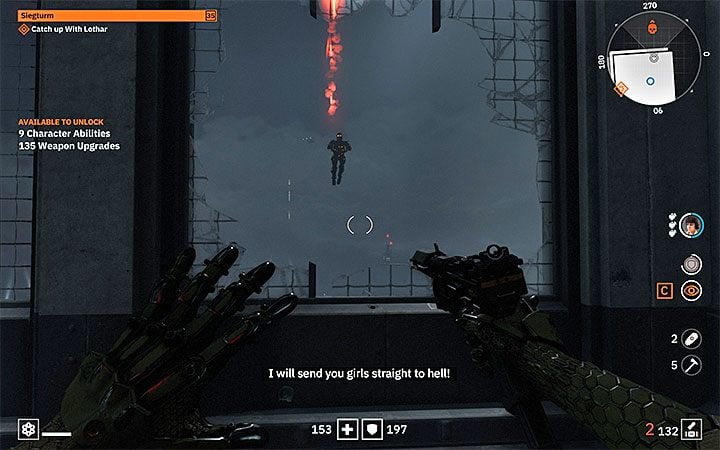 This struggle is not very diverse. His only unique feature is that Lothar can teleport himself. After the boss has disappeared, you can watch the mini-map and easily determine where he has reappeared.

You have to fight as long as Lothar escapes. You can't finally beat him now, because in a few minutes you'll take part in a second battle of the stage with the final boss. 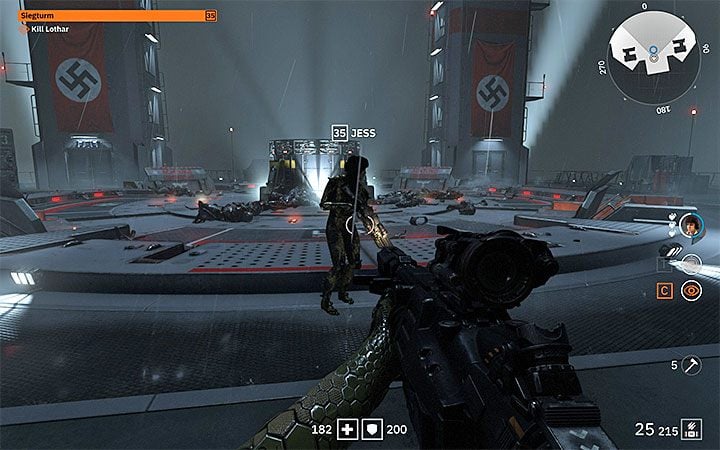 The second fight with General Lothar will begin after reaching the roof shown in the picture, i.e. after completing a ride in a large elevator, during which enemies appeared.

If you die in a duel with Lothar, you won't have to play the whole Lab X mission again. The game will allow you to resume the fight from the moment of arriving on the roof. 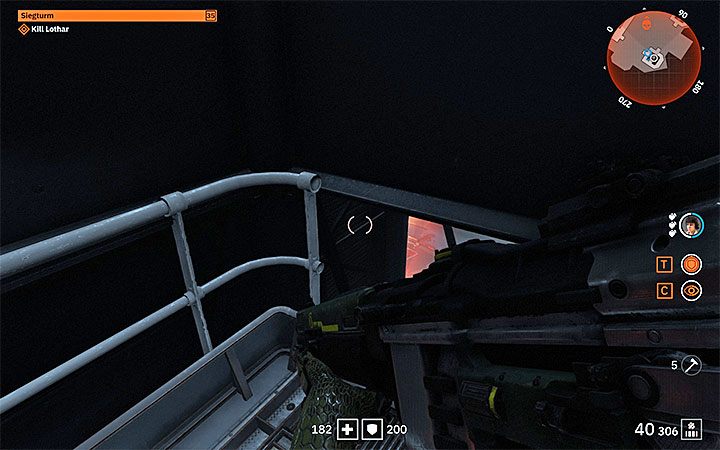 General Lothar uses a jet pack and your primary task will be to reduce the distance between you and him. There are several towers in the surrounding area, and one of them has a small elevator. It will turn on immediately upon entering it. This will allow you to reach the highest shelves, between which you can jump with double jumps. 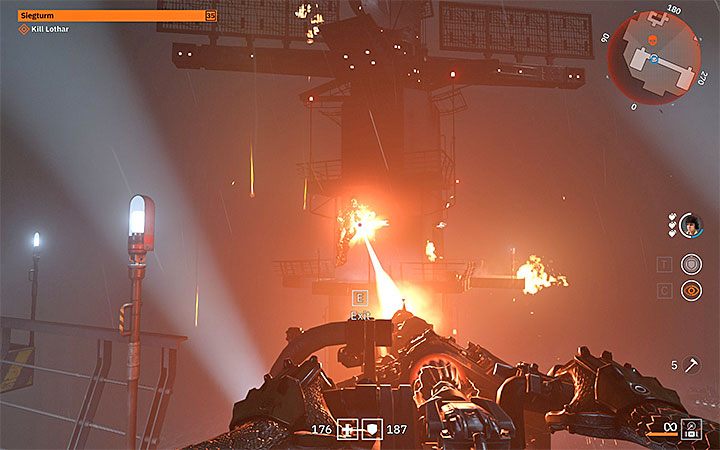 In the area there are some stationary cannons. Use them to fire at Lothar. Aim specifically at the boss jetpack. It would be good if the first sister would distract the boss and allow the second sister to fire on Lothar when he is facing the back. 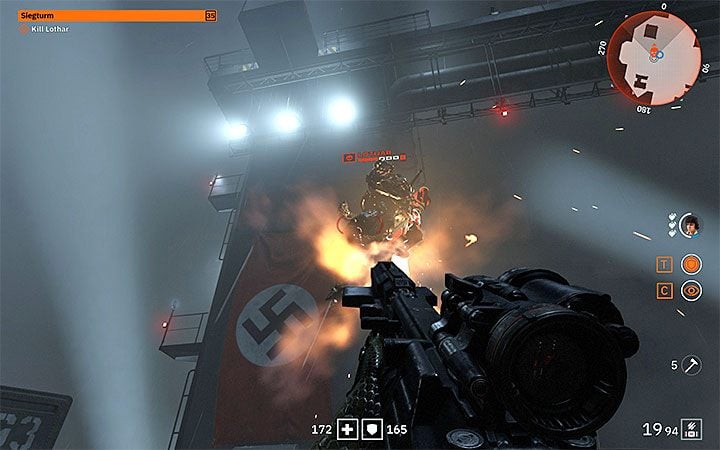 Lothar may return to the lower part of the roof from time to time. You can try to keep firing at him from above or jump off. There will be other opponents downstairs (regular soldiers and Supersoldats), so you can't focus entirely on attacking Lothar.

If you run out of supplies, take a walk through the entire lower level. In addition to ammunition, you can also find health and armor packages. 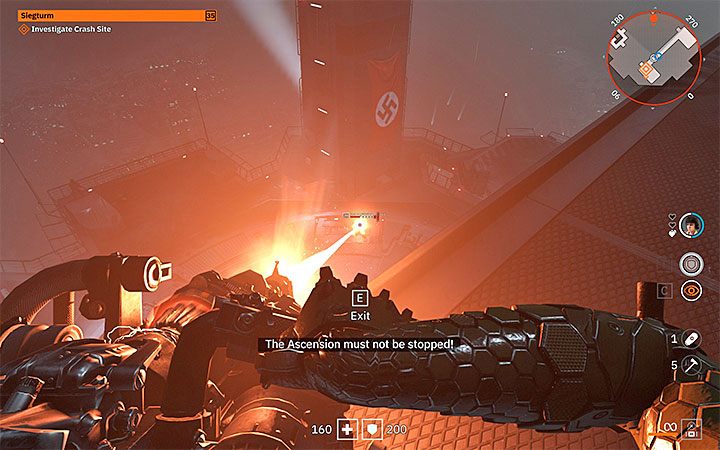 You will be promoted to the second phase of this duel after Lothar's jet pack has been destroyed, resulting in a hard landing for the boss. Take your time to get downstairs and use the top stationary cannons to fire on the boss' vanguards. 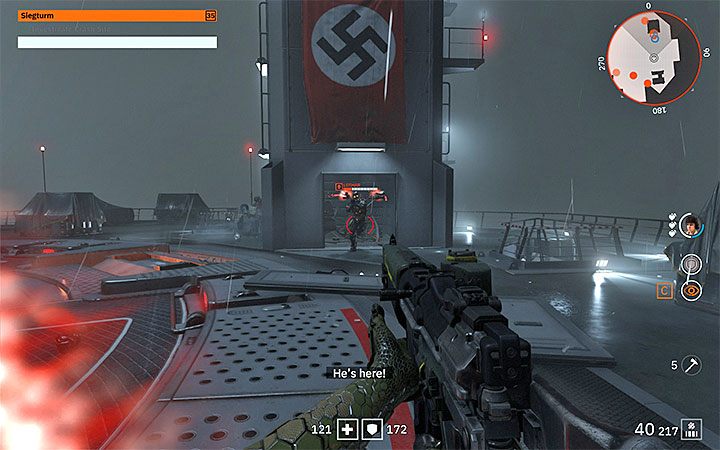 Lothar will reappear after you come to the designated place. Note that the boss has granted some "vertical" strips of armor, which means you have to use other types of weapons to weaken his shields. As Lothar can no longer fly, you can also try to use the God Key to "intercept" and reject the missiles he fires. 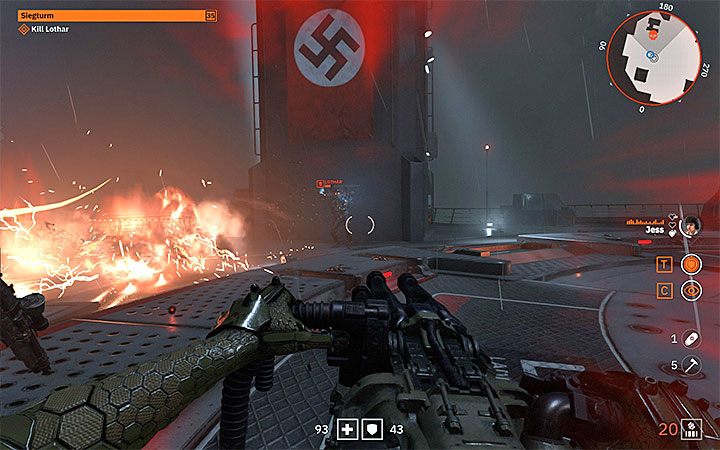 While fighting, don't forget to help your fallen sister, call for help if you lose all your health, use shouts and hide behind the towers if you need a moment to rest.

Defeating Lothar will automatically end the mission even if there are still some enemy soldiers in the vicinity.