Traveling the world in Wolfenstein Youngblood you will find many closed doors and chests. They are several different types of them. Each type requires special treatment, i.e. special capabilities or weapons. 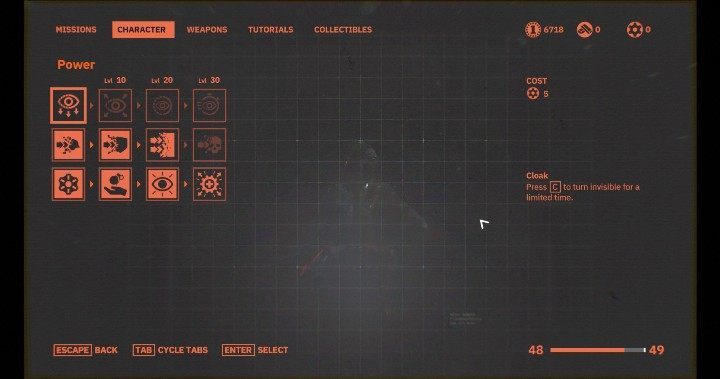 Crush is a skill you can choose from when you start the game. If you don't start the game with it, you can buy it in the later stages of the game - in the skill tree.

Crush is an ability which causes fast movement of your character that is used to stun enemies and deprive them of their armor. You can also use it to open closed doors and boxes. 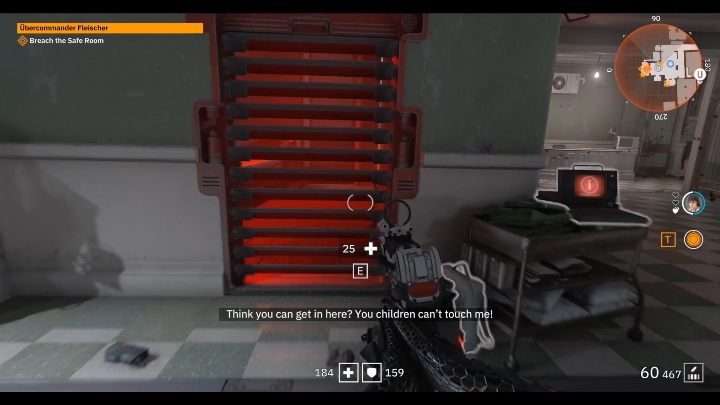 Doors that are locked as on the screen above can be opened using the crush skill. They are blocked by metal beams, which will not block your way. 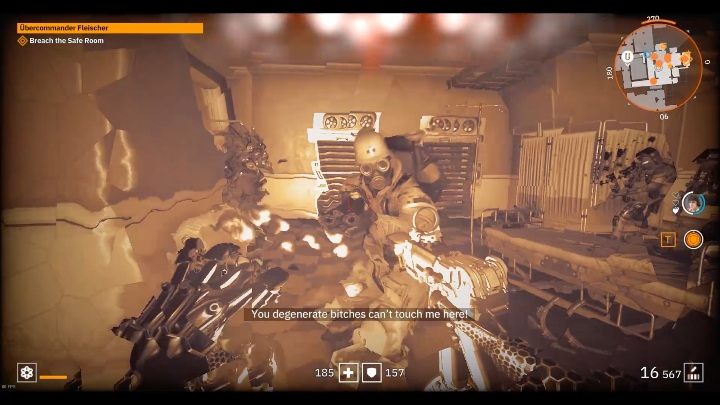 God Key is a special skill that allows you to stop enemy ammunition (bullets or missiles) and reflect it towards opponents. In addition, with this skill you can open doors and chests. 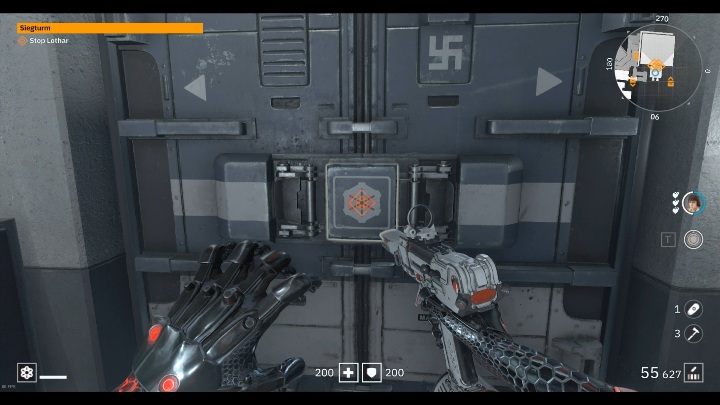 Doors and boxes marked in blue can be destroyed with this skill.

This skill is required to get one collectible hidden in Lab X. 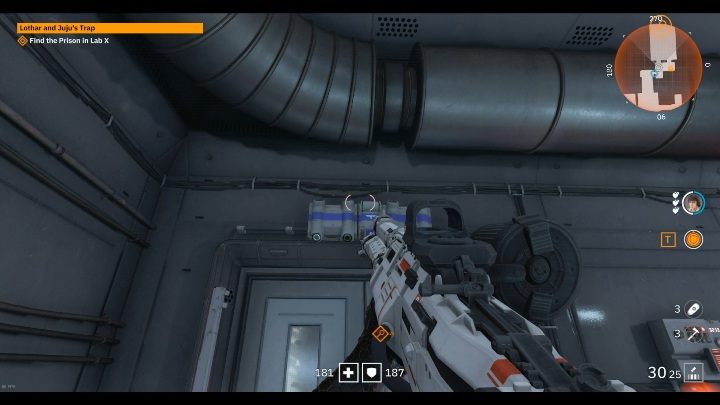 The Electrokraftwerk is a weapon you can get from Raid Mission: Brother 3. You'll open a door with it that doesn't have any special markings. However, above them you will find mechanisms that you must damage with this weapon. When you do so, a new room will be opened in front of you. 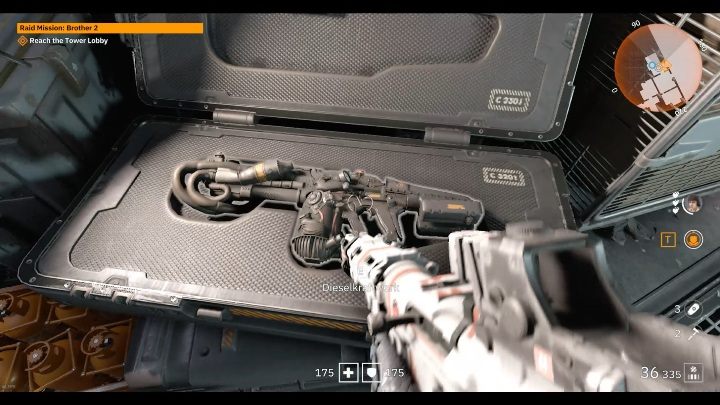 The Dieselkraftwerk is the weapon you can get from Raid Mission: Brother 2. 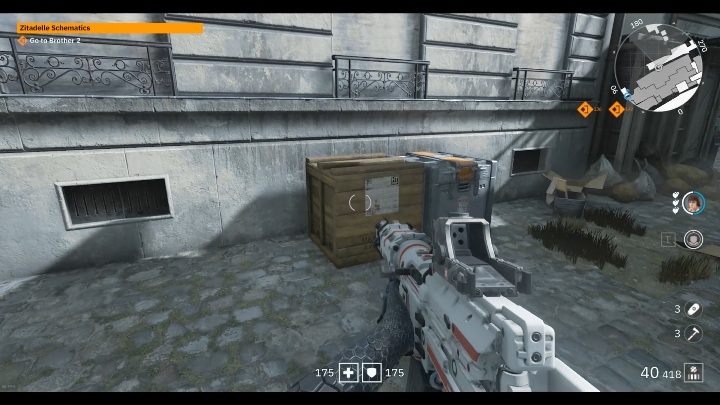 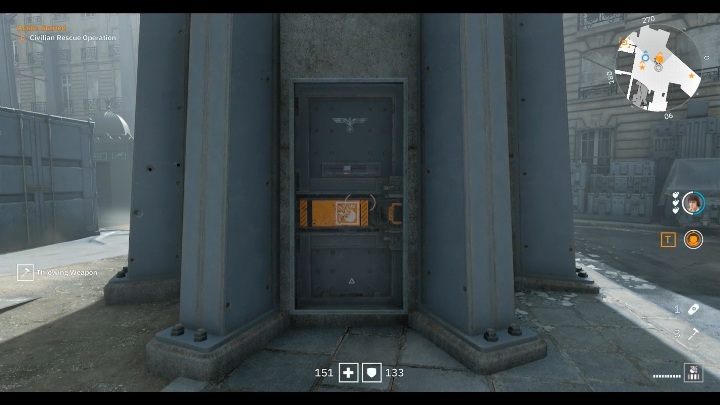 It will open doors and crates that are marked with an orange sign with an explosion symbol. 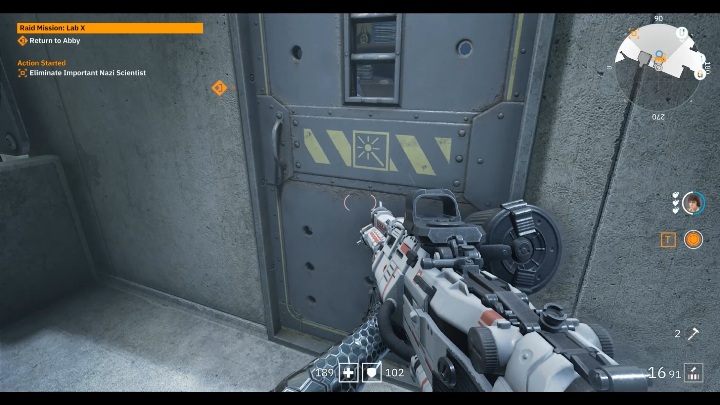 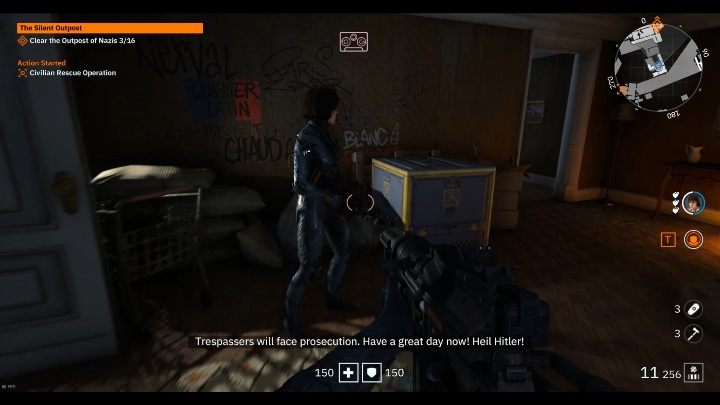 Laserkraftwerk is a weapon you can get from Raid Mission: Brother 1. It will open doors and crates that are marked with a yellow laser symbol.