On this page of our guide to Wolfenstein: Youngblood you will find a detailed description of Claude the Armourer side mission. This task concerns finding and saving the title armourer. This will be made possible by researching the underground location where a large group of Nazis reside. 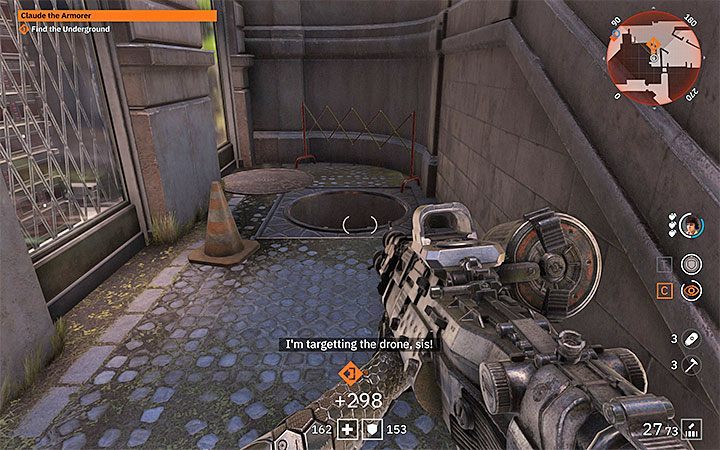 Who's commissioning the mission: Talk to Anais Fontaine at the catacombs - resistance's hiding place.

Mission difficulty level: Do not proceed with this task if your sister is not at least level 20 of experience.

Use the subway network to move to the Little Berlin district. Set the described mission to active and follow the instructions on the mini-map. You must reach the exit to the sewers shown in the picture. Once downstairs, the sisters have to lift the gate together and move to a Secret Bunker Underground. 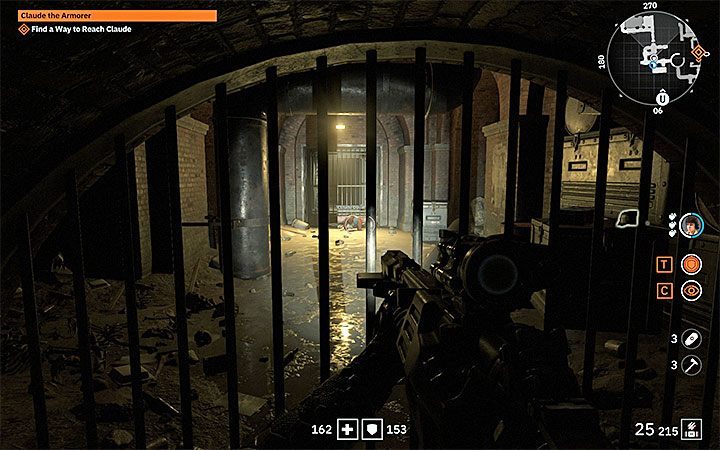 You'll notice Claude in the early parts of the bunker. Unfortunately, he'll be trapped behind unbreakable bars. As a result, you have to choose a circular route and go through the entire location to reach him. 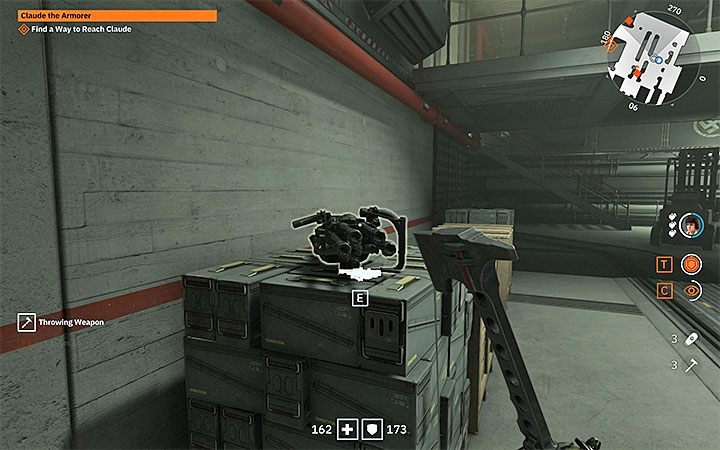 You will begin to meet your opponents only when you reach the next grate and raise it thanks to the close cooperation of the two sisters. If you want, you can sneak in initially and go through one or more areas of the bunker without fighting enemies.

If you get detected, watch out for robots and Hammersoldats, among other things. It is worth relying on heavy weapons, whether found in the area (e.g. in the picture) or obtained from the defeated Supersoldats. 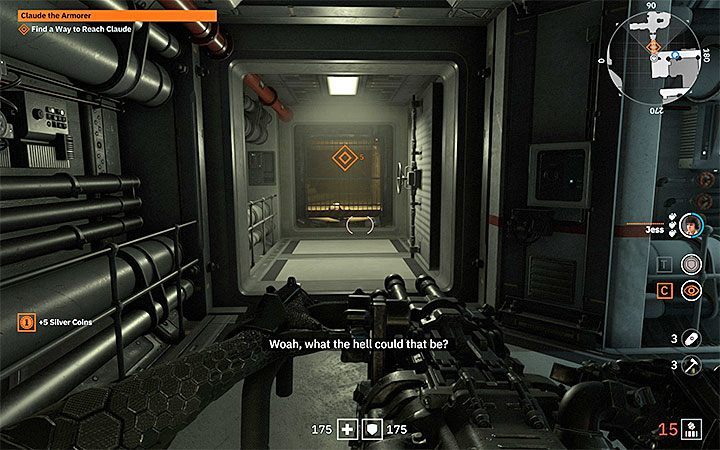 Ultimately, you need to get to Claude from the other side (almost like in Adelle's song). Move up the grate to free him and listen to his thanks. After all, return to Anais. 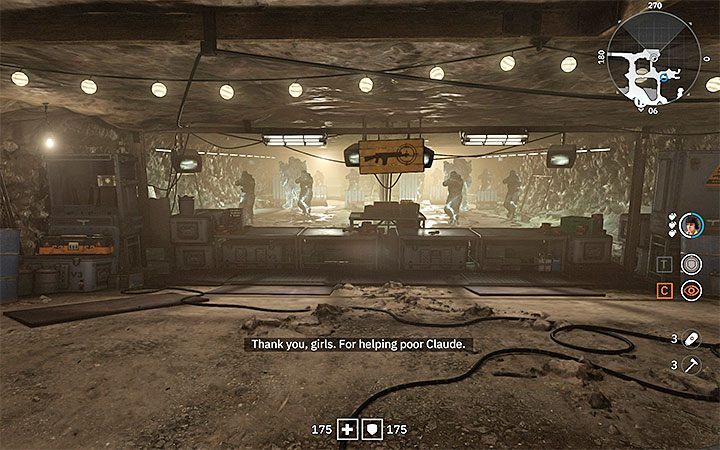 Additional Note: Rescuing Claude unlocks access to the shooting range in the Resistance Hiding Place in Catacombs. In the shooting range, you can test different weapons at will by attacking targets that resemble ordinary enemies and Supersoldats.