On this page of our guide to Wolfenstein: Youngblood you will find a detailed description of The Silent Outpost side mission. This task concerns visiting the abandoned outpost where sisters will encounter an unpleasant surprise. In the next part of the quest you will have to visit two other districts of the city and deal with a mini-boss - Commander Bayer. 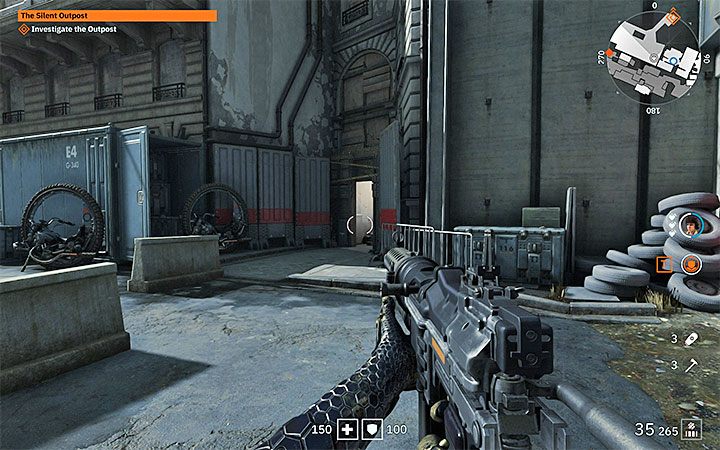 Who's commissioning the mission: Talk to Dimitri Fedorov at the catacombs.

Mission difficulty level: Do not proceed with this task if your sister is not at least level 10 of experience.

Use the subway network to move to Political Detention Area 4. Set the described mission to active and follow the instructions on the mini-map.

A side alley shown in the picture leads to the resistance outpost. It is reached right after solving a mini-riddle with using a proper code (the first sister has to stand at the keyboard and the second one has to reach the code generator). 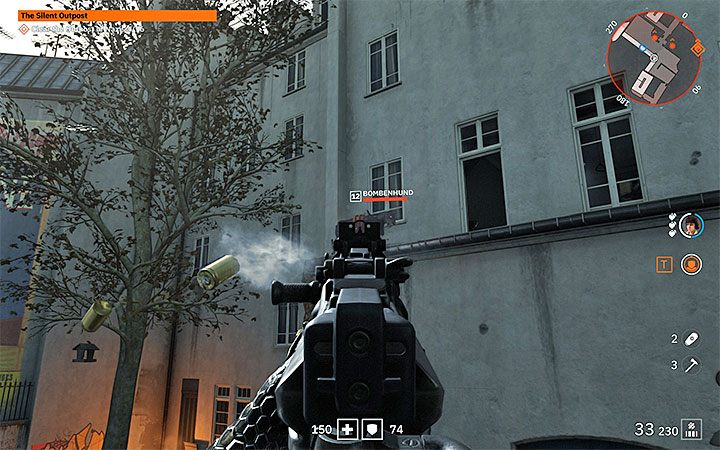 Jump over the fence and get close to the building. You'll find out that it was taken over by the Nazis. A total of 16 targets have to be eliminated. Pack of opponents include Bombenhunds, which are exploding dogs that are best shot at from a safe distance.

The building has many entrances - you can use doors, open windows and jump to the lower parts of the roof. Also, there is a commandant inside the building, but no more enemies will be summoned than the 16 required to complete this part of the mission. 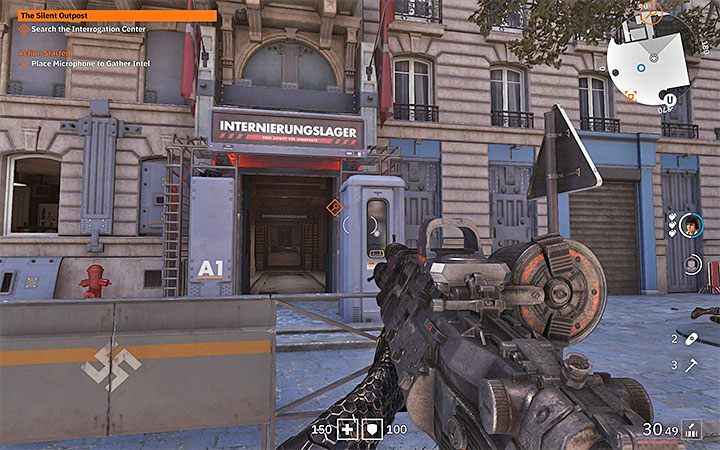 The second part of the mission consists in infiltration of the Interrogation Center. You will need to return to the metro station (or use a fast-travel to get back to the catacombs) and travel to the Little Berlin district.

Follow the markers on the screen again. The interrogation center is not far from the first square. Surrounding enemies (including Supersoldat and drones) can be eliminated or you may sneak into the building associated with the task. 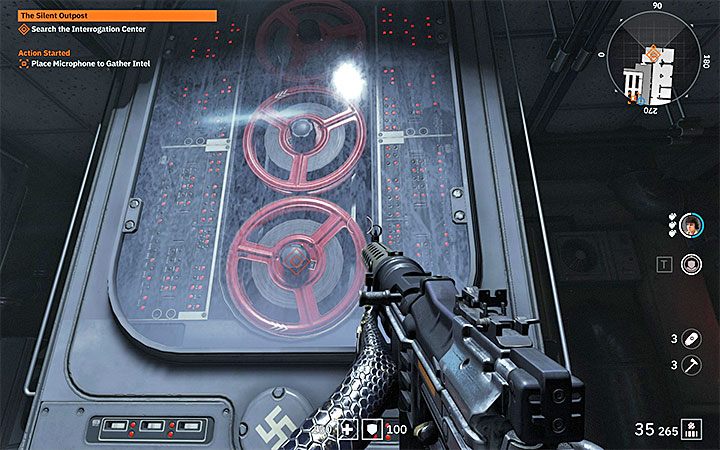 There are many enemies inside the building, but at least those in the initial rooms can be easily and quietly eliminated. Among other things, the slightly more robust Robotersoldat will take part in the combat - make sure you use the right weapon to damage his armor.

The destination of the journey is the room in the back of the building. The device is shown in the picture. Shoot the glass wall behind which the large tapes rotate. Then press the interaction key to get the Audio Log. 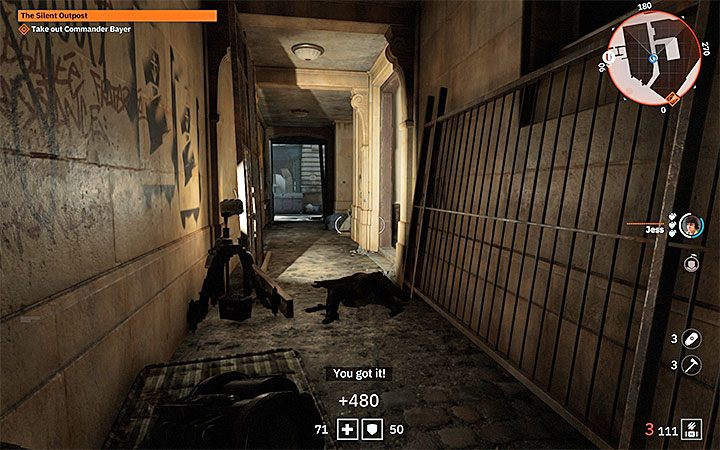 Again you have to move to a different district of Paris, this time to Victory Boulevard. The destination is the area where Commander Bayer resides.

You can reach him by using different ways or paths, for example by choosing an alley between buildings shown in the attached picture. There are several high-level opponents in the area. If you notice a skull icon above the head of one of your enemies, do not fight directly with this opponents - it will be much safer that way. Find some cover. You can very easily lose all points of health and armor when fighting an opponent marked with a skull icon. Sneaking around or running away are better solutions. 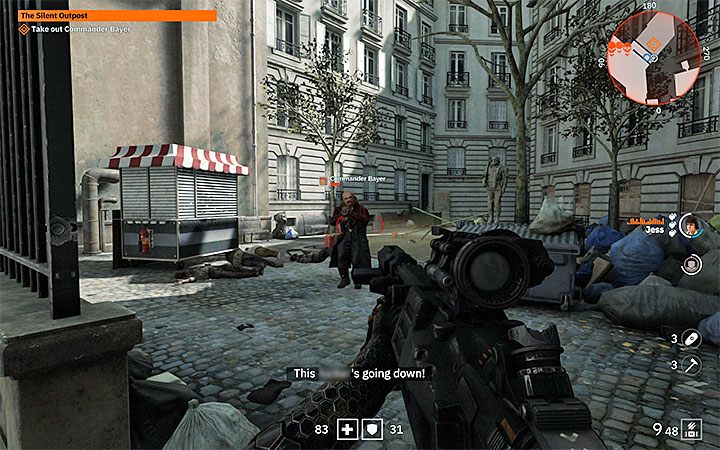 Find the courtyard where Commander Bayer is located (picture above) and attack him. He doesn't have any advanced armor, but he is also a high level enemy. Run a lot and don't get hit by his attacks.

After killing a mini-boss, return to the catacombs to report back to Dimitri (the mission's commissioner).