Wolfenstein: Youngblood has a fast-travel mechanism. On this page we explain how to use it - sisters can travel between districts of Paris and quickly return to the hideout of the resistance. 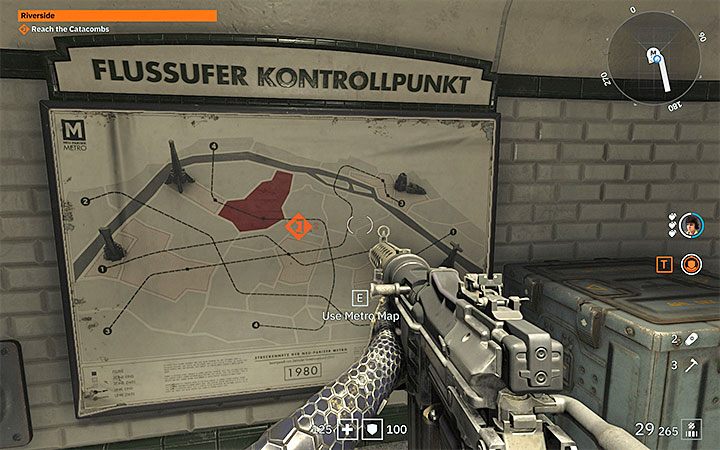 It is the most obvious and the only way to travel between different districts of Paris - various locations are not physically connected to each other. As a result, underground tunnels are the only way to reach other parts of the city.

This mechanism can be tested by you for the first time in the final part of Riverside mission when you reach the subway station. 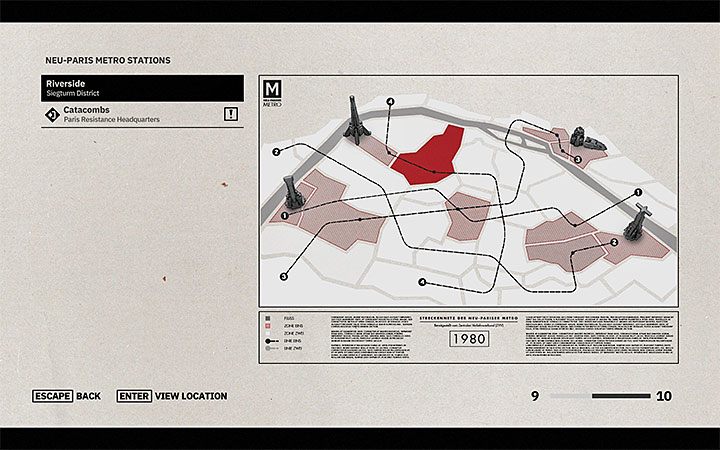 When you check the map, a list of known stations will be displayed. These are the main districts of the city and the Catacombs also known as hiding place of the local resistance. 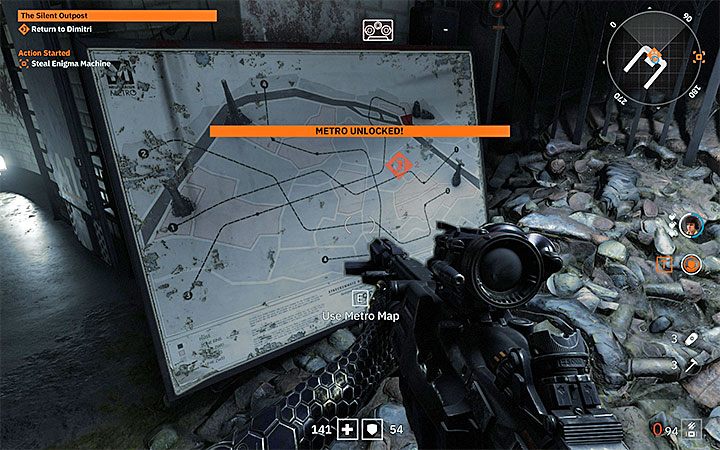 As you progress with the game, you can discover new subway stations (example is shown in the picture). From now on, they will be displayed in the list of available points of interest for fast-travel. 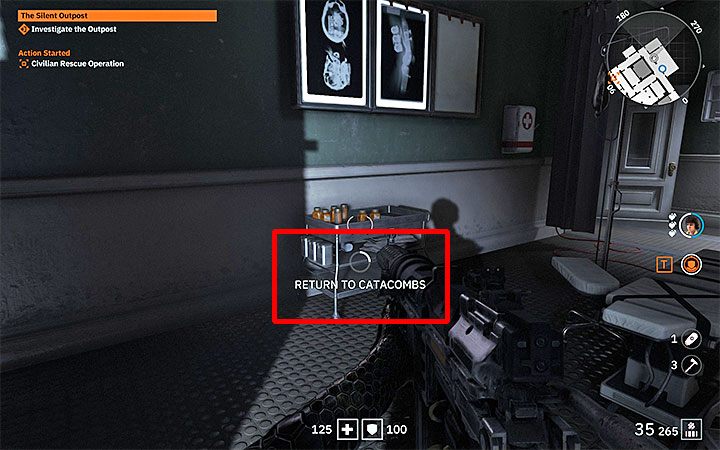 It's a less obvious method. Its advantage is that you don't have to go back to the subway station. It is also available only if the sisters are not currently under attack or in the close vicinity of enemies.

You can hold down the interaction key (E in case of PC version) and a round fast-travel bar will appear on the screen. Once it is full, sisters will automatically return to the catacombs. This is the best way to travel if your mission has ended far from the nearest subway station and you don't want to go on a long march in the other direction or risk fighting new enemies who might have been respawned in the meantime.

In the case of playing in cooperation with a real player, both sisters must agree to fast-travel to the catacombs.