Wolfenstein: Youngblood is a game in which you will come across a lot of secrets and collectibles. Exploring the world you have to check what lies under your feet and search for secrets which lie on nearby furniture. On this page of our guide to Wolfenstein: Youngblood we provide a detailed description of secrets in the second location where you are on the Riverside mission.

At the Riverside location, you'll find three floppy disks. Each of them must be activated on a computer in order to be counted as collectible. 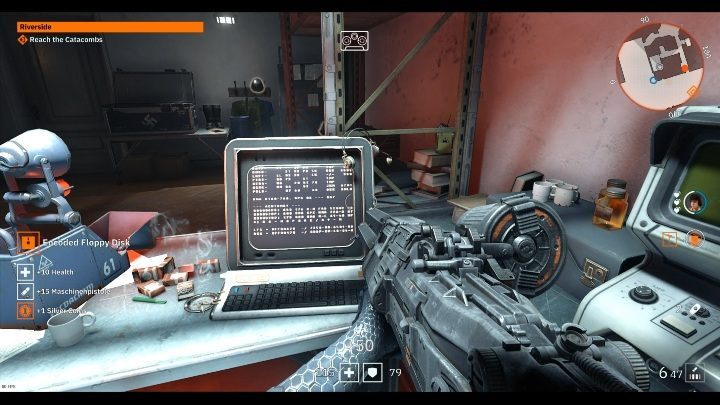 There is a computer in the building on the left side of the square where you will fight with enemies in the second mission. You can remove the disk from it, which has to be activated on any computer. 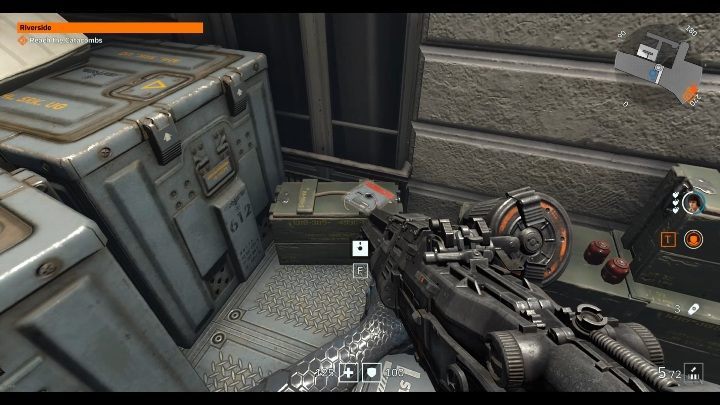 Near the weapons of mass destruction you may find several crates. On one of them there is a floppy disk. 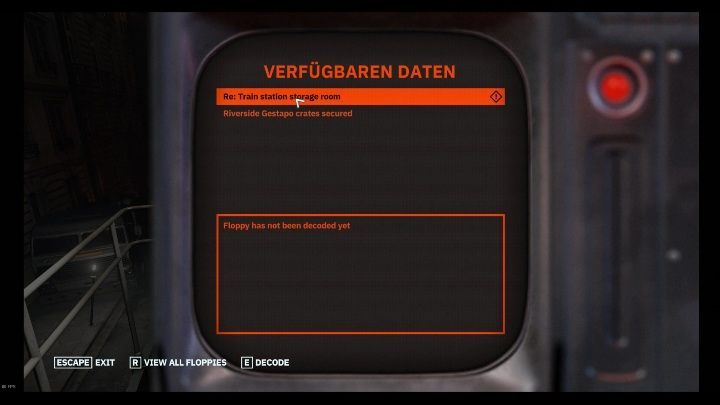 You can activate the floppy disk on the computer next to it. 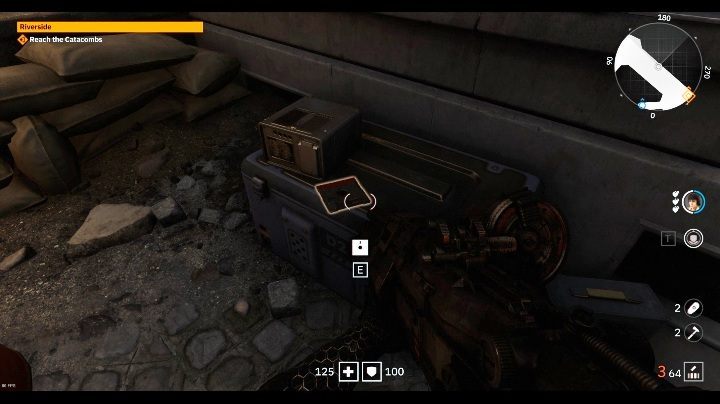 You will find another floppy disk by exploring the area near the entrance to the subway. It lies on a box, in the area with a lot of sandbags.

During the Riverside mission, you have to collect eight readables. 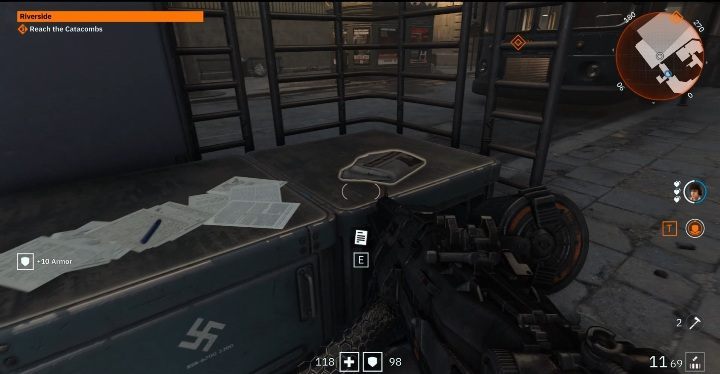 You will find one of the readables right after the battle, at the beginning of the second mission. This item lies near the pile of documents found on ammunition crates. 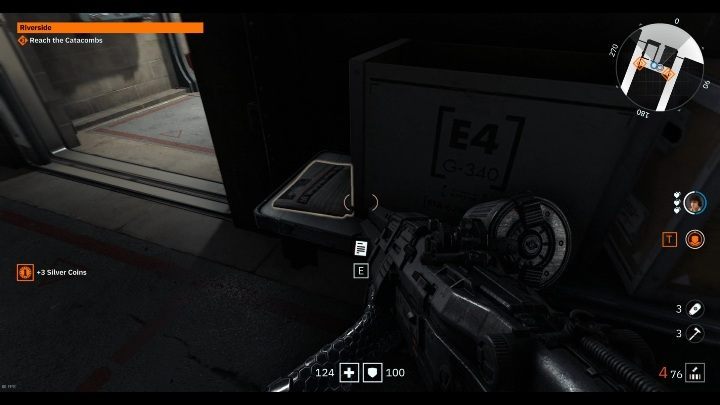 Exploring the area after the fight, at the beginning of the second mission, you will come across another pile of documents. It is located on the side of the shelf, opposite the box with health points. 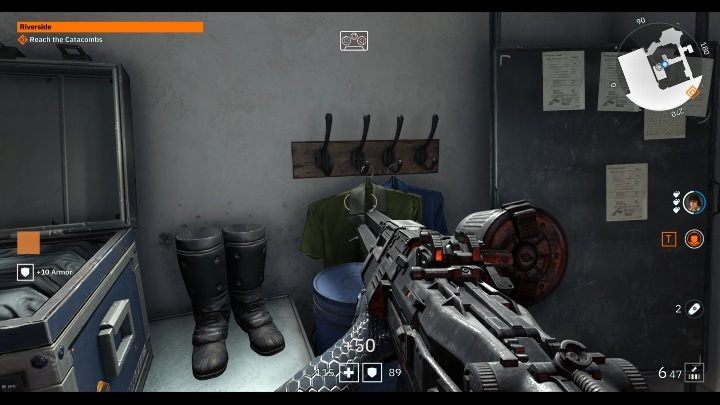 Another readable can be found on the shelf, near the shoes. Around this table you will find some crates and piles of clothes. 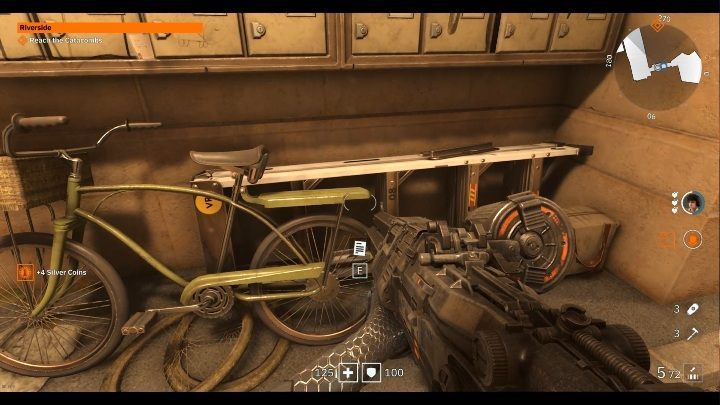 Another document can be found on the green bicycle. This one's in the hallway, at the exit of the building. 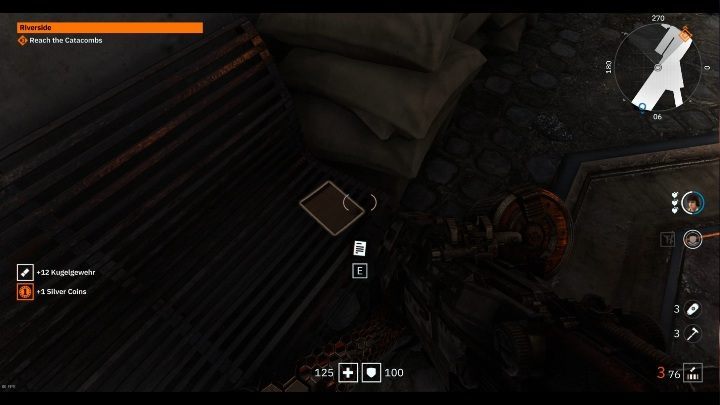 On the bench, at the entrance to the subway, you'll find more documents. 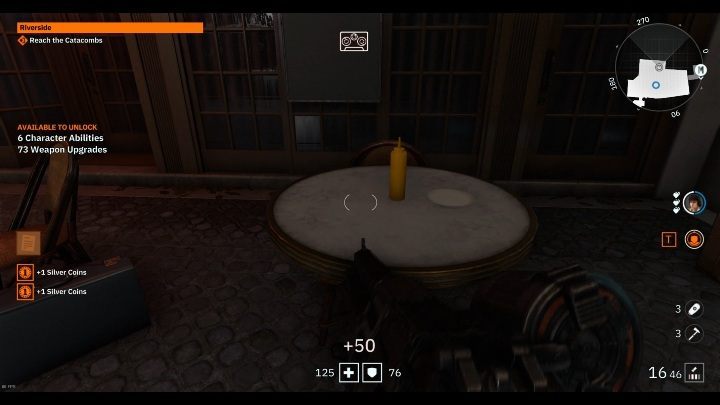 There is a small restaurant near entrance to the metro. On one of the tables, next to the mustard, there's a readable. 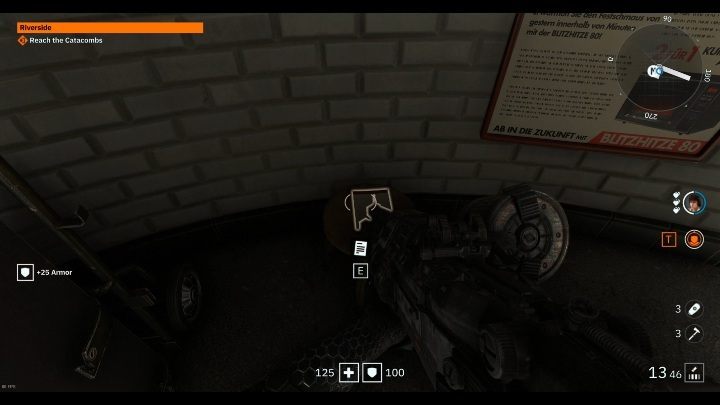 The last readable before entering the subway can be found in the tunnel. It's lying on a chair, so it's very noticeable. 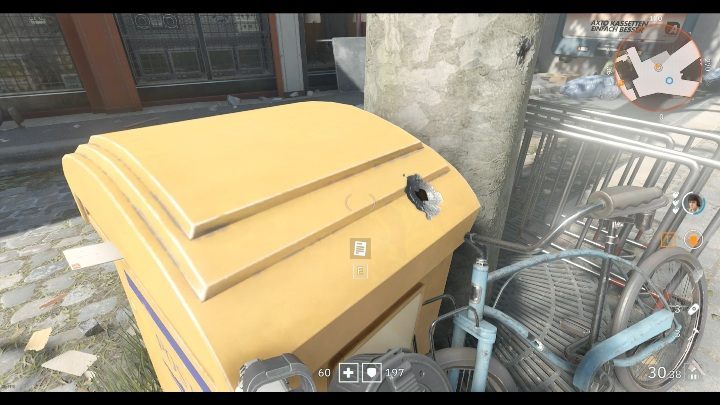 Therese's Letter can be found in a mailbox. It's sticking out of the crate so you may easily take it out

There are two cassettes in the Riverside location, which are very easy to find. 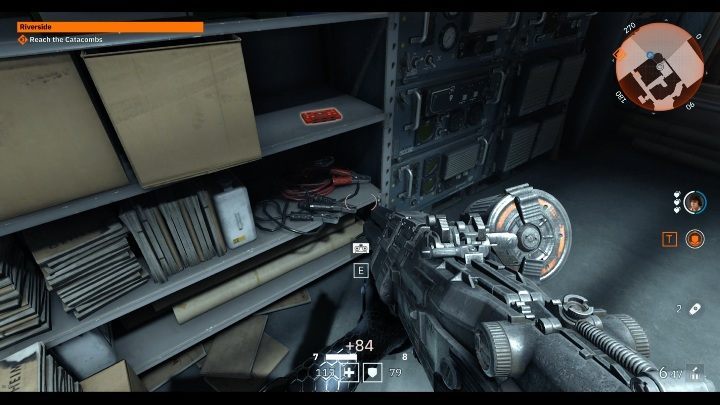 This cartridge is in a cabinet full of books and equipment. This room is on the left side of the square, where you have to fight in the second mission. 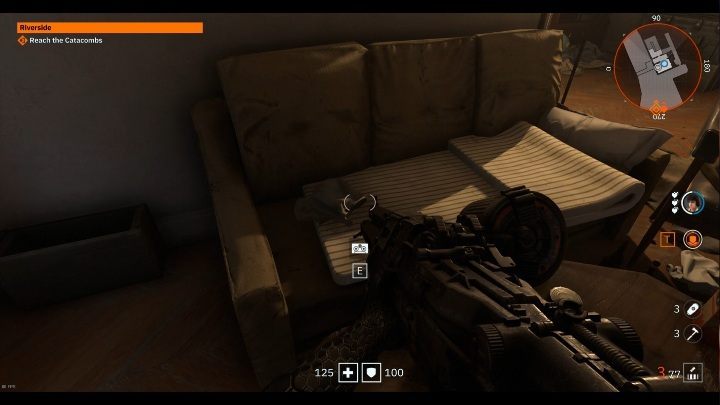 You will find this tape in the sofa, in one of the blocks. You can reach the block during the second mission.

The first two covers that you can find in the game are available in the Riverside location. 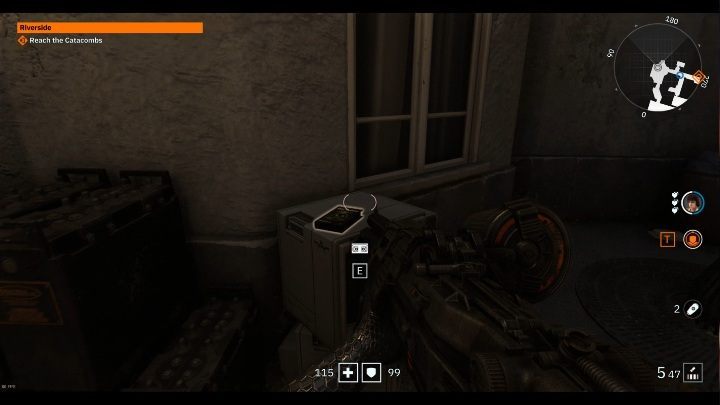 This item is located on the box immediately after leaving the building to the left of the battlefield. 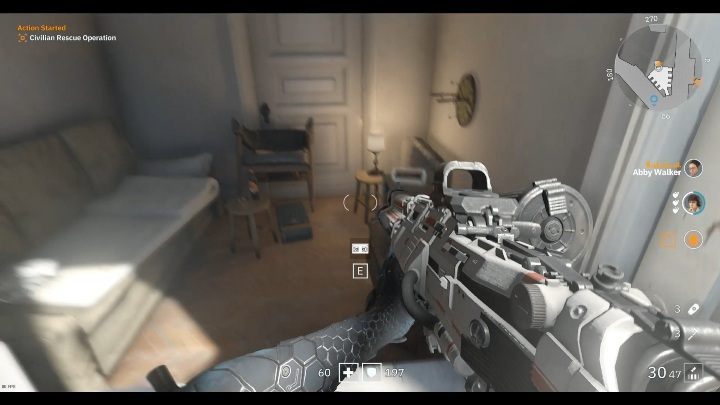 This cover is located in an apartment - check the attic. To get to it you have to jump on the roof with a double jump - this ability is available from the very beginning of the game.

In the Riverside location, you'll find as many as eight 3D glasses. 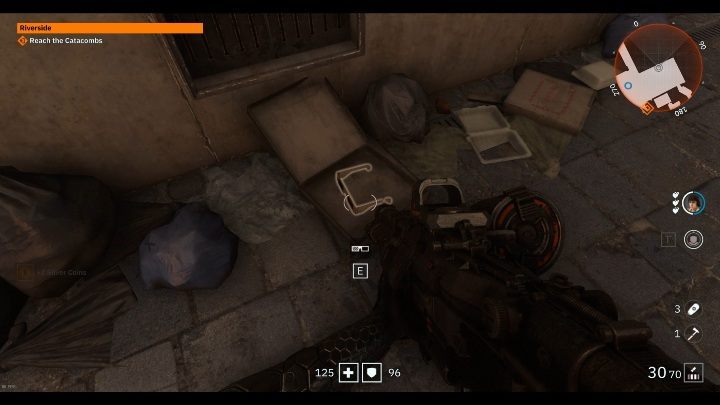 The first 3D-glasses you will find on the floor, to the left, immediately after entering the location, where you start the second mission. 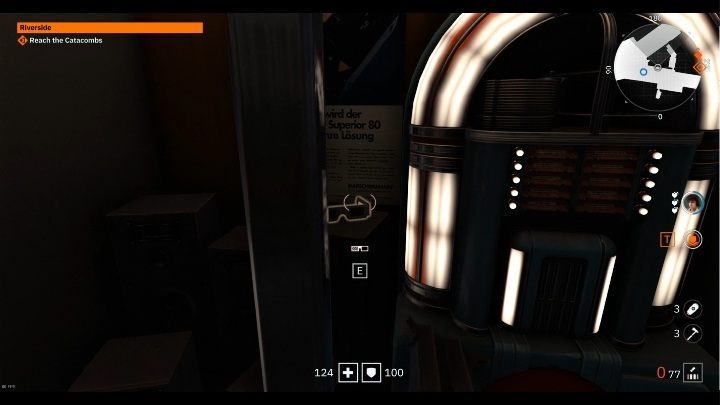 These glasses are behind a shop window. Look for it during the Riverside mission. You need to break the glass to retrieve the item. 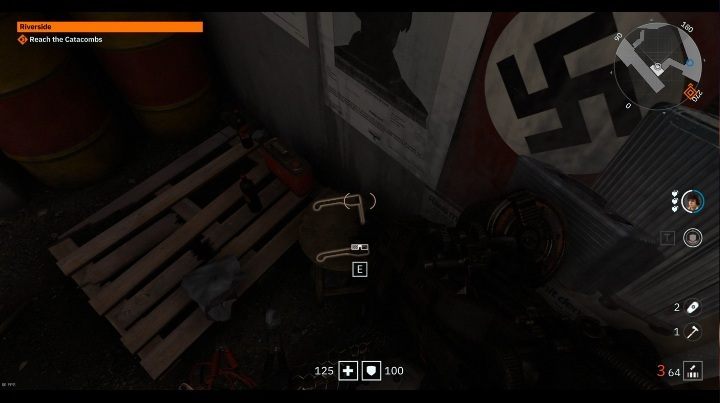 You will find more 3D-glasses traveling on the roofs of houses. There, next to the propaganda posters, you will find the glasses of your dreams. 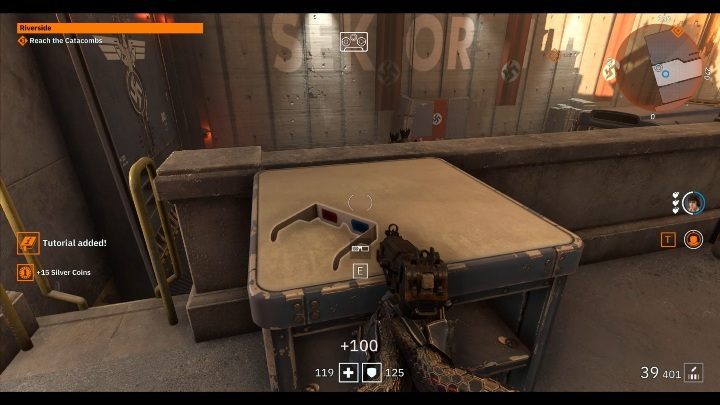 These points can be found on the table, next to the computer with information about the collections available in the game. 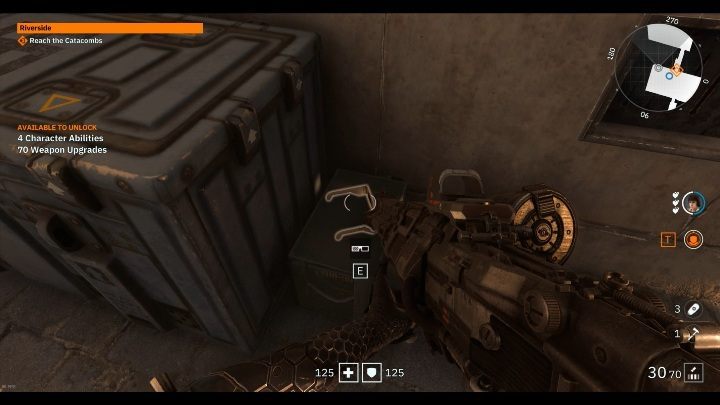 You will find these glasses right next to the door that lead a path to the next location. You only need to go left, through the dump to pick up the item. 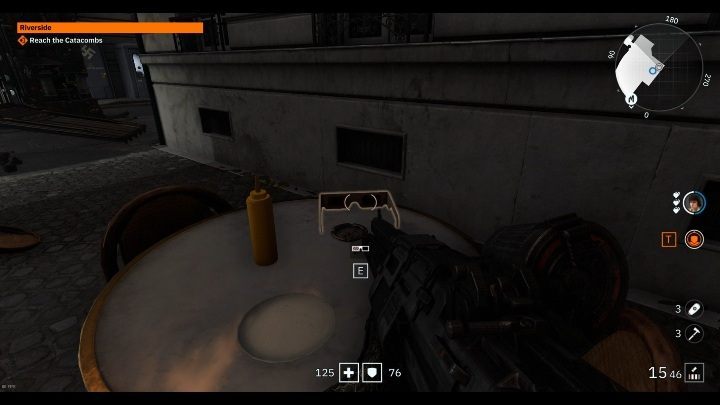 There is a small restaurant near entrance to the metro. On one of the tables, next to the mustard, you can find another pair of glasses. 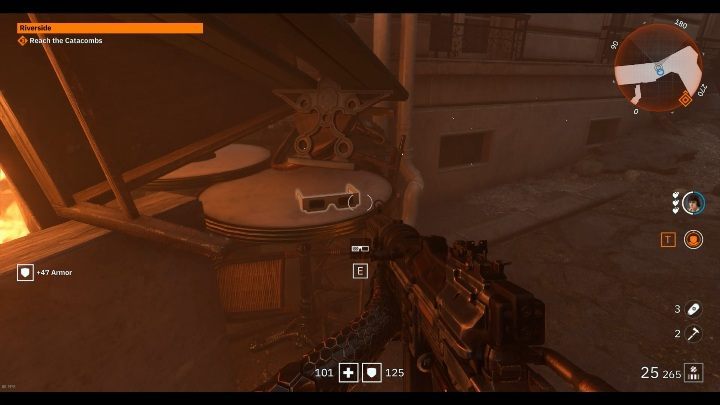 You will find these glasses on the nightstand, among the trenches. 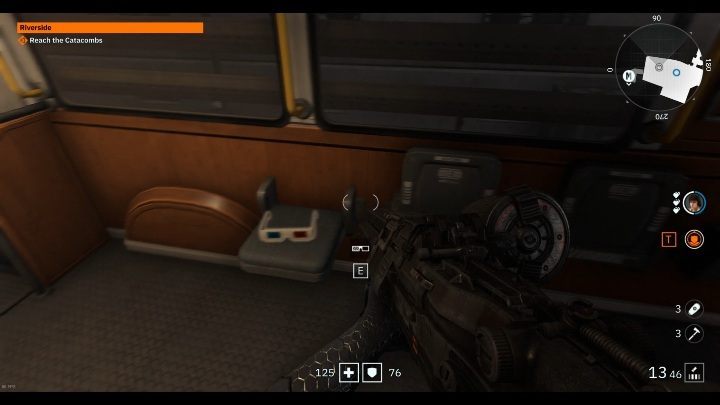 Another 3D glasses can be found in front of the entrance to the subway, in the bus.

In the Riverside location, you'll find the first three conceptual artwork available in the game. 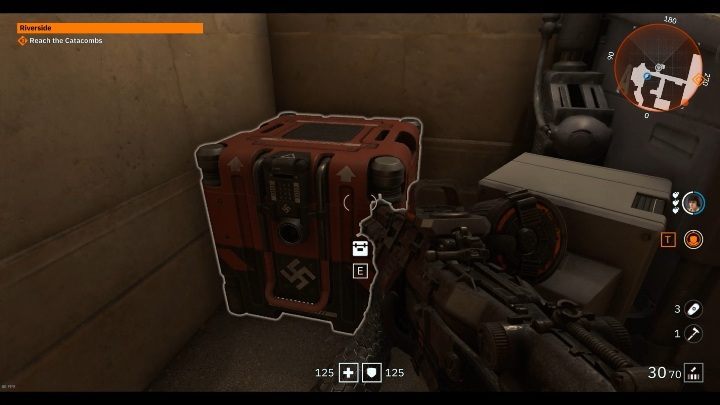 This crate is located in a small room hidden behind bars. You need to break them down with your crush ability in order to get the collectible. 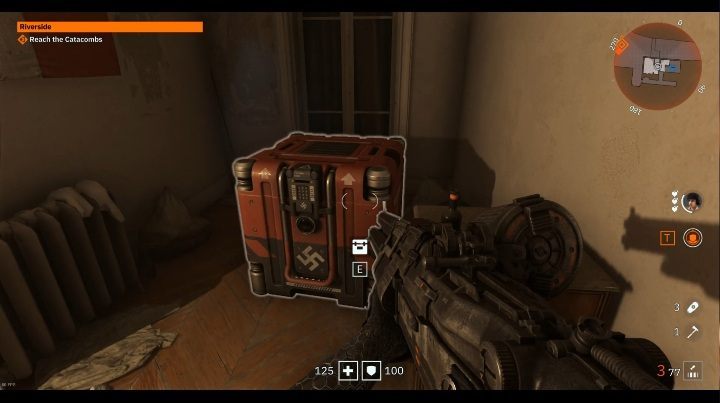 You'll find the first crate in the building during the second story mission. You can enter this building by going in through the window. 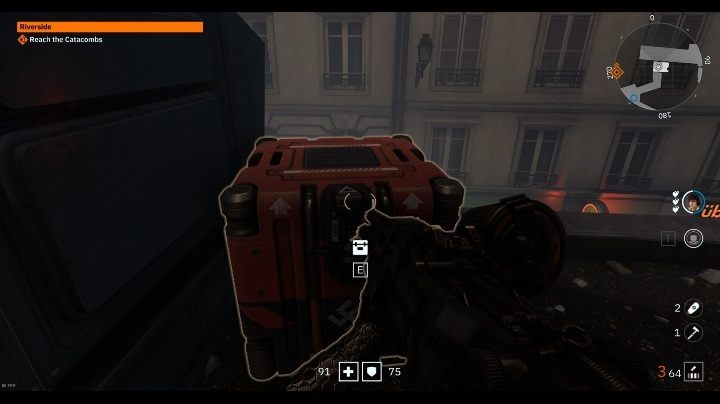 You'll find another crate on the roof of one of the buildings during the Riverside mission.