The-One-That-Suffered is encountered in the second act of Wolcen Lords of Mayhem. 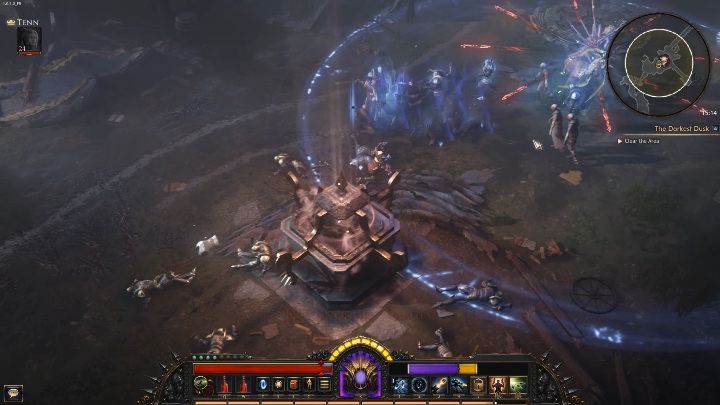 You encounter The-One-That-Suffered during The Darkest Dust quest. This page has information about his attacks and the most effective strategies. 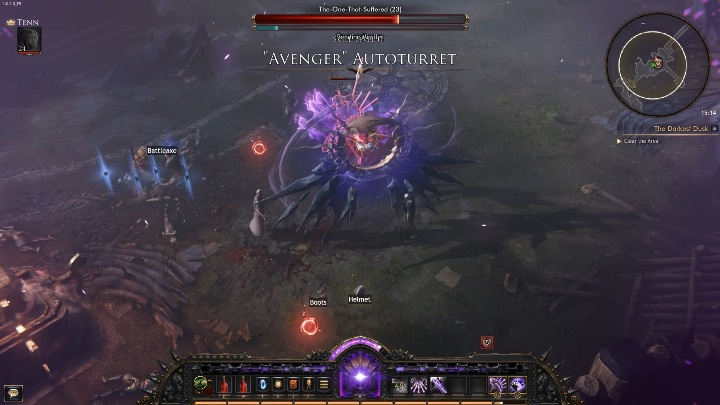 The boss is accompanied by allies right from the beginning of the fight. The best way to eliminate the boss's allies is to activate the apocalyptic form. 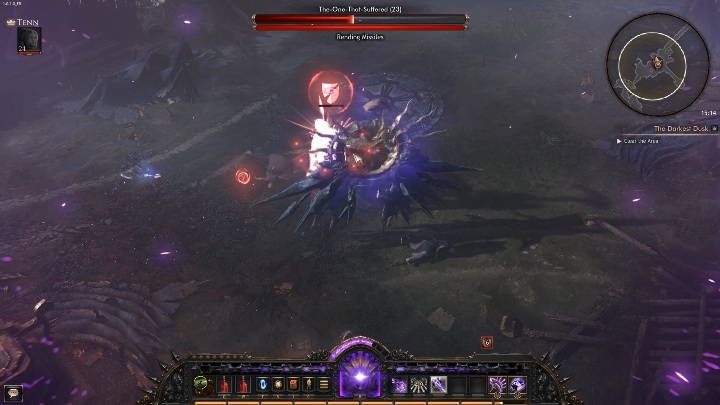 The boss himself isn't that dangerous. He is slow, and his strongest attacks is a swing of his hammer. 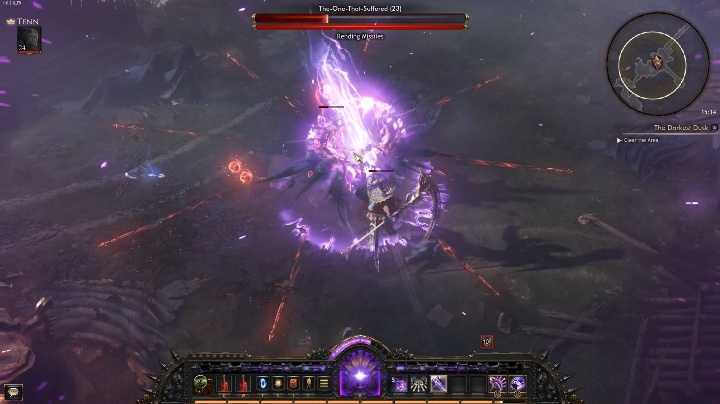 Wait for the boss to get weakened to deal as much damage as possible. 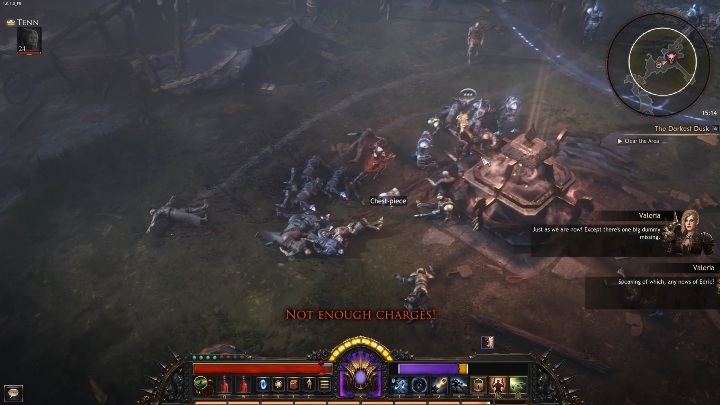 The enemy itself isn't a threat. However, to eliminate him, you will need to kill many of his allies. They are the ones that pose the greatest danger to you.