On this page of our guide to Wolcen: Lords of Mayhem, you will find a list of Duskglaive skills. You unlock skills by developing the character. 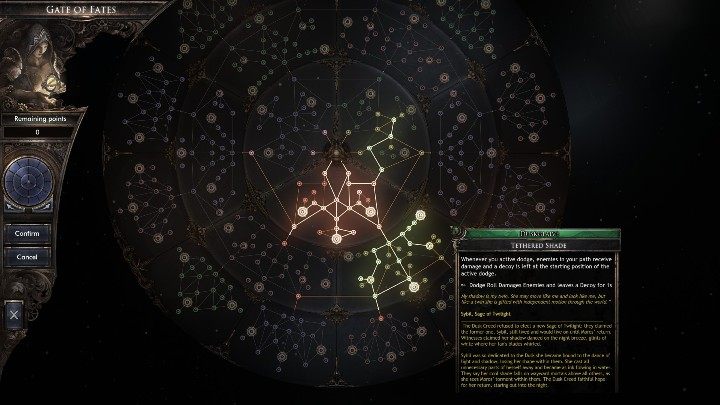 Increases the speed, power of spells and attacks.

This adds one point of endurance.

Increases damage from attacks and spells.

It mixes the cost of Rage and Willpower.

The trap left after a roll explodes.

Gleam on the Breeze

Increases the chance to dodge.

After each evasion, you become invisible.

Increases the speed of casting spells.

All the World's a Stage