On this page of our guide to Wolcen: Lords of Mayhem, you will find a list of Exorcist skills. You unlock skills by developing the character. 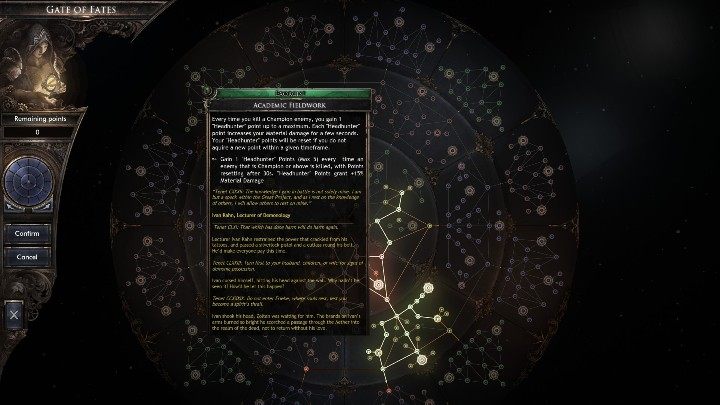 Increases damage from melee weapons, bullets, and the chance to Dodge.

You get Tenet points that increase the strength of the damage done.

You get Tenet points that reduce the damage you do.

Increases the character's speed and chance to Dodge.

You get Headhunter points that increase the amount of damage you deal.

The duration of the Headhunter points before resetting is increased by 50 seconds.

Increases the amount of firearms' damage.

Increases the amount of damage to any projectiles and the power of melee weapons.

You get Anointed Ammunition that increases the damage you deal.

Anointed ammo is returned to you when you deal critical damage.