Naarlog is a mini-boss encountered in the first act of Wolcen: Lords of Mayhem. 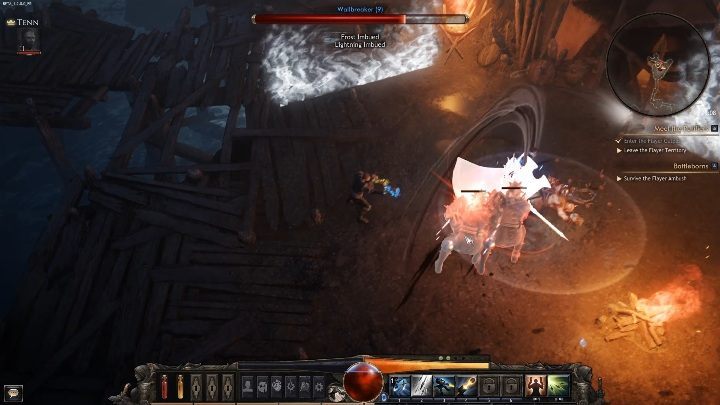 You encounter Naarlog during Battleborns quest. This page has information about his attacks and the most effective strategies. 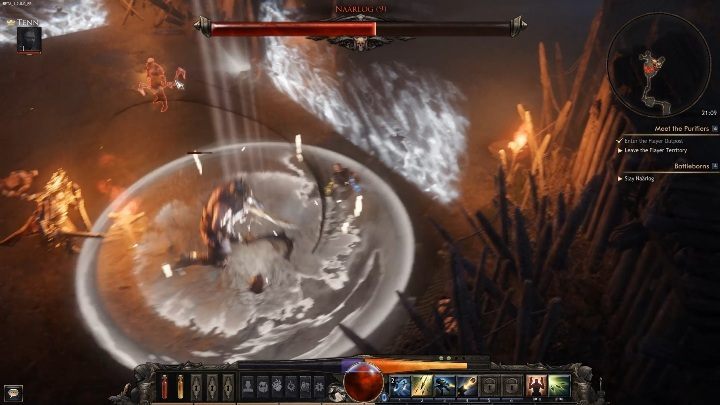 Jump - the boss's main attack is a jump that not only allows him to quickly change position but also stuns the hero. 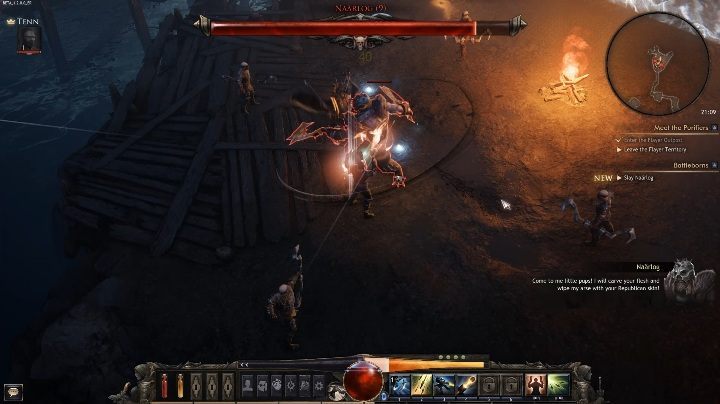 Swings - the enemy swings his weapons a few times. This attack has a huge range. To avoid them, move to a safe distance. 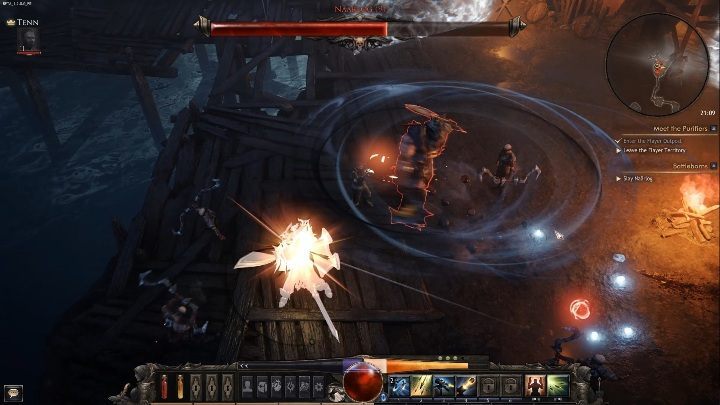 Spin - the boss can spin for a few seconds while swinging his weapons. Don't attack him, just get out of his way. 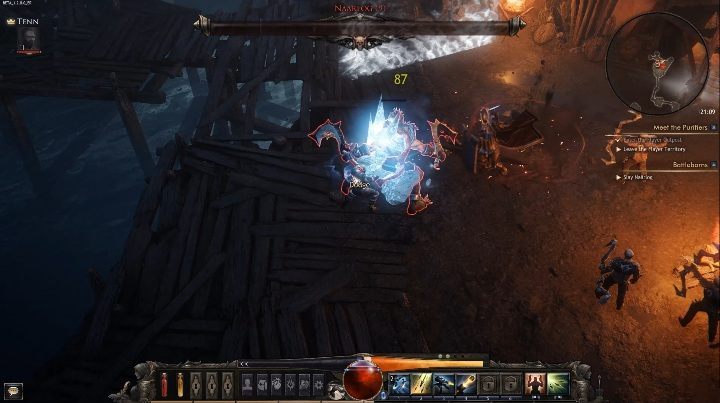 The best way to fight Naarlog is to attack him from behind and avoid his swings. If you see that the boss is starting to spin, get out of his reach. Otherwise, you will lose precious health points.

If you have to right skills, you can try to freeze the enemy to safely attack him.