This guide in split on to parts. Wildstar in 10 Easy Steps contains description of basic mechanics from the game and the main guide describe in detail almost every aspect of Wildstar. Reader will get a description of the interface, classes and paths to choose. What is more, this guide explains differences between Dungeon and Adventure, where every of your choices has an impact. It tells also about PvP instances like also about goals which are needed for victory. It tells you also about Housing, which is a system allowing you to build your own house and about crafting, which gives you a possibility of creating various items from found resources. Guide contains also description of fighting system and hints. Wildstar is a MMO game made by Carbine and published by NCsoft, which already has published many other online games. In majority, it's a science fiction games with dynamic fights and funny storyline. Player may create a character who belongs to Exile or Dominion. First faction wants to build a new home on the Nexus planet while Dominion wants to conquer it and add to its galactic empire. Interesting idea of the creators was to make Adventures, where you can make many choices and each of them will influence the quest. What is more, game offers interesting system of building your own house on the sky rock, where you have an absolute power, limited only by owned gold. 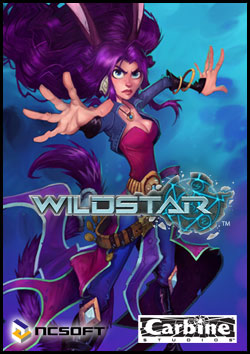 Wildstar is the first work of Carbine Studios. It was released by an industry veteran however, an MMO company called NCsoft, known for the series of Lineage and Guild Wars.
The game is set on the planet Nexus, once inhabited by an ancient race, Eldan. Currently, it is being explored by representatives of many nations. Everyone is trying to discover the cause of the mysterious disappearance of the original inhabitants of the planet.
At the first glance, Wildstar is no different from the other games of the genre. The main source of inspiration was, of course, World of Warcraft, because many workers of Carbine Studios previously worked on the Blizzard’s MMO. In the game, however, some pretty original solutions were used. The innovative character development system that allows you to run the game to your liking is particularly noteworthy. In addition to the selection of race and class, the player must one of the paths of specialization. There are four roads – fight, collecting, construction, and exploration. Development of the representatives of the different paths depends on actions taken by the player. For example, warriors are rewarded for defeating enemies, and those who chose exploration receive experience for exploring the world and discovering new lands. Thanks to this solution, the game does not favor any play style. In addition, the gameplay is varied by randomly generated challenges that allow you to get additional perks for your character.
Some changes were also introduced in the combat system. It is still about marking the opponent and pressing the buttons responsible for given abilities, but introduction of such possibilities as avoiding the incoming blows (e.g. jump to the side) made the player's skills much more important to the outcome of a fight.
Graphic design resembles that of the aforementioned WoW, but the developers gave it a little comic-like look. A large, open world, consisting of several different lands was designed for the game. Its area are quite substantial in size, so nobody should be too tight.

WildStar Game Guide is also available in our Mobile App This site is not associated with and/or endorsed by the NCsoft or Carbine Studios. All logos and images are copyrighted by their respective owners.