This page of the Weird West guide lists all the abilities we consider the best. We focus on abilities assigned to character classes and specific weapon types.

Weird West features class abilities available only to a single class and universal abilities related to weapon types. Unlike perks, abilities don't transfer over to other characters and have to be unlocked again. 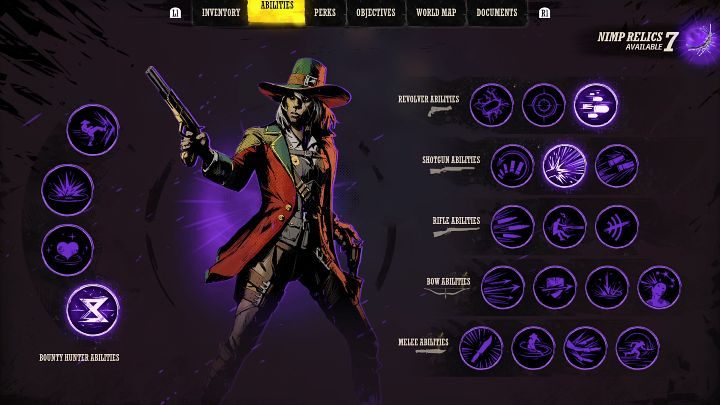 This site is not associated with and/or endorsed by the Devolver Digital or WolfEye Studios. All logos and images are copyrighted by their respective owners.