This unofficial guide for Watch_Dogs is a sheer repository of knowledge about the game, which is meant to help the player complete all of its main and side missions, as well as experience all of the attractions waiting for him in the virtual Chicago. The entire guide has been divided into three voluminous parts. The first one constitutes a game guide, whose primary aim is to explain all of the most important aspects of Watch_Dogs. Further in this guide, there has been information on combat, hacking, using vehicles, escaping police pursuits, traveling around the city and starting successive missions. included. Apart from that, the text brings up the issues of crafting (creating new items), unlocking new abilities and obtaining achievements. The second part of this guide is a very detailed walkthrough for all the main and side missions. Descriptions of each mission include hints that will prove helpful at completing the missions received, in the least problematic way. The final, third, part focuses on collectibles, as well as on attractions available throughout Chicago (with e.g. investigations and all sorts of minigames, among them). Watch_Dogs is an action-adventure game, whose main protagonist is Aiden Pearce. During the game, you will be exploring the streets of Chicago During the game, you will exploring the streets of Chicago, you will spend lots of time hacking into electronic systems and stealing top secret information from others.

This guide for Watch_Dogs includes: 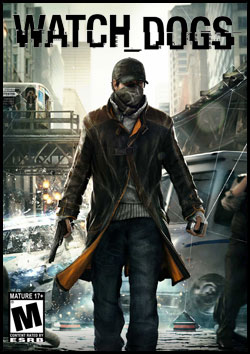 Watch_Dogs is an innovative action game with an open-structured city of Chicago, stuffed with cutting-edge technologies, in which the most powerful weapon of the protagonist are his hacking skills. The game is a work of several studies led by Ubisoft Montreal which is known for game series such as Assassin's Creed, Tom Clancy's Rainbow Six, or Far Cry.
The players assume the role of Aiden Pearce, a former criminal and an anti-hero, who is an expert in hacking. His skills enable him to cause a collision by manipulating traffic lights at an intersection, connect to the municipal monitoring system or hack into phones of people he passes by to learn more about them and, for example, influence their daily life in some way (save them from a thief, help them to take revenge etc.). Pearce talents allow him to control almost every element of the modern world that surrounds him.
Doing all of the above is possible thanks to the presence of the Central Operating System or just CTO. This solution successfully connected the power supply, urban subway, traffic lights, and security cameras to a single infrastructure network . As a result, metropolitan areas are controlled by computers owned by private companies. These companies use their position to collect huge amounts of data on every citizen. To take control over a district, it is enough to find a local CTOs center and gain the necessary access codes.
The game features an open-structured world in which every element connected to the Central Operating System is a potential weapon. All of this does not mean that Aiden is a weakling glued to the screen of his cell phone. On the contrary, he also copes well with the physical violence and is able to deal with considerably more numerous enemy forces. During combat he uses firearms (ranging from handguns to bazookas), homemade explosives, and melee techniques. The cover system helps him to stay alive, as well.