On this page of the guide to Watch Dogs Legion, you will learn how to complete the mission Smoking Gun, which takes place in the SIRS Chapter missions. The mission will be to protect Bagley until he completes his mission.

Starting this mission, it's best if you start controlling an agent that you don't use very often. Going to the place that the marker will show you, you will have to open the garage. When you open it, SIRS will arrest your agent, so you won't be able to use it until you save them. 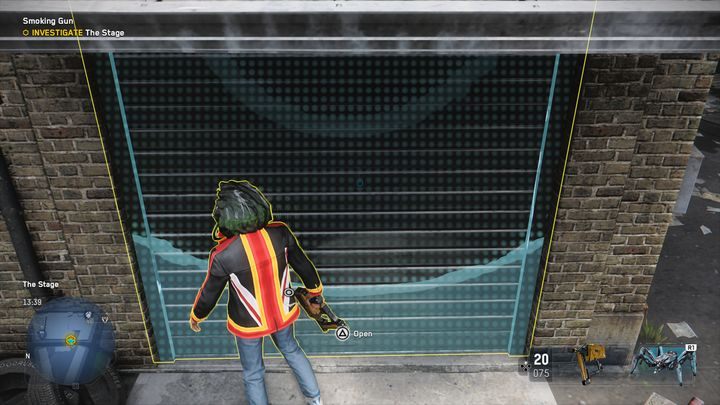 When you open the garage, a cutscene appears in which SIRS kidnap your agent. After that, switch to another DedSec agent. 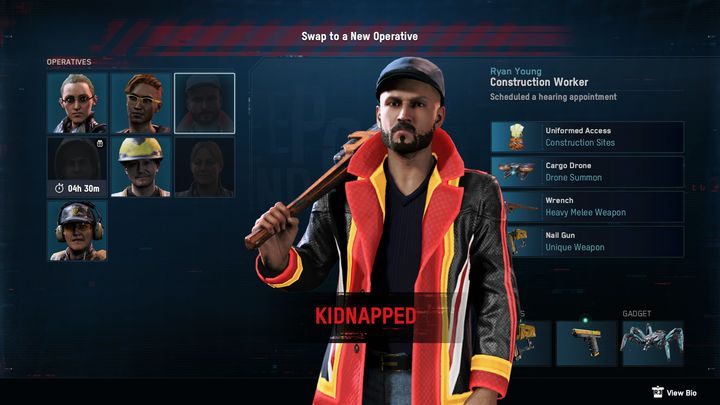 After switching to another operator, go to the new point on the map. When you're close, call a transport drone and head upstairs. 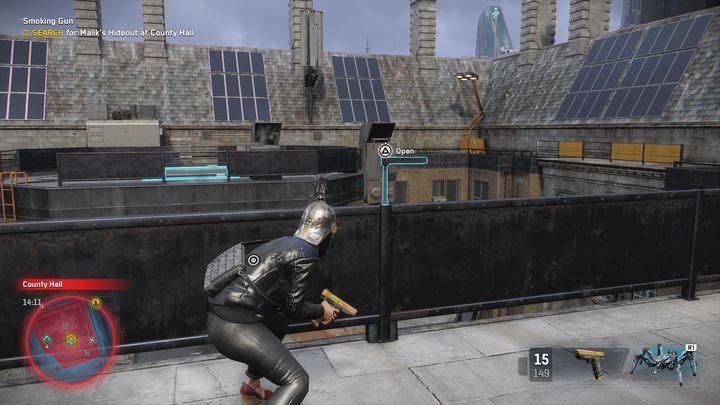 Watch out for enemies there, because you will be in the middle of a restricted object. Eliminate the enemies, then go to the switch and activate it. 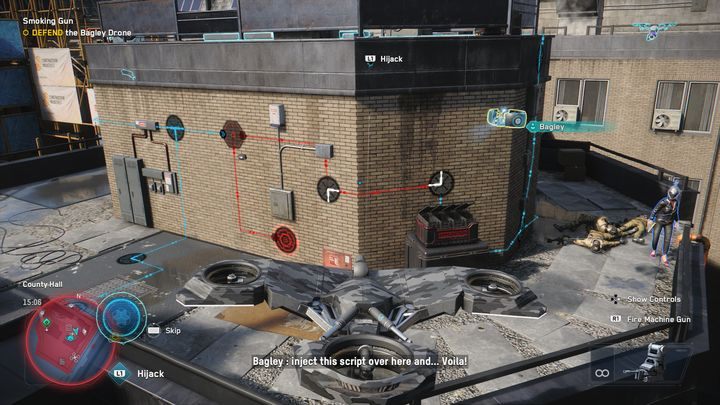 At that point, Bagley will take control of one of the drones. He'll solve the puzzle for you. However, this does not mean that you will stand idly by. At the same time, the guards and the drones will attack you. You will have to protect Bagley from enemies until he completes his task. It is worth at this stage of the game to have unlocked the ability of Betrayal to make it easier for you to battle opponents. Eliminate primarily those who prioritize attacking Bagley. 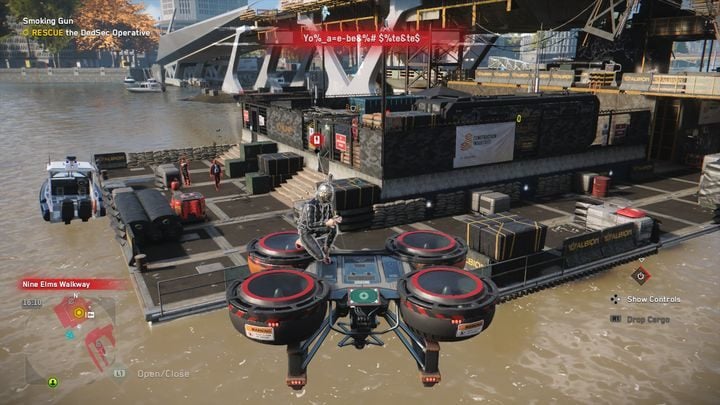 When Bagley has completed his task, run away from that place and go to a new one, which will be marked on the map. This facility is filled with enemy units, so going undercover may not work. Defeat the enemies, then fly over the fence. 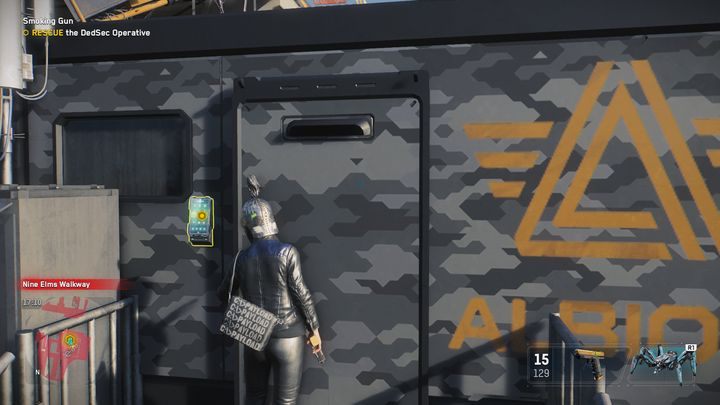 There's a room inside that you need to get to. However, to do this, no one can attack you. Defeat the enemies, then go inside. Then the cutscene will come on. When it is over, you will also complete the mission.