On this Watch Dogs Legion guide page, you will learn how to best develop your characters, and what should you invest your Tech Points in.

How to develop a character? 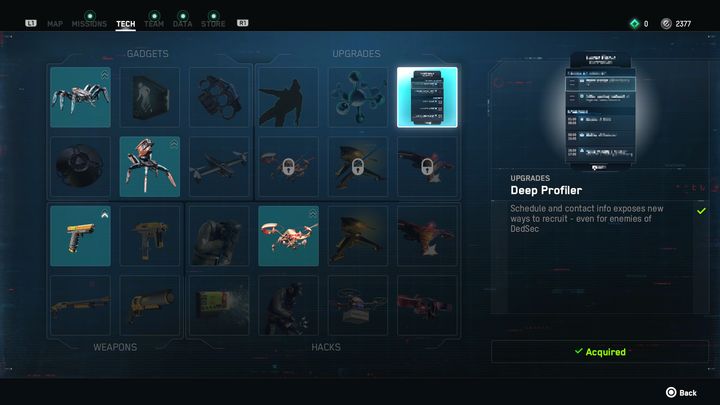 We develop the characters using Tech, which is located in the game menu. You'll find four different trees that you can upgrade to unlock new features. These are Gadgets, Weapons, Upgrades and Hacking.

You unlock each of them with Tech Points found everywhere in the city. By purchasing an upgrade, you can increase its power twice. For example, when you buy Spiderbot for the first time, you can purchase it two more times to improve its capabilities.

In this case, you will unlock the double jump and sprint. The third level adds the ability to manually activate camouflage. However, it is worth remembering that the subsequent improvements cost more Tech Points. 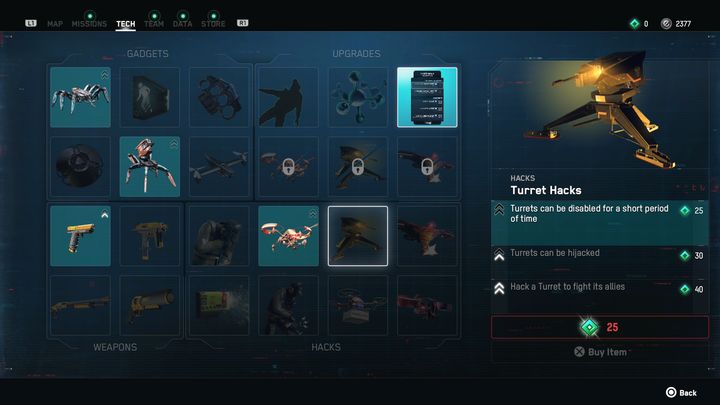 Watch Dogs Legion has a lot of cool gadgets and weapons. Unfortunately, some of them aren't that practical – you will use them only a few times. However, the others are good enough that the player could buy them and complete the game without much trouble.