In Watch Dogs Legion you can recruit virtually any NPC you may find in the game. Each of them has its own history and different predispositions to act in a particular class. The following chapter will explain how the development of a character in the game looks like.

In the Watch Dogs Legion, each character has a different starting level. This means that after recruiting she or he can have different experience. This may affect whether you will be able to assign an ability to a person at the very beginning.

The levels of characters are also not aligned, so your team members are at different stages of development. 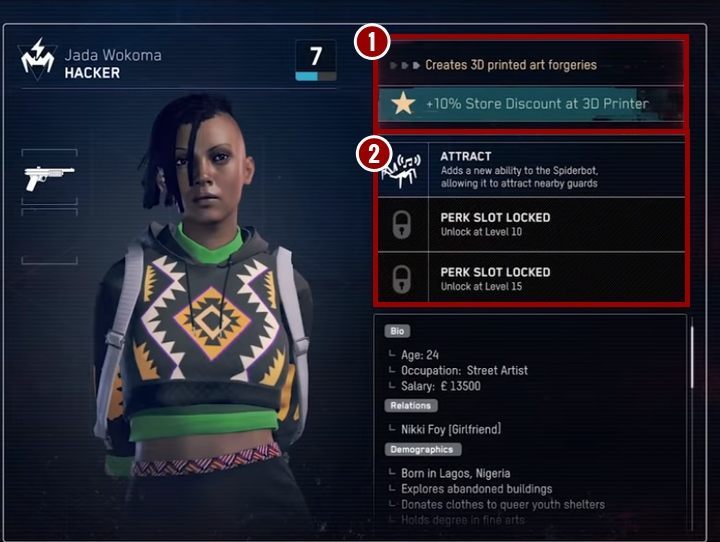 Once you have recruited a character, you must select the class to which the character should belong. This selection is a one-time decision only (!). The past of NPCs makes it a unique feature of its own. Thanks to them you can precisely determine where someone will suit better. This decision is important because all classes have independent sets of abilities. Each person can have a maximum of four characteristic traits - one personal [1] and three provided by you [2]. However, you cannot assign them at any one time. You can select one ability each when the character reaches level 5, 10 and 15.

You should also bear in mind that all recruited people can die in action - this state is permanent and you cannot reverse it.