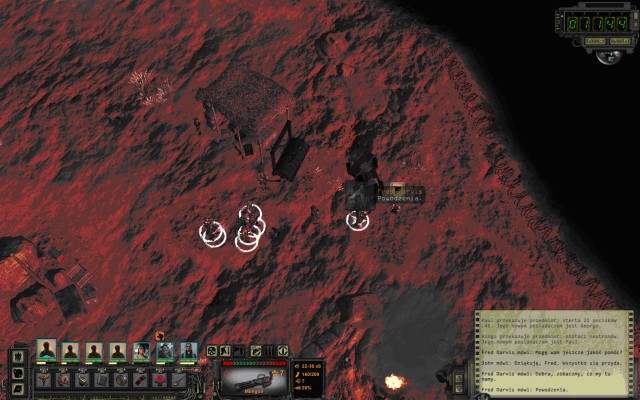 In Arizona, you won't be able to explore the area - you only have one quest left - defending the destroyed Citadel. . You land within a long distance of the building's entrance, in a safe spot where you can get some supplies and get prepared for the final battle. You should get rid of all the garbage and buy not too much ammo, maybe some melee weapons. You'll find a lot of supporting characters here who will help you if you helped them:

Vargas - the general will offer you his help. Visit him to level your party up, because the radio stops working at the Citadel;

Jan and Darwin mutants - if you kept the promise about not telling anyone about them;

Fred Darvis - a man you met in Prison, who had a problem with a transport cart. If you helped him, he'll be here to help you with the best weapons;

Mercaptain - if you have collected a DAT tape from a toaster in Seal Beach tunnels, she'll give you unique weapon upgrades;

Hopi and Magee - two girls from Damonta, they will help you if you have helped them fight robots;

Matt Forrestall / Kate Lawson - according to which location you've saved (Ag center / Highpool) and how much you've improved the living conditions (medicine for Matt, mayor election for Kate);

Jill Yates and Bart - you've met them while going to Titan Canyon. If you've saved Bart and helped them get their cows in Damonta, they will join you;

Danforth - leader of Skorpions will help you if you have helped them achieve peace between Guardians and Skorpions in Prison;

If there is someone missing, this means that you have improperly completed a quest connected with that character, or you forgot to talk to someone, after you completed the quest. However, if you have been trying to help people in Arizona, ease down conflicts and so on, in front of the Citadel gate, there should be a large group of supporters. Do not worry if only a handful of them actually come, because they die quite quickly anyway. Apart from that, at this point into the game, your party should be able to defeat Matthias on their own. 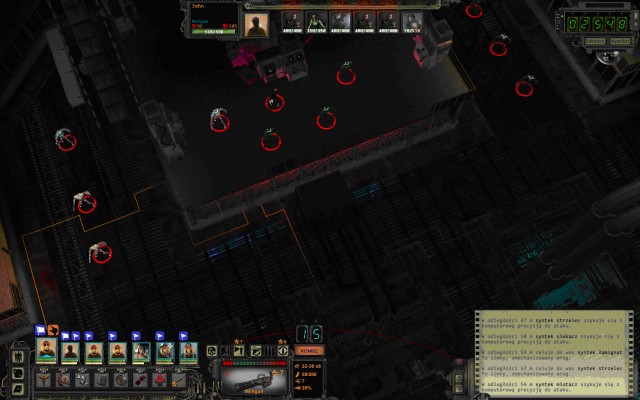 After you resupply your team and choose people to help you, you can go to the Citadel. Consider whether you want to take all of the available characters, because the road to the Citadel is quite narrow and excess of people can easily form a congestion that are difficult to unload. Apart from that, not all allies are equally useful, due to the weapon they have, or their CON level. You will use the majority of them in the form of cannon fodder, but there are several characters here, such as Hopi, Maggie or Vargas, who prove to be decent shooters. Also, remember that they can heal wounded allies, if necessary.

On your way, aside from a robot scorpion (smaller than Scorpitron), you'll only encounter small groups of robots and a meson cannon by the entrance. When you enter the building, you'll find out that the armored door in the center is open and the elevator leads deep underground. You'll meet Matthias and some robots. Regardless of your choices, he and his robots are controlled by Conchise AI and a final battle will start. The robots aren't very strong, but they will respawn in four spots. You don't have to attack Matthias, but your support probably will. Find a spot behind a cover to have a clear view of places where robots are spawned. It's a good idea to equip each character with at least one weapon with a different type of ammo or melee weapons. The robots are heavily armored, so energy weapons, sniper rifles, and - in case of melee - blunt weapons are best against them. In total, there are not too many robots, but they are heavily armored, therefore energy weapons, sniper rifles and clubs for melee, will be best here. Try to expose yourself to enemy fire as rarely as possible, because machines are capable of immobilizing even the toughest of characters in several shots. 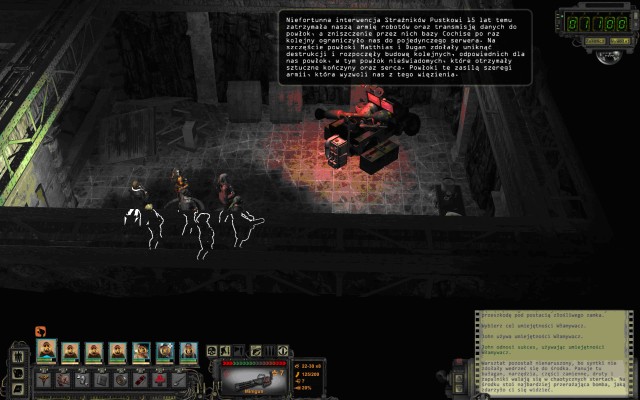 As soon as you defeat robots, go right to find Matthias, where you find stairs up. You will get back to the Citadel's ground floor where you'll have one more quest to do: detonate the nuclear bomb to destroy Conchise. You'll find it in a room nearby, where Min Liang Tan used to trade.

Convince Mercaptain to enter the chopper and escape;

Use the nuclear bomb and sacrifice the whole team;

Choose one person to stay and detonate the bomb while the rest escapes.

The choice doesn't really matter - only a summary in the ending screen will change.