In the Bastion you can speak with Maggie who will tell a lot of interesting things about the leaders of the Church. Apparently the paladin named White has a drinking problem and a wife of Malediction Mayweather lost her previous husband in suspicious circumstances. When you will enter the Observatory for the first time the paladin His Holiness White will speak with you. He will ask you to give him all the drugs and alcohol in your possession since they are forbidden in the Bastion. For now you can just ignore him and he will go outside of the building.

If you have helped Veronica in Hollywood the best decision now would be to help Ascension. Speak with him now if you didn't join to the Vigilant Church yet. He wants you to find for him an evidence of corruption of Malediction Mayweather. In return he will allow you to use the local radio.

Go to the Malediction's chambers and talk with his wife Fidelity. Unfortunately she won't help you. You can use Kiss Ass on her (at least 8) to gain additional experience. Use the stairs right to the building's main entrance to get to the observatory. 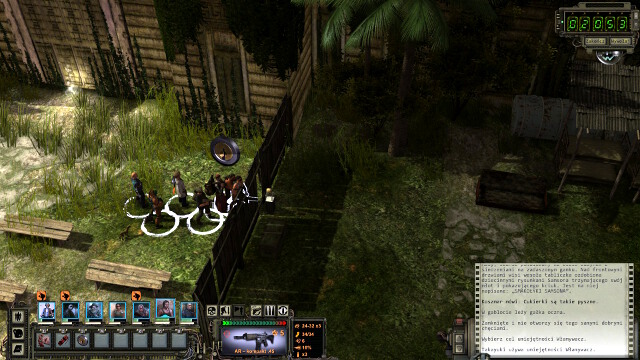 On the roof you will find the storage with alcohol. Take with you vodka and return to Bastion where you can speak with His Highness. He will be mad at you since you are wasting his time however he will instantly cool down once you will give him one of your own bottles of vodka. Using his good mood you can ask him few questions about Malediction's wife. He will tell you that he killed the previous Fidelity's husband and that he keeps his victim's eye in a cabinet. Go to the place which you can see on the screenshot above and use your Lockpicking skill to gain Simms' eye. This way no one will notice nor attack you. Take the eye to Fidelity. She will give you evidence against her husband. Take them to McDade. You will be a witness of Ascension killing Malediction. From the body of the church's ex-leader you can take the gate which will let you go to the radio. Speak with McDade and go to the transmitter. The guard will not make any problems. You can use the key and go upstairs where you can install repeater unit and take three bags with zeolite from the ground and to from the safe (you need five bags to upgrade your suits). Now you can return to Veronica in Hollywood.