The main plot in Hollywood you will begin by speaking in the Hollywood Chamber of Commerce with Heidi Hollander. Before that, you have to save Heidi - she's being attacked by three pigs at a funeral, right beyond the gate. If you don't hurry, the beasts will kill her friends but leave her. Kill the animals and talk to her - she'll return to the brothel. When you return to her, she'll ask you to check if Veronica fell in love. You can also find Veronica in the Chamber in the room on right of Heidi. She is definitely bothered with something although she does not trust Rangers enough to share with this topic. If you will use your skill (first Smart Ass 7 and later Hard Ass 10 or Kiss Ass 8) you can unlock the quest which requires you to deliver to her any evidence for the existence of slavery in Hollywood. 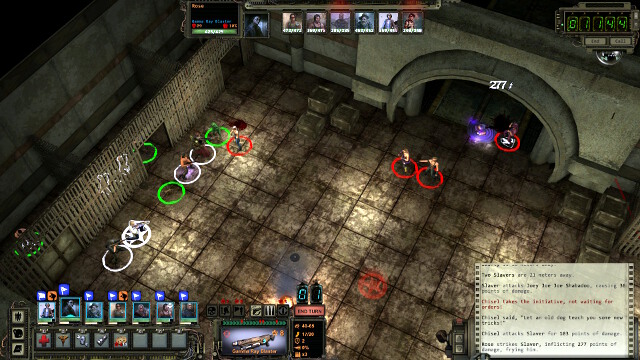 The fight with Fast and his people

Go to the Schwag's bar. Speak with Fast who will notice an extraordinary talent of Rangers and will offer them a visit in his office where he helps new stars to rise. You can also speak with Flo who will ask you to meet him at the cemetery to tell you something important about Fast. Schwag's diary or Fast's diary may both be an evidence for Veronica. The first one you can find in a safe in Schwag's office where you can't walk freely. First you have to hack the door although Schwag and his people will attack you after a short conversation. The group is only three men strong and they are wearing weak armors, but have high CON and quite decent weapons, so do not be surprised if they give you some beating. If you will show the diary to Flo she will become a new owner of the pub. Papers about Fast you can find in sewers close to the entrance to Hollywood (don't confuse them with the location named Sewers) where you will be attacked by Fast and his people. After the fight you may open cages of the locked "stars" however you should first disarm the explosives on the door if you don't want to kill locked people. Also, you can use the key that you have found on Swifty's body, which saves you some effort. You can now go to the Veronica with an evidence.

Veronica will ask you to deliver an evidence to Heidi. When you will do that Veronica will tell you about her love named Broken Man who always wears a mask so she can't even tell what is his real identity. Now you can tell Heidi about Veronica's love to complete this quest. Veronica will be fired and Heidi will begin her preparations to attack the Church. She will ask your team to help her and the Chamber defeat the Bastion of Faith. If you want to make a peace between these two organizations don't tell Heidi about Veronicas lover. 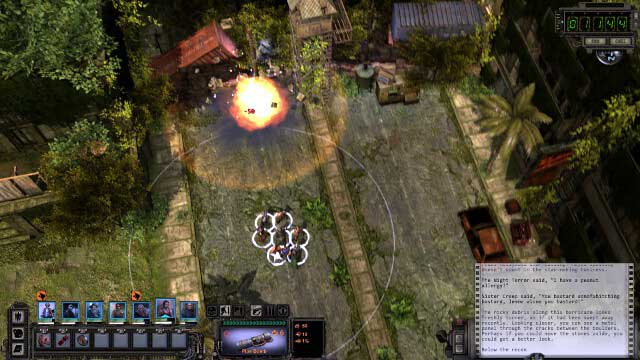 The secret entrance to the Bastion of Faith

In the north part of this location close to the a little TV and Matthias you will find a pile of rocks. Your Perception skill may help you discover that behind these rocks is a passage. Use explosives (you can buy them form Rambeau) to open it. Go inside and you will reach the Griffith Observatory. You will be in a room of Ascension McDade who is Veronica's lover (you may find his mask on the table). Ask him about Veronica and he will confess and ask you to go to her and tell her the truth. He may also unlock a side quest focused on finding evidences against Malediction Mayweather (tell him that you want to join to his Church of Inquiring). Return through the tunnel to Hollywood and Veronica.

Tell Veronica that McDade loves her. Ascension himself will appear and they both will offer you to make a peace between the Church and the Chamber. If you want to do that you have to let Veronica take over the Chamber and also help Ascension to take over the Bastion. To help Veronica get rid of Heidi you need to have at least three votes in the voting. Go to the members of the council and try to persuade them to vote for Veronica. Votes belong to:

After you will succeed to provide at least three votes you can go back to Veronica. She will ask you to make McDade a Bastion's leader before she will start the elections (read a chapter about Griffith). 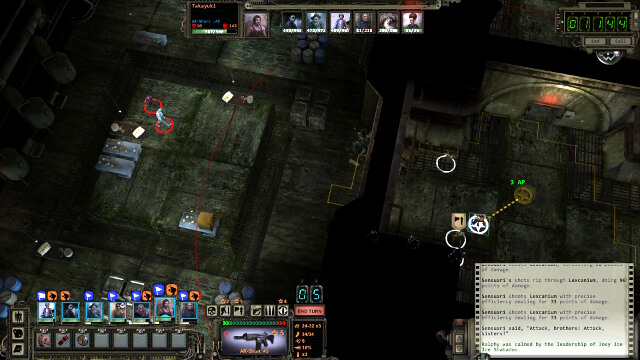 Heidi and Synth in sewers

When McDade will become a leader of Bastion you may return to Veronica. Go to the elections to the room on left of the main room in Chamber. Heidi will run away and Veronica will ask you to find her. Go to her bedroom behind the rooms where you was talking with Veronica before. Either kill the guard or open the door and let the trap do this for you. After that, use Perception to find a lever which will open a hidden door. Inside you can find a safe from which you can take a key to the salt laboratory. Use the entrance to sewers. Go towards north and open a door to a laboratory with your key. You can also find a key when you will fix a toaster of a crazy uncle Vilpula nearby or you can just hack through the door. Inside you will find a group of junkies, Heidi and a Synth who is the biggest threat among them. If you want to make this battle easier you can go to the sewers earlier and clearing the laboratory form junkies. In this case you will fight only with Synth and Heidi. If you have not done that anyways, stay away, within a safe distance and serve the opponent a rocket. A well-aimed RPG will deal with everyone, apart from the synth, who loses almost all CON, as a result. Also, this will open the nearby safe. After you have killed everyone, return to Veronica. 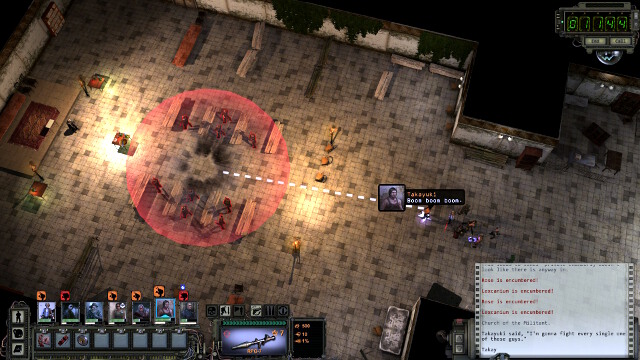 It's not the end of this story yet. Veronica will ask you to meet with Ascension who will close to the gate leading to Los Feliz. He will tell you that meanwhile Retribution Jones led the coup and took over the church. He will suggest you to use the secret entrance behind the pile of rocks (which you have used before) to get to the Observatory fast and to kill Jones. Do as he says. Inside you will have to clean this area from a bunch of priests. A well-aimed RPG (such as on the screenshot above) will kill all Retribution's man with one hit before the battle will even Begin. Jones will not be a special challenge for you. Also, you will be able to rob the store by the Observatory exit, but do not take all - the amount of gear there may render your allies unable to move. You an loot the store with impunity, but do this wisely. For example, you can load all of your party up, with the exception of one character, thanks to which you will still be able to fast-travel between locations, return to Hollywood and sell everything you can. Then, with your backpacks empty, you can return for what's left.

After you clear the interior, use the main entrance. Outside, you will have to fight knight remnants. There are quite a few of them there and they have decent levels of CON. Also, they pack a meson cannon, which is why you should remember about explosives and remember to haste, to avoid getting hit a powerful energy projectile. After you clear the Observatory yard, go right. At the entrance into the Radio station, there are three nights more and two turrets. The final stage is the radio tower guarded by a group of gunmen and a meson cannon. The enemies will quickly cluster together. Use this to your advantage and deal with them using explosives. Hurry to destroy the cannon, before it is fully charged. You can also ignore knights in front of the Observatory gate. After truce between the Salvation Church and Hollywood is signed, they become neutral to you.

Before you return to the Observatory, remember to free the penitents and talk about it to Maggie. 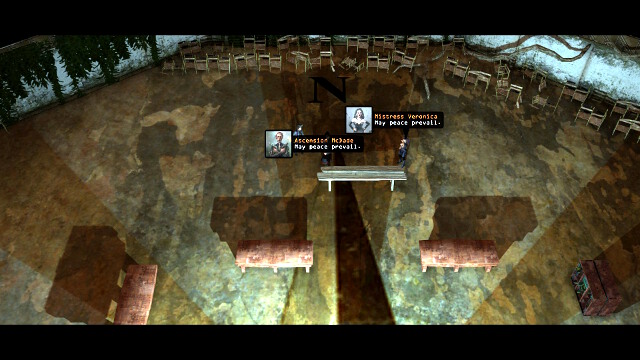 A peace between the Church and the Chamber

After this job you will find Veronica and McDade in the main room in the Observatory (it's the same room when you've met Malediction Mayweather). They will sign a peace between the Hollywood Chamber of Commerce and the Salvation Church. As a reward your team will receive 3000$!