You will unlock this quest during your conversation with Carlson who will tell you that the Foxtrot Team went toward south to Seal Beach. Unfortunately the radiation there is too high and you can't go there now. First you have to upgrade your anti-radiation suits (read the part titled "Upgrade Anti-Radiation Suits"). 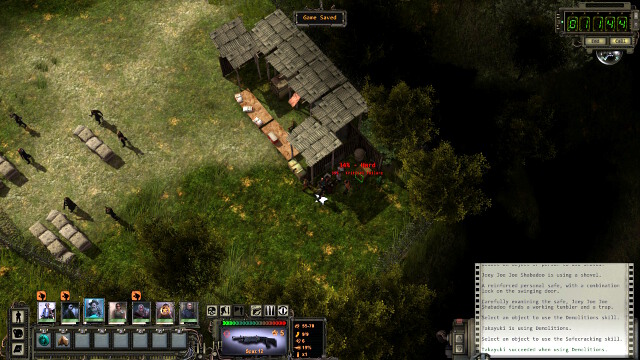 Even if you will upgrade anti-radiation suits using the cat litter you will still be unable to pass through the wall of radiation on south. However you may now go to Griffith where you can use the local radio station (you may read about details in a chapter focused on Griffith). Once you will install here a repeater unit you may contact with Arizona and with Mercaptain who will send to Woodson designs of the best anti-radiation suits. To use them you will have to find five bags of zeolite. You can find it close to the tower in Griffith in a place shown on the screenshot from above. Three of these bags are on the ground and other two are hidden in the close safe. Unfortunately it is very difficult to open this safe and even if you have the Safecracker skill on level 10 you will have only 34% chance of succeeding and 35% chance of critical failure. That's why before you will try to open a safe you should save the game or use some other way (such as a grenade). If you will have a problem you can also find two bags of zeolite in a possession of priests from a minor locations named Santa Monica and La Cienega. Return with zeolite to Woodson who will upgrade your suits. From now on you can go to Seal Beach.