To pass the first canyon, along your path to Damonta, you need to effect an offering for the temple. Go to Outpost One, where Brother Franks gives you three containers for the radioactive sludge. Also, you will be followed by monk Sapphiro. As long as he is alive, you will not be attacked by the raiders here, who usually perform the role of guards of the sludge barrels, of a kind. . Watch out, though, because the members of the militia will be trying to kill the monk, to keep their existence a secret. 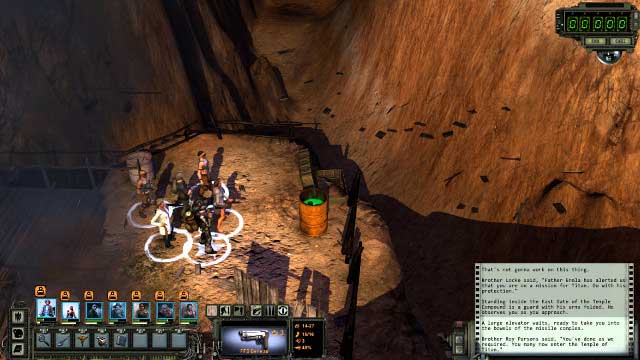 IN total, there are 8 sludge barrels (the screenshot) Six of them are in the canyon and there are two in the Temple. You can use each only once. At each barrel, there is a group of enemies - raiders or mutated animals. Once you clear the area, add the containers that you received from Franks, to the quick bar and clock on a barrel to fill a container. As soon as you fill three of them, you can return to the Temple.

Talk to Brother Parsons on the Temple gate and hand the containers over to him. If you have been killing monks earlier, he will let you know that you need to pay double the amount. You will receive additional containers and you need to go to the remaining barrels. You can also tell about the militia HQ to bring the price down to the original 3 units. Once you hand over the sludge, you will be able to walk into the Temple but, not leave it (or at least, not the way that you need to) - the gate to the East remains shut for as long as you talk to Father Enola. Enola wants you to go to Silo 7 and deal with some Brother Wright, who rejected the Titan (the Temple's main plot). Once you accept the errand, the gate to the East will be opened and you will be allowed to go to Damonta. 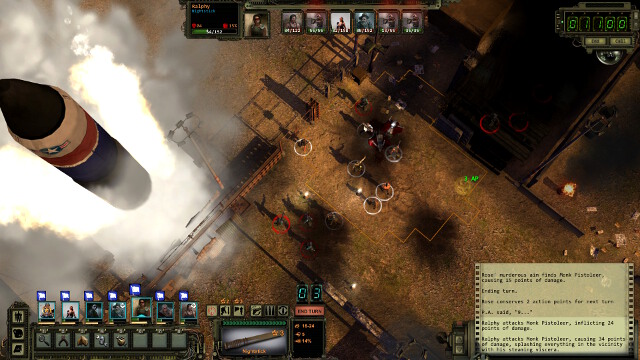 The launching of the Titan

1. Forcible solution - Kill Brother Franks in outpost 1 and Gorski in outpost 3, then head towards the temple. Once you try to force the gate, the desperate monks launch the Titan and the countdown starts. After a while, it will be stopped by Father Enola and he will offer you to surrender be arrested. If you agree, you will get to the underground prison, where you can get out from, using a broken bed leg on the loosened bars. If you refuse to surrender, you can obliterate the entire Temple on the spot and cut to the East, where you head to Damonta from;

2. To avoid paying the offering, you can use the sewers to get to the to the Temple underground. There, take any of the passages to the surface, to the Temple's premises. If you do not set off the alarm then, after you resurface, the monks will, most probably, remain neutral. Talk to Enola then, accept his quest and set out to the East, straight away.