You receive this quest from Jobe at the Auwerter farm. He wants you to kill Danforth and liberate the Happy Valley from the Red Skorpions. Although you can clear the area, while searching for your way to Damonta, you will not be able to approach Danforth because of the powerful Prison safety measures. The entrance is being protected with two turrets. Also, there is an intercom there, which you can use to talk to the commandant, as well as a robot that can be used to destroy the turrets, but it requires a special part - #TRL-01553. You can obtain that part from Tinker at Damonta.

After you return from your journey to Damonta, it will turn out that Scorpions, took vengeance and killed out nearly all civilians. This will happen even if you haven't talked, or fought, gang members. For this reason, you need to do side quest in the Happy Valley before you set out for Damonta, or else the game deems them unavailable or not completed.

After you pay visit to Damonta, you will hear Danforth complaining about the Rangers, on the intercom, who allegedly poisoned his dogs. Visit the location, then, and it will turn out that Jobe is behind all of that. He will give a poison cure to you. Approach the Prison entrance now. You can either use the part from Tinker, to repair the robot, or contact Danforth on the intercom and tell him that you have the cure. He will disable the turrets and you will be able to enter. 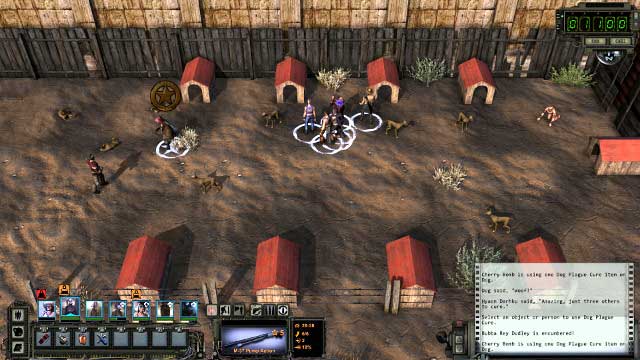 Use the cure on each dog

You can now deal with Danforth immediately, or try to cause a truce between the Rangers and the Skorpions. Talk to Danforth and he will send you to the kennels. Use the cure on each dog and return to the commandant to tell him that you have succeeded. 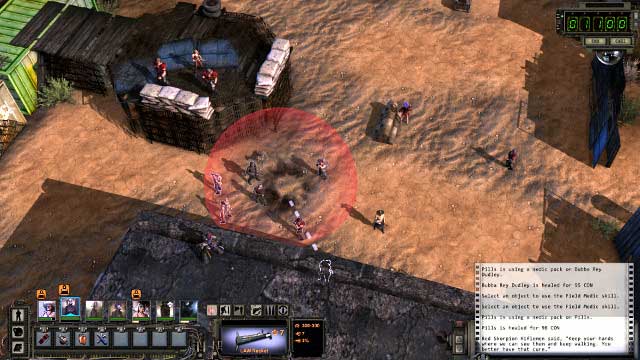 A strong attack from the rooftop, against Danforth, rigs the battle

At the experience level that you should have, after having explored the entire Arizona, fighting the Skorpions at the Prison will be much easier, than when you searched for the Rad Suits - even at a high difficulty level. Before you attack, deploy the party members properly, on the rooftops of the nearby buildings. Start the battle by using a rocket, or a grenade, against Danforth and his guards. Not too glorious, but you will eliminate him immediately, this way, which makes things way easier. You now only need to fight the rest of the gang. Focus on grenadiers in the first place. Then, on the ones with heavy machine guns. If Danforth is already dead, this should be easy to do. After you are over, return to Jobe, to the farm. He will be very happy to hear the commandant is dead. The Happy Valley is now free and the Red Skorpion Militia obliterated.