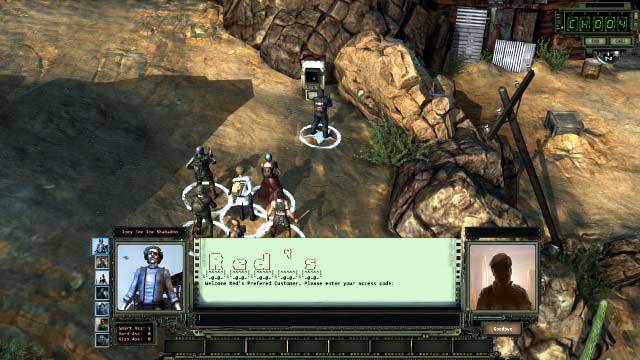 The aim of your visit to the prison is to learn about the way to Damonta. After you ask anybody about Damonta, you will get an answer mentioning Red, who you need to contact. You can find Red in the North-Western part of the map. Unfortunately, the path that leads to him is being guarded by turrets. To outwit the turrets, you need to enter the password to the nearby computer. Red changes the password regularly. You can ask the locals to give it to you, but none of the answers is the correct one. The password for the gate is ROSEBUD and there is no way to learn it. It is an allusion to the first installment of the game, where it used to be the password to the crypt with the most valuable treasures of the Caretaker Cult. Red will tell you that you need to be as old as Vargas to know that, after you mention this. 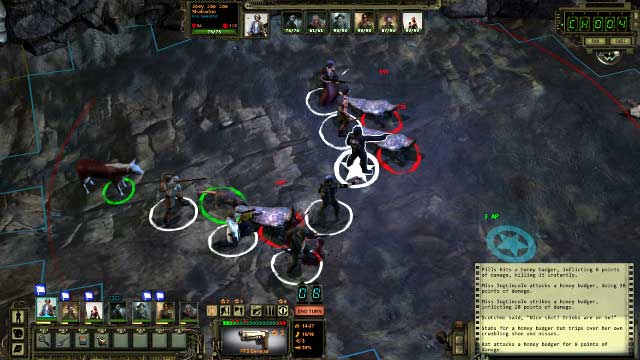 In the cave, you are going to fight mutated animals

An alternative way to reach Red is across the cave in the Western part of the map. To gain access, you need to open the locked gate, e.g. by force. Inside, you will have to fight a group of tough honey badgers (they use weapons with high piercing value). At the fork, turn right, where there are several wolves. Once you deal with them, you can leave the cave. If you go left, you will run into several toads (watch out for the weapons that they rip out of hands) and several lockers. 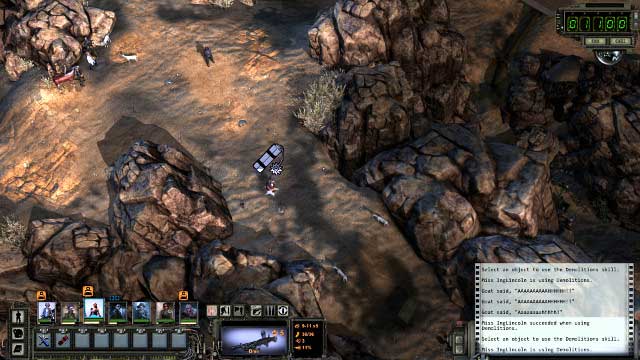 Do not forget to disarm the mines, while exiting the cave

After you exit the cave, there are still several mines between you and Red. Remember to use Perception and disarm them. Red himself is not willing to share the information about Damonta, at first, but you simply need to mention that everyone you asked, directed you to him. To get to Damonta, you need to pass the Canyon of Titan to the East. The problem is that that area is highly irradiated and even the Rad Suits that you bought at the Citadel are insufficient, to enable you to pass through, without problems. . Red mentions some Rick Baychowski, who may have the Rad Suits sufficiently protective. Fortunately, Baychowski is currently being held at the Prison of the Ranger Citadel. Therefore, what you need to do is go back to the HQ.

Note - If you have reached Red through the caves, and you want to leave through the main exit, you first need to use the computer in front of the gate, to disable the turrets - otherwise they will be online for the whole tie and start shooting as soon as you leave.

The Prison is in the North-Eastern part of the Citadel. Baychowski is ready to help you if you promise freedom to him. Talk to the guard and tell him that you need to take the prisoner with you. Baychowski starts following the party and he will mark his camper on the map, where the Rad Suits are (number 4 on the world map). Get there. 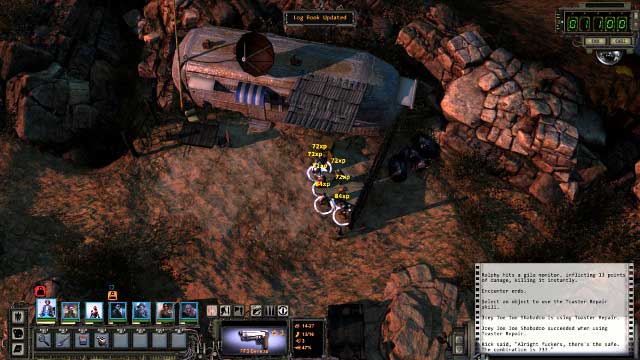 Rad Suits are in the safe under the vehicle

After you reach the camper location, Baychowski asks you to let him walk. If you agree to that, you will have to explain this to Vargas, if not - you will break the word given to him. Rad Suits are in the safe - the code is 733 (Baychowski says this while at the party, otherwise, go Safecracking). Remember to put on the Rad Suits, as soon as you collect them. You can now freely walk around the whole of Arizona, without bothering about radiation. Return to the Citadel to compete the quest, or return to the Prison and put Baychowski back in the cell. Alternatively, go on the carpet to Vargas to explain that you lost the prisoner (tell him, e.g. that he died during an escape attempt).