Darwin is a minor and optional location, which is important, due to its place in the first Wasteland. The town is to the East of the Rail Nomad Camp. You can easily discover this location, e.g. by talking to Thrasher at the Ranger Citadel or by taking Hell Razor's Journal back to Vargas (you can find it at the Rail Nomad Camp). The way to Darwin is highly irradiated so, before you go there, buy at least the basic level 2 Rad Suits, at the Citadel. 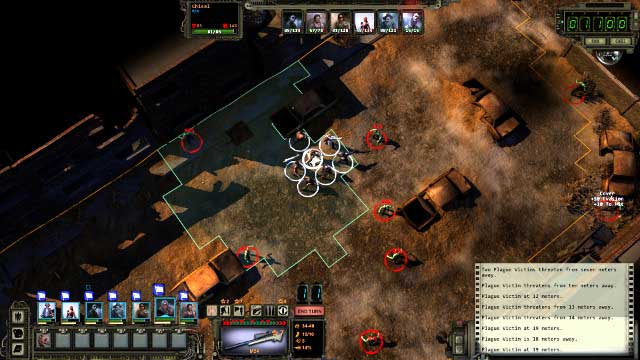 A fight with a group of mutants

Soon after you come, you encounter a group of plague victims, whom you need to fight. They are sluggish but they have 105 CON and there are quite a few of them, so be careful with each fight.

After the battle, take explore the area thoroughly. Near the entrance to the area, there is a stone obelisk . It is a statue that provides every party member with 1 skill point. Apart from that, Darwin is not too stunning, as seen from the outside so, after you search all the corpses, head towards the descent to the underground. 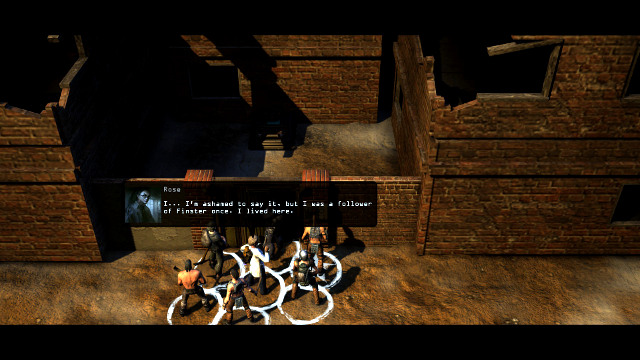 To open the complex, you can use your hacking skills on the nearby computer, or the door What is interesting, if Rose is on the party, she tells you that she used to work for Finster (times of Wasteland 1) and she opens the gate herself, because she knows the combination. You can learn that code at the Rangers' Citadel, by examining Finster's mask exhibited at the museum. The combination is Proteus - 7768387.

Right after you enter, you will be infected with doctor Finster's disease (from the first installment). It decreases charisma by 4 and intelligence by 2 (if you progress to the next level, at the facility, do not contact Vargas up until you remove the disease, to prevent loss of points). If you want to continue in the wastes, you need to find a cure. You have lots of time for that (3 hours) so, there is no rush. In a moment, you will run into Jan. If Rose is in the party, you will also see a cutscene featuring the two of them). Jan instructs you to find and enable the purification system. At the same time, you will be asked not to kill the mutants here, if possible. A bit ahead, there is a descent.

With the high Computer skill, you can open Jan's isolation and expose her to the infection, but she will then attack you; also Rose will fight on her side. 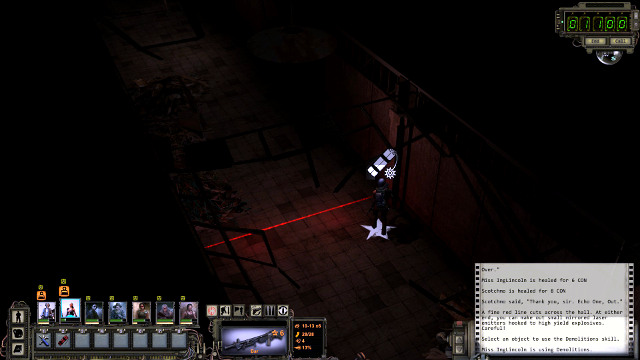 watch out for the traps along your path

Downstairs, go to the door on the right. Among the junk, close to the ladder, there also is a screen. There are two paths to the destination, this one is better, because you do not have to fight mutants here. However, it is not for everyone to follow - the required abilities are: Perception, Sapper and Alarm disarming. If you have any problems following this one, take the other one across the door opposite the ladder. First, you will have to face mutants and several traps in the Northern corridor. First, deal with the electronic locks in the door and follow the corridor, while watching out for the mines - they are visible thanks to the red laser light across the room. The first thing is to spot them - they have been mounted onto the projecting fragments of walls. You can disarm mines with Alarm disarming. , but you can shoot them, just as well - (use the cheapest ammo). You will reach door with electrical lock. The password is Irwin - 47946. Past the door, you will notice a reservoir with a nondescript liquid - shoot it with any weapon at a longer distance (it explodes on impact).

The next stage is the room with Nightmare. It is surrounded by three turrets of medium constitution (CON 155), and a decent firepower. You can take cover behind walls. Thanks to which turrets hold their fire. After you destroy the one opposite the door, you can shield yourself from the fire of the two remaining ones.

You can open the cage with hacking (at least 4, 5) or a password (Iceburg). Nightmare will then want a treat. You can serve it with any - human or animal - body part or feces. It will then start to follow the party. You can also try and kill it - it has as many as eight thousand CON, but this does not pay off. You do not get anything in return and you get very little experience. It is much better to include it in the party. This is not a regular NPC and more like a pet that you have used Animal whisperer on.

Open the door on the right. You walk into a room with crates, a safe and a venting shaft. Walk through the shaft. 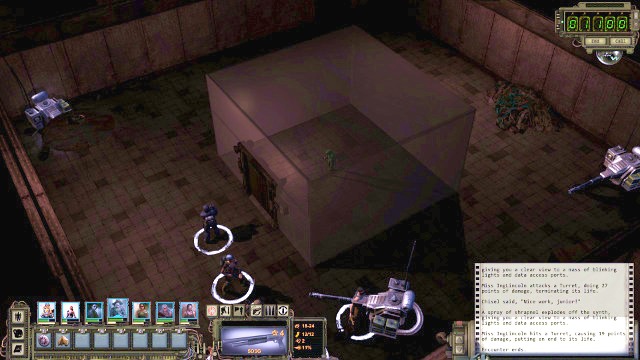 At the lest stage, you need to disassemble the door alarm, or the entire plan will fail - if you open the door with the alarm on, you catch the attention of mutants there, who are plentiful. Right after you pass through the door, go to the computer on the left side shown in the screenshot )do not enter the corridor or the mutants spot you) and disable the venting system, which removes the illness from the complex. From now on, the mutants will not attack you. Now, go into the corridor and, across the passage on the right. 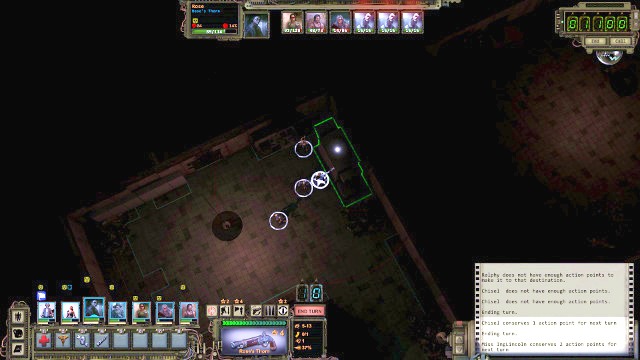 You reach a room with locked doors in the upper part. To open it, use Alarm repair. Inside, you find cure for cancer, which doctor Tideman at the Ranger Citadel wants, as well as a computer with the and a computer with Wasteland game disc in, which you can give to Flintlock at the museum (in return, you will receive an adornment +1 Perception and +1 Luck). 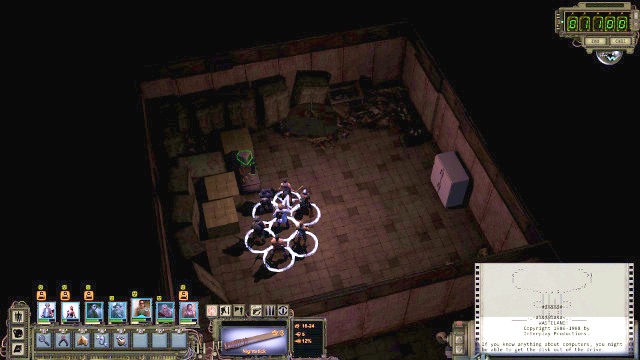 The computer with Wasteland, in the cupboard at the wall, there is the cure for cancer.

Then, you can return to Jan. She asks you to promise her not to spread the word about Darwin. If you agree, you will be free to go. You will get a lot of experience, on condition that you left every mutant unharmed. This also marks the location of the secret shrine. While you are leaving Darwin, you will be accosted by Vipula, who wants to join your party. If you refuse to keep the secret, you will be attacked by Jan and other mutants. Even if you promise that you keep the secret for yourself, you will be able to tell the truth to Vargas and the others the truth, at the Citadel (Vipula leaves the party if you do that).