Right after you enter the camp, you will be approached by Jessie, who wants you to save her boyfriend, who is drowning in the lake. Follow her there. 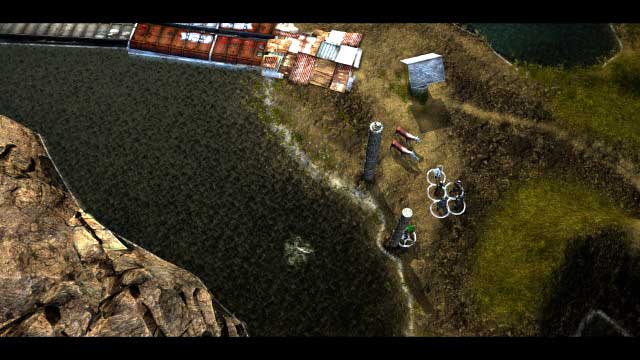 Use Brute Force or the Shovel on the totem, with the guard at (the screenshot), to save Ralphy. Once you are done talking to him, he will return to his house in the central part of the camp. A witness will notice you saving him and he will tell that in the city, which will improve on your reputation. After you visit Ralphy's home, later on, his mother will ask you to accept her son in the party.

Take Ralphy towards the playground, where there is Jessie. They will start talking. There is a bomb in the bike, nearby, which you need to disarm - to detect it, use Perception. Alternatively, it will be spotted by Angela, if she is on the party. After that, Jessie returns to the Atchisonians's camp, and you can accept Ralphy back in the party, which ends the quest. If you fail to disarm the bomb, Jessie will run into it and die, which will make Ralphy very sad.