From Sean Bergin you will learn about the whereabouts of the HQ, right after you enter the city on the crane, for the first time. You can get there to destroy the gang, once and for all, and search their stashes (number 1 on the world map). There, you find a statue that provides every party member with +1 skill point, two heaps of stones that require a shovel, several crates and one safe that is difficult to crack. You can also complete this quest at Kate Preston's, once she becomes the Mayor.

You also receive this quest from Bergin, after you visit the destroyed Highpool, after you have been to the Ag center.

The cutter HQ is a small location comprising a tower and several bungalows. Most of the opponents have firearms, so remember to take cover. With the exception of the shooter on the tower, all of the opponents are exposed and are easy to defeat.

Help the dog find its master

Talk to Adam Doochin, to learn about his missing dog Ha-hau. If you decide to find it, he will give you its favorite toy. us the toy on the dog (close to the cemetery), and he will start following you and you will be able to take it to Adam. You do not need to toy, if you have the Animal Whisperer skill with several points, which you need to use on the dog.

Note - if you try to interact with the dog without the toy, he will attack, on the second attempt and you will have to kill him, which will decrease the opinion about the Rangers that the citizens have.

Save the blazing house 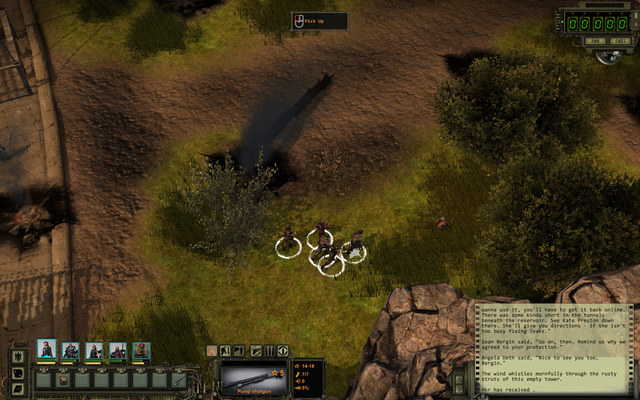 A valve in the grass

You receive this quest right after you enter Highpool, when you are approached by Mark Stachowiak, who asks you to put out the fire. Close to his house, you will find a damaged valve to the nearby pump (if it is difficult for you to find the valve, use Perception and highlighting). put the valve in place. Then, use Mechanical Repairs on the pump. If you do not have it, talk to Stachowiak and use Lick Ass to put out the fire. If you fail to put it out in time, the house burns down, which will act to Bergin's advantage in the elections.

Get rid of the kids nagging at the Vulture's Cry

Cry asks you to drive away the local kids. Give them a pack of cigarettes or the slingshot with bullets. You can find the slingshot on the body lying next to the first destroyed building that you see, after you enter Highpool (it is where you fight the Wreckers). The Bullets are in the game world as junk. Then, talk to the Indian and she will offer to join your party. Then, open her get (with Lock picking or by obtaining the key from Sean Bergin at the crane). If you open the gate before you talk to her, after you drive the kids way, she will escape and you will not be able to include her in the party.

Then, you can go to Harold at the store, from whom you can obtain Cry's equipment. 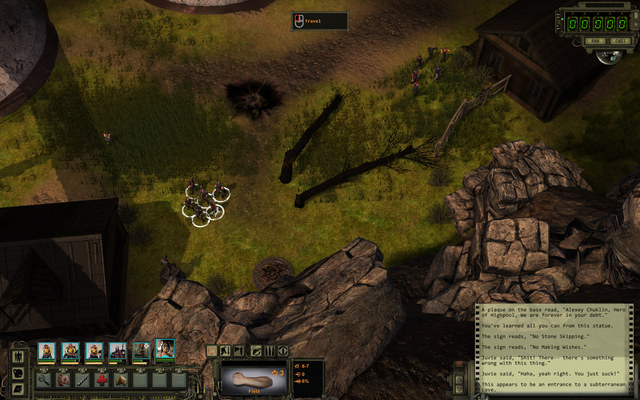 This quest starts at the house of Jess-Belle. Her dowry is endangered because the Wreckers want to steal it. You can drive them away with words (it requires Hard Ass 4), with fists or simply, let them rob Jess. Regardless of what you do it turns out that there is a note in the safe, where Jess's father informs her that he lost her dowry playing cards. You can promise that you retrieve the dowry and that you return it to Jess-Belle. You can find the dowry in the safe next to the tent in the tunnel, to the North of the town. It is a revolver. Return to Jess with the dowry and tell her that you keep the gun for yourself (you do not receive any reward for returning the gun).

You will not be allowed to perform the quest for Jess, you deal with the Wreckers and you do not read the note - she will still be convinced that her dowry is in the safe.

Take Alexey's note to his "soulmate" in Highpool

Alexey gives you a note. Give it to dog Laddie at the town center and he will give you a stoe for Alexeya. Once you take the stone back, you will be able to buy medicine and trinkets from him. There is a sporadic bug in the game that disallows you to speak to the dog (no conversation button). Either way the quest may end up in the death of one of the sides.