The relay that you need to mount the Repeater Unit onto is in the w main complex. After you walk inside, talk to doctor Lawson. Lawson gets angry after you ask about the radio and you ignore the topic of the infection and she will refuse to tell you where the station is (you can obtain this information from her after you promise, with the Kiss Ass, that you will help her contain the situation). However, this does not matter, because the radio tower soon becomes useless, due to the plants that block off the access. To kill the plants, you need to deactivate the irrigation system, i.e. two pumps in the Western and Eastern fields (this also kills the Pods and allows you to cut through the walls of plants). Go to the basement.

In the basement, use the computer next to the descent, to open the Western tunnel. It is full of poison fumes so, you need to dash though. More or less, halfway through the tunnel, the way will be blocked . You can either use the nearby machine to cut through the plants (requires Computer Science skill) or destroy the wall to the side room (with Demolitions, melee weapons or explosives) with a group of opponents inside. At the end of the tunnel, you will find an air conditioning switch. Switch it on to remove the fumes and then off, to unblock the passage. 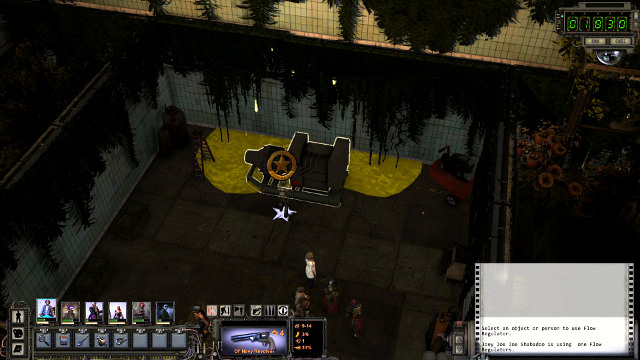 In the Western field, go to the building in the North-Western part. You will find a flow valve there, which you then need to mount onto the nearby pump. Return to the basement and there, using the computer, open the Eastern tunnel.

In the Eastern tunnel, there also are fumes. You can simply dash through (remember that only one character needs to make it to the safety so, the rest can stay at the computer to avoid taking damage), or activate air conditioning. Here, however, it is much more complicated, which requires you to activate, as many as, five fans (details on the basement map). The pump of the Eastern field is exactly across the location. In the room where you find a note in blood. Before you enter, heal the party members, if possible!

Inside, you will first fight several mutated insects. Pay attention to doctor Larsen on the ground. Avoid launching AoE attacks, to prevent hitting him. With the insects dead, it is a good idea to search through the nearby corpses, with Perception, and talk to Larsen afterwards. In fact, he is a synth and he is responsible for the whole situation. 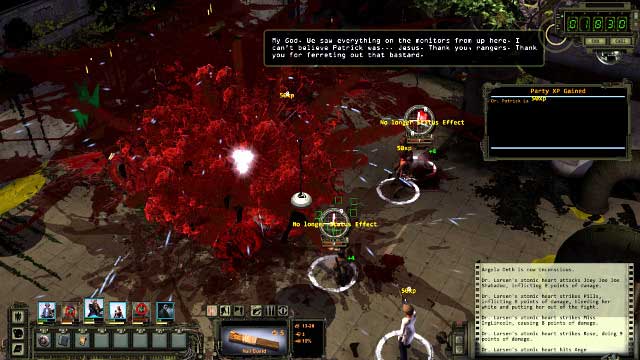 Larsen explodes after he dies - keep your party away from him

You can figure out the fact that Larsen is responsible for everything, by selecting the appropriate dialogue options or, e.g. , simply attack the doctor and he will tell you the truth anyways.

It may be tough to defeat Larsen. Patrick is not too tough and he can be quickly killed with heavy guns but, he performs several strong attacks in a turn. Before you start the fight, make sure that each party member has lots of health and that the medic has first-aid kits, in case someone needs patching up, after the fight. While dying, Larsen will explode and deal heavy damage to the ones near him. Therefore, keep away with your party.

If yours is the basic version of the game, before you get back down into the basement, heal your party and assign ammo - In the field, in the middle of the area, a group of pod people, who may be quite a challenge, for your exhausted party. After you deal with them, return to the basement and return to the main complex. By disabling irrigation, you kill all of the pods, so moving around the Ag center will be much easier, and safer, from now on. They will be exploding, when the part passes by them, but the explosions do no harm to your men.

You still need to mount the Repeater Unit. The tower is in the Western part of the Main complex, if you still have not unlocked the air lock, which blocks the passage off, either talk to Rose to obtain the access codes, or use the Computer Sciences skill on the computer. You can also walk around, across the wall of plants, which can now be easily destroyed. 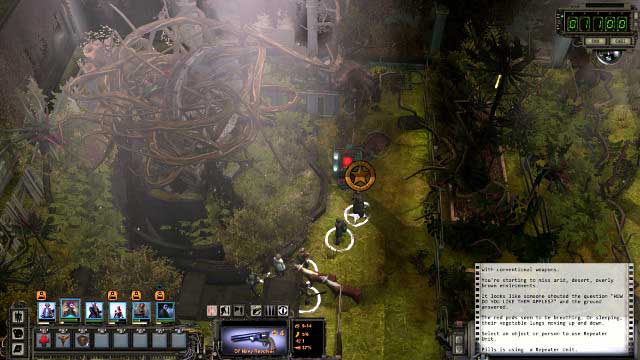 Open the inventory and place the Repeater Unit in the quick bar. Then, select it and clock on the panel, just like in the screenshot. Let Vargas know that you have succeeded and head towards Highpool.