Well – You can resupply water here,

Entrace into Main Complex – Next to entrace is a pod, which'll explode when you'll get next to him and infect you team members in it's attack area with pod infection. Shoot to it at big distance before you go to talk with Kathy, to avoid infection. 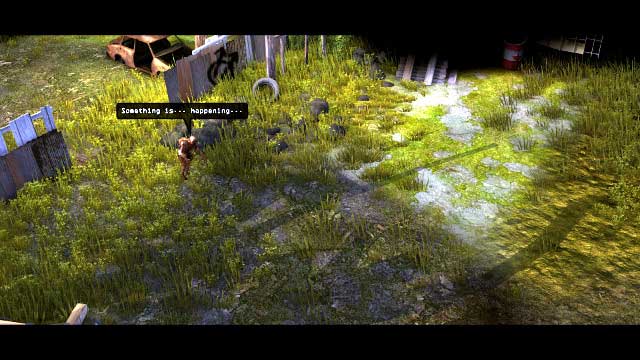 The Ag center is infested with pestilence

The Ag center is being ravaged by the Pod Infection, which turns people into living bombs, which you will witness soon after you get there. While fighting with the infected, it is important to keep a considerable distance of them, because they explode and main everybody within range. With a bit of luck, such an explosion may also kill the other opponents that you are fighting at the moment but, if you do not pay attention, it is your soldiers that will get wounded. At first, instead of the infected, you will have to fight lots and lots of mutated bugs and rabbits, which do not carry guns so, you can quickly face a situation, in which you run out of ammo. Search through all of the rooms and lockers in the fields, to find as much ammo as possible. To obtain all of them, you will have to have the Pick Lock, Safecracking and Computer Science. Also, remember to use your shovel to dig up holes in the ground. Also, remember that you can highlight the interactive items (Z on the keyboard) and about perception, which prevents you from missing anything. You should pick as much gear from the lockers as possible, before you walk inside. Once you have searched through everything, head towards the main entrance. 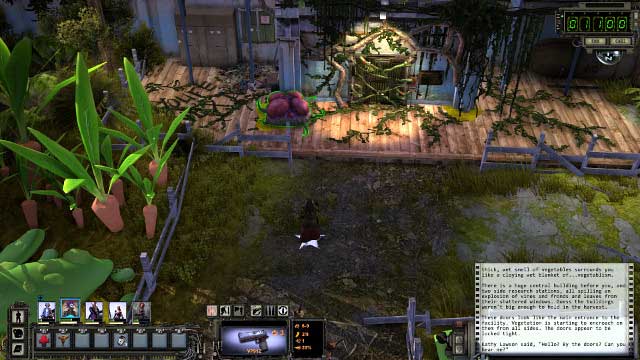 Over the intercom, you will hear Kathy Lawson, but before you approach to answer her, note the four pulsating "balloons" on the left side of the door in the screenshot. This is the Pod that spreads the infection. They explode after they are approached and wound, and infect with the pod infection. The disease is incurable, until you help the local researches develop the serum. Each infected party member has a countdown that shows how long before the character is consumed by the infection and they turn into a monster that you have seen, while entering here. Although it seems to be lots of time, it is simply better not to let yourself be infected. Especially that you receive a very small number of antidotes and four of them will have to be used up for other activities, if you want to complete all of the quests hare.

How not to get infected? It is easiest to shoot from afar, at the Pods. Have the character in front do that. It is necessary that they are using a regular .38 pistol, to prevent wasting better ammo. It is risky, but also allows you to save up on ammo, to run up to the Pod and run away, immediately, right before the burst, outside of the blast radius. Finally, you can also walk around the pods, but this makes no sense, all around the Ag center, there are loads of them and secondly, you need to collect 10 specimens for the antidote. It is best to do that immediately,, Fire at the Pod, collect what is left and, only then, talk to Kathy. This way, you will avoid being infected. Doctor Lawson opens the door and you can walk inside.