On this page of the Wasteland 3 guide, you will find information on the statistics that define your character.

Each party member is defined by a series of statistics. They determine the combat abilities of the characters and their resistance to statuses. They are dynamic and change depending on the attributes and abilities developed, as well as the armor worn. 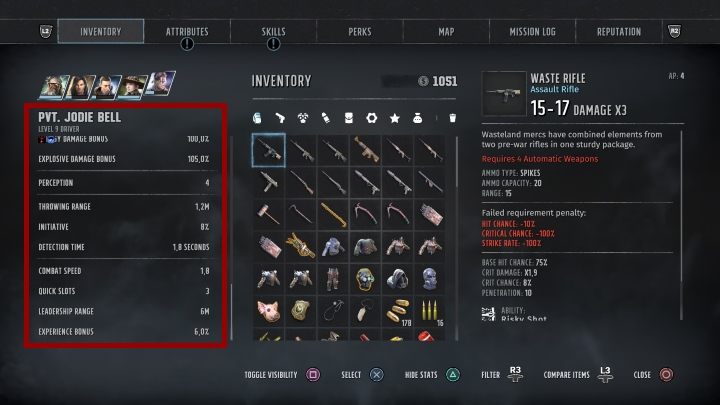 A character is defined by the following statistics: