This page of the Wasteland 3 guide contains information on the covers system and armors. You will find out, among other things, what role the penetration rate plays.

There are many objects on the battlefield that can protect you from enemy bullets. These include various types of sheet metal, barrels (you have to be careful not to hide behind an exploding variant), crates, and vehicle wrecks. When you move the cursor to the place you want to go to and a shield icon appears next to it, that means you'll be covered. 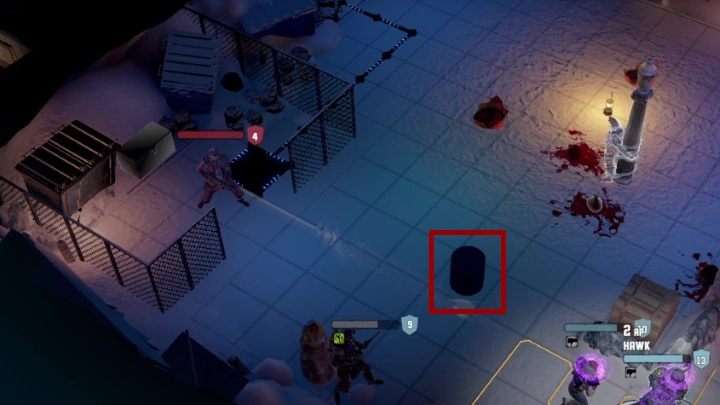 This type of barrel doesn't explode, you can hide behind it.

The battlefield is divided into small square areas. If the shield symbol appears on more than one side, you will be covered from several directions.

Of course, shields are not 100% safe. They reduce the chances of a hit, not eliminate it completely. The opponent can go around them and shoot from an unprotected side. In addition, there is a risk that your hideout will be destroyed. If that happens, you will be forced to change positions.

Terrain also plays an important role. If you are on a hill, the opponent below will have less chance of hitting you. You're even less likely to get injured if you stand behind a cover.

You have to remember that this also works the opposite way. If the opponent is on a hill, they will have a significant advantage. At times like this, focus on finding your way up.

Each character has a specific armor value, which is illustrated by the points you can see next to the character's condition bar. The greater its value, the less chance the enemy will inflict 100% damage. 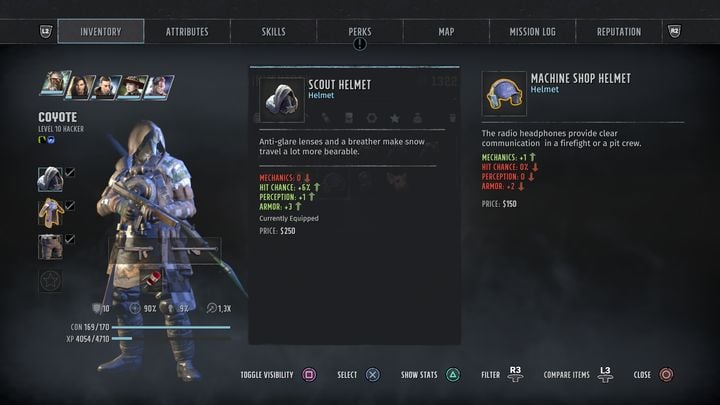 Armor can be built from three separate segments - helmet, chest armor, and leg protectors. You put together your own set, which determines the value of the armor. In addition, these items can have an impact on a character's statistics, e.g. adding points to specific skills.

How much damage you'll deal depends on:

The last element is particularly important. It defines whether an armor can be penetrated with shots. Therefore, a shot can have the following effects:

Penetration is heavily influenced by the type of weapon used. Weapon types that have the biggest impact on this value are heavy weapons (e.g. rocket launchers or flamethrowers), blunt weapons and sniper rifles.