This page of the Wasteland 3 guide has starting tips. These tips will help you at the beginning of the game and minimize the risk of running into problems. 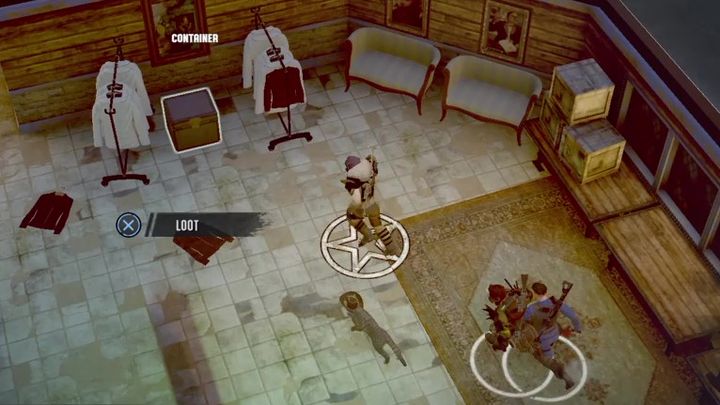 Ammunition plays an important role in the game. Without it, you will be forced to use melee combat. When exploring, look for all kinds of chests. They may contain valuable ammo and medical supplies.

Save the game often

Combat is a very important part of the game. Although the game has an auto-save function, they only happen in more important sequences. By relying only on them, you can lose a lot of progress - all you have to do is lose a minor fight. To avoid this, save the game regularly.

Check the potential consequences of the decision

During conversations with certain characters, you can get several dialog options provided that a given skill is developed enough. They can help you avoid a fight. However, doing so can have consequences and make the later parts of the game more difficult. 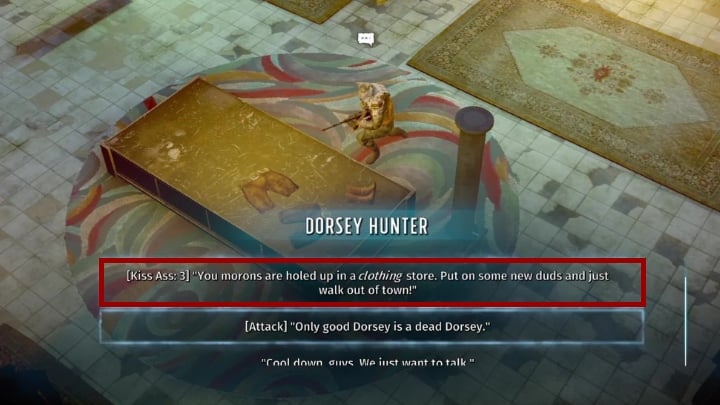 When all optional dialog lines are blocked, select the one with "attack". Then the initiative will be on your side and you will start the fight.

Don't fight in the open

Fights are initiated when you are spotted by opponents or you attack them yourself. The second option is definitely safer. Thanks to it you will be able to choose the right position on the battlefield. Make sure your team is hidden behind covers. This will minimize the risk of getting hit.

Reload your weapon when you're not fighting

Each gun has a limited magazine/clip capacity. Reloading a weapon costs several action points making it impossible to perform any other action in a given turn. Try to reload your weapon when you are not in combat.

Every skill you learn gives your character new benefits. Not only do they give a bonus to statistics, but they also allow for alternative solutions to conflicts and help you avoid combat. When the hero gains a new level, immediately distribute the points.

Starting a fight when a character is in poor health is risky and can result in a quick knockdown. The hero can then be revived, but this will cost valuable action points. Before you start a fight, make sure that the party's health is at a sufficiently high level. You should also heal those who are in worse condition.

If you can't resolve the matter peacefully, choose an option that say "attack"

Some fights begin with a dialogue. In some cases, if you have properly developed skills, you can avoid a skirmish. If you can't do that, select the option tagged "attack." That way, you'll have the first move in a fight.

While performing the first assignment - Welcome to Colorado - you come across Dorsey pointing a gun at Jodie Bell's head. By acting either as a tough guy or a bootlicker, you will save her life If this happens later in the game, she will join the team. In addition, she offers you cigarettes as a thank you, which at the end of the secret mission can be used to recruit the Cat Major.

If the fighting was demanding and consumed a lot of ammunition and medical supplies, then searching the area and the bodies of the fallen may not compensate for the lost resources. If you're running low on supplies, visit a vendor. You'll recognize them by the dollar icon above their heads.

Use elements of the environment 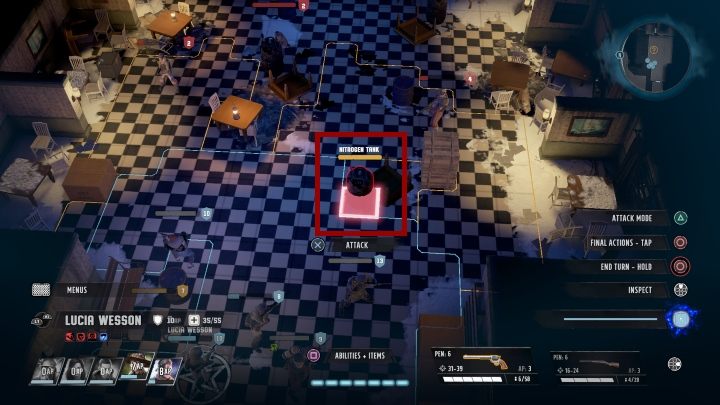 In skirmishes, you may encounter some objects that will give you an advantage. These include nitrogen tanks and exploding barrels. Shooting him will inflict damage in a nearby area. Use it to your advantage. If you notice a few enemies clustered around such an object - shoot it.