This page of the Wasteland 3 guide includes information on character creation. We have included details related to the modification of the character's appearance and storyline background.

At the very beginning, you have to pick a few basic characters. Each duo has different abilities, history and basic statistics. The game features five such teams: 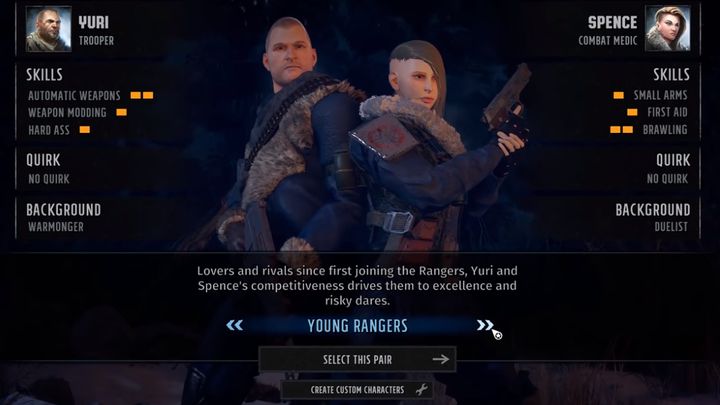 Wasteland 3 also allows you to create your own duo of characters. Once you decide on this option, you will be transferred to a special wizard. That's where you adjust all the parameters of both characters. 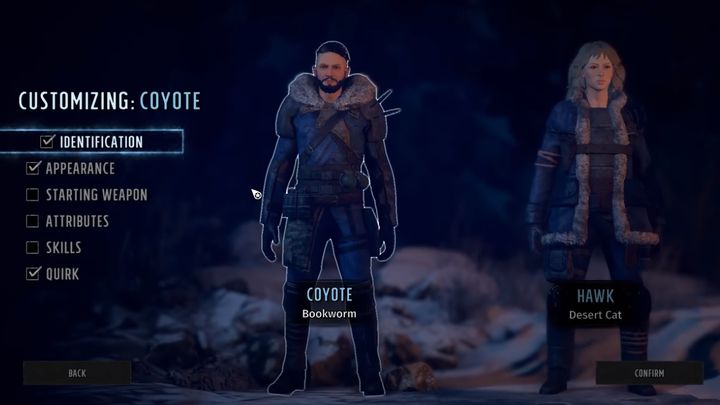 The whole is divided into 6 categories:

Each character in the game has a story background. It has a positive effect on character parameters. If you create your own starting characters, you have the option to choose one of sixteen options.:

The quirks, in contrast to the story background, are not 100% positive. They also carry negative elements. In addition, they can also modify the appearance of the protagonist. However, this element is purely optional and you can skip it during character creation.