On this page of the Wasteland 3 game guide, you will learn more about the combat mechanics - its turn-based format, team management, shield system, and effects on the characters.

In Wasteland 3, exploration takes place in real time. However, the game will switch to turn mode upon starting a combat section. Who is going to attack first depends on the particular situation, namely: 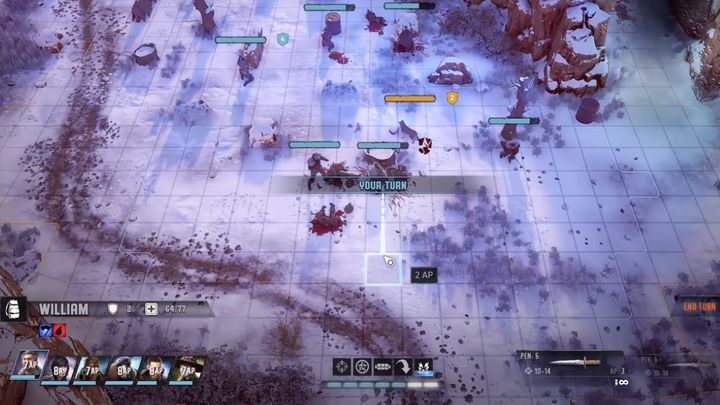 The battlefield is covered with a grid consisting of squares. Within it, you can move your characters. When you decide to move your character to the indicated point, a line will appear showing the path. It can take on two colors indicating whether you will be able to attack an opponent after an action. - White (yes) and orange (no). In addition, there will also be red lines indicating that a particular location could be attacked.

In combat, sides carry out their actions in turns. This means that during a turn you move your entire team at the same time ( the order of actions is not defined or imposed), and when you finish it all the enemy units will move. So you have to schedule actions for multiple characters at the same time. This aspect of combat can be used to perform more complex operations. Of course, you can't do it with no restrictions. Each character has a certain number of action points that determine the scope of their action. 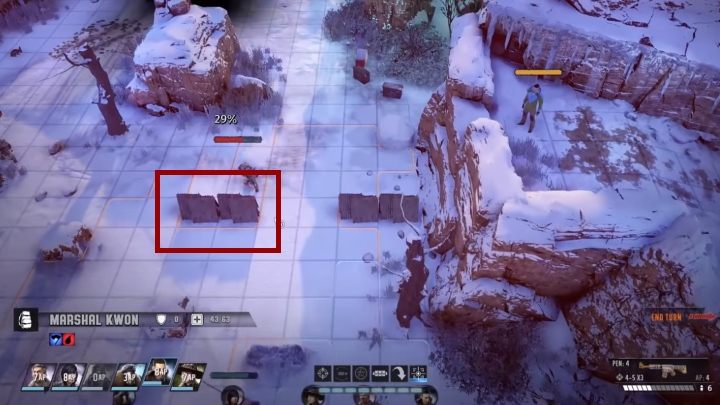 You will also find a number of objects at the site of the clash that you can use as shields. They keep you from being completely exposed. 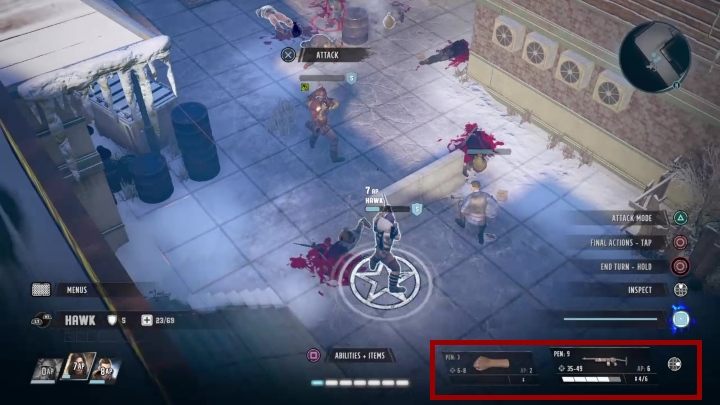 Your team members have all kinds of weapons, that is, from knives to firearms. Each of them can only be used within a specific range. Therefore, it is important to properly plan the best positions of all your team members. In addition, every team member has a second slot for the weapon he or she can use. Use this option to avoid total loss of ammunition.